From 2005 to 2015, five patients with AMI caused by coronary artery embolism were admitted to our hospital, and underwent primary percutaneous coronary intervention (PPCI). Among them, two patients were male and three patients were female; and the average age of these patients was 62 years old (range, 40–78 years old). All five patients were definitely diagnosed with AMI in the Emergency Department according to clinical symptoms, electrocardiogram (ECG) and myocardial enzymology indexes; and underwent PPCI treatment. In this study, clinical features and imaging characteristics of coronary artery angiography were retrospectively analyzed.

Embolism in other parts of the body

One patient developed cerebral infarction in addition to AMI.

Coronary artery embolism is not a common cause of myocardial infarction (12). It has been confirmed by autopsy that the incidence of myocardial infarction caused by coronary artery embolism was 10–13% (13). Furthermore, the consequences of embolism are related to the size of the emboli and diameter of the embolized vessels (13,14). Coronary artery embolism events can easily occur in patients after cardiac valve replacement, chronic atrial fibrillation, dilated cardiomyopathy, infective endocarditis, intracardiac shunts, cardiac myxoma, mural thrombus and hypercoagulative state (15-18). Most emboli would fall to the left coronary artery system, due to the shape and flow characteristics of the aortic valve (19). For patients suspected to have emboli inside the coronary artery, esophageal ultrasound should be used to evaluate whether residual intracardiac emboli exist (20). To date, there is still no consensus in the treatment of coronary artery embolism. For early AMI with ST segment elevation, there are currently two available treatments, intravenous thrombolysis and percutaneous intervention. Some literatures have reported that intravenous thrombolysis could be chosen for the treatment of this kind of coronary artery embolism (21-24). Some studies suggest that a double dose of thrombolysis therapy is superior to a single dose (17), but this view remains controversial. If the emboli falling off are infectious vegetation, thrombolysis therapy is inappropriate (13). Hernández et al. reported treatments for three cases of AMI caused by coronary artery embolism; and all cases were successfully treated with PTCA and stent implantation (25). Treatment methods using suction to deal with emboli inside the coronary artery have been reported (5,17,26,27). There are also studies that reported that some surgeons applied a distal protection device to prevent the distal end of the blood vessel from being embolized, which can improve distal blood flow (26,27).

Among the five patients, one patient had left atrial myxoma, one patient had non-valvular atrial fibrillation and three patients had rheumatic heart disease; and among these three patients with rheumatic heart disease, one patient had post-mitral valve replacement and two patients were combined with atrial fibrillation. Patients with non-valvular atrial fibrillation did not receive anticoagulant drugs, while two patients with rheumatic heart disease combined with atrial fibrillation received warfarin anticoagulant therapy. However, one patient did not undergo detection for blood coagulation function in the last two months, and obtained an incompetent INR score during the detection in the Emergency Department; while another patient had an INR of 1.9 two weeks ago, received antibiotics for upper respiratory tract infection one week prior, and INR fell below the norm. All five patients were diagnosed with ST segment elevation myocardial infarction by clinical symptoms, ECG and myocardial enzymologic changes; and received PPCI. For the patient with left atrial myxoma, after balloon dilatation, the emboli fell to the ending of left anterior descending artery (LAD) branch due to the small diameter of the distal vessel; thus, no suction was conducted. The rest of the four patients underwent both PTCA and thrombus suction. After recovery of TIMI-3 blood flow, all infarct-related vessels were free of residual stenosis. All five patients were considered to develop coronary artery embolism.

Among the two patients with rheumatic heart disease, one patient had post-mitral valve replacement with atrial fibrillation, orally received warfarin, but INR was not monitored in accordance with the provisions; and the other rheumatic heart disease patient with mitral stenosis and atrial fibrillation orally took warfarin, and coagulation indicators were monitored. However, for this patient, the last INR test failed to meet the required standard, and antibiotics were administered, which may have affected the anticoagulation effect of warfarin. The cause for the occurrence of coronary embolism in these two patients was considered to be the inferior anticoagulation effect. In addition, another non-valvular atrial fibrillation patient did not take any anticoagulation drug, and this was confirmed to be the culprit of multiple organ embolisms. The rheumatic heart disease patient, though without atrial fibrillation, developed left atrial enlargement; and the enlargement of the left atrium was considered as a risk factor for thrombosis. For asymptomatic left atrial myxoma, it is difficult to prevent the occurrence of embolism events. Five patients with coronary artery embolism were treated with PPCI treatment; and in two patients, the emboli was drawn out by an aspiration catheter. In case of a huge embolus, this was pulled out via a guiding tube (Figure 2). 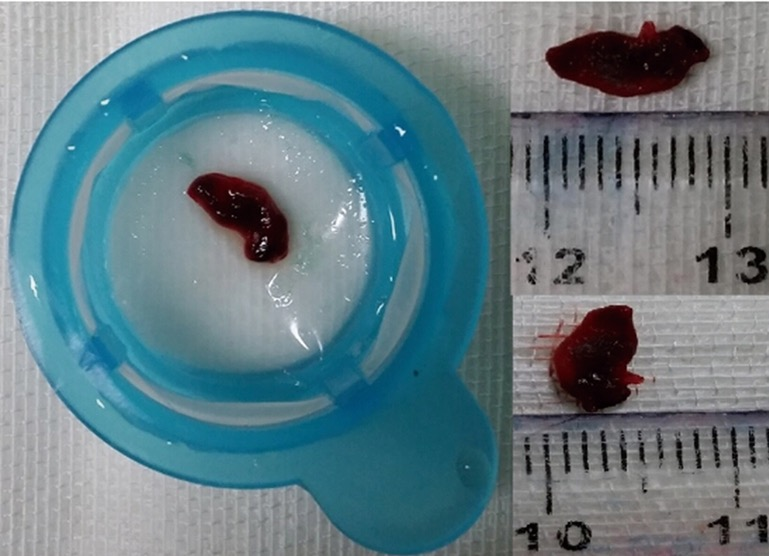 Figure 2 Through the guiding tube removed by coronary artery embolus.

Through the analysis of the above five AMI patients caused by coronary artery embolism, for patients with myocardial infarction caused by coronary artery embolism, emergency percutaneous coronary intervention therapies (including thrombus aspiration, percutaneous coronary artery angioplasty and stent implantation) are very critical. For simple embolization of coronary patients without atherosclerosis, the emboli should be removed as far as possible through various instruments and means; but it should not try to open the vessel by stent implantation, since this would increase the dose of antiplatelet agents that patients require, increase post-operative bleeding risk, and increase the risk of coronary events. For patients with high risk of embolism, effective anticoagulant therapy and close monitoring of the anticoagulation effect are important means of preventing the recurrence of embolisms.