Sleeve lobectomy (SL) can preserve more pulmonary parenchyma and offer equal oncologic efficiency with pneumonectomy, which has been regarded as a preferred approach for selected central non-small cell lung cancer (NSCLC) (1,2). With noticeable advances in both VATS experiences and devices in past decade, some doctors have performed this technique in more challenging procedures such as bronchial SL and double-SL (3,4).

Nevertheless, VATS SL remains a challenging procedure and is mastered only by sophisticated surgeons. This is a result of two-dimensional vision of thoracoscopy and endoscopic bronchial anastomosis is difficult. Here, we demonstrated a case of complete VATS right upper SL and systematic lymph node dissection (Figure 1). 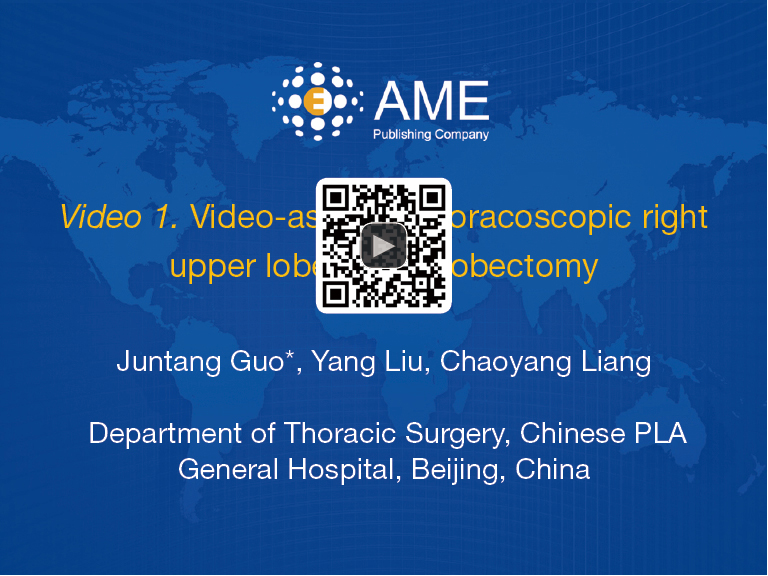 A 62-year-old male patient was admitted to our department for irritable coughing for one month. He had a smoking history for 20 years, 20 packs per day. A 3.5 cm × 2 cm mass was detected in the right upper lobe with obstructing right upper bronchus on chest CT (Figure 2). Bronchoscopy displayed the tumor protruding from the opening of the right upper lobe bronchus and obstructing the bronchus completely (Figure 3). Pathologic examination was proved to be squamous cell carcinoma. 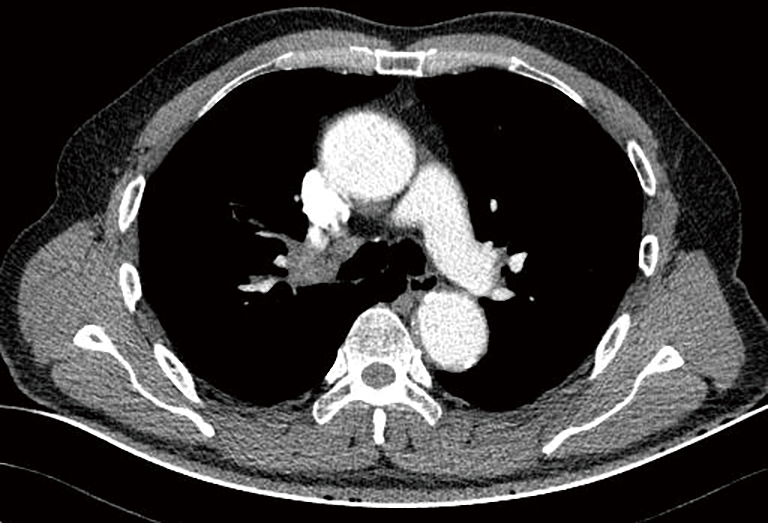 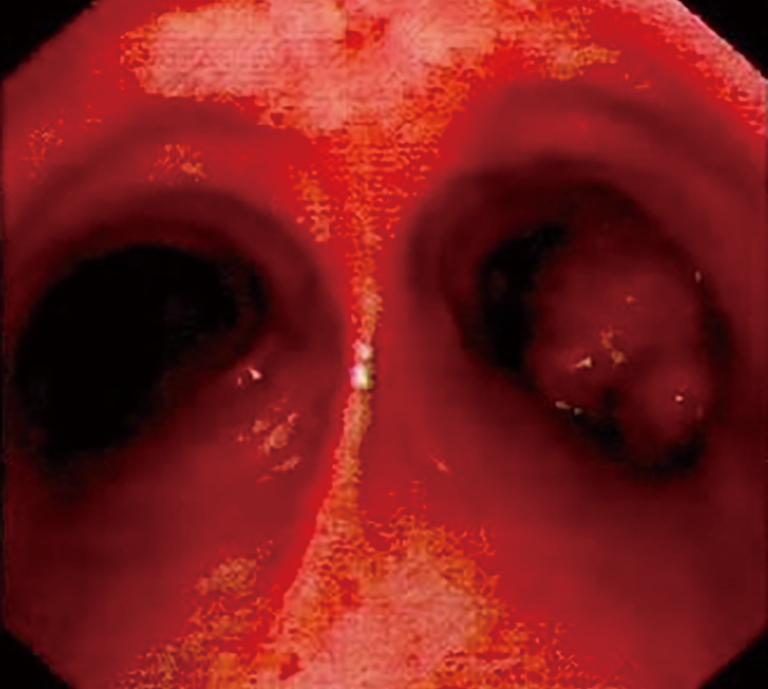 Figure 3 Bronchoscopy displayed the tumor protruding from the opening of the right upper lobe bronchus and obstructing the bronchus completely.

First, dissociation of the lower lung ligament and dissection of the mediastinal lymph nodes of level 9, 7 were performed by ultrasonic scalpel (ETHICON Harmonic). Mediastinal pleura of superior and anterior hilum were divided and lymph nodes of hilum (level 10) were dissected. Second, the right upper lobe vein and apico-anterior truncus were mobilized and transected with a vascular endostapler (Endo-GIA, Medtronic, USA) respectively. Third, oblique and horizontal fissures were separated by linear endostapler respectively following dissection of the station 11 lymph nodes. The two posterior ascending branches were then fully freed and cut by a vascular endostapler. Fourth, azygos vein was transected with a vascular stapler for better exposure. Then lymph nodes of level 4R, 2R were cleared. The right main bronchus and bronchus intermedius were adequately divided. The intermediate bronchus and right main bronchus were cut circumferentially by a knife and scissors. The specimen was removed with a protective bag, and two margins of bronchial stumps were confirmed tumor-free by frozen historical examination. Fifth, end-end anastomosis was initiated from the junction of cartilage-membrane. Continuous suture was performed from posterior wall to anterior wall with 3-0 prolene. Following tightening the prolene suture, the knot was tied outside of anastomosis. Bronchial anastomosis was checked without air leak under water. A 26-F chest tube was placed through camera incision.

We suggest dissecting mediastinal and hilar lymph nodes firstly, which facilitates exposure of posterior wall of intermediate bronchus and separating the oblique fissure. Bronchial anastomosis is the crucial step and remains challenging procedure. The key points of this procedure conclude systemic dissection of mediastinal (station 2, 4R, 7) and station 11 lymph nodes, transection of azygos vein and fully dissociation of the secondary carina and main bronchus (6). Continuous suture is commended to anastomosis, because it is helpful for uniform tensions and reducing operative duration (3). The “difficult-to-easy” and “from far to near” principle should be adopted and sutures should be performed from posterior wall to anterior wall (7). Meanwhile, tangling of sutures is a common pitfall in SL and should be prevented by proper suturing order (8).

This video was granted the Award of Great Potential in the 2017 Master of Thoracic Surgery—Video-assisted Thoracoscopic Surgery Video Contest.