Primary spontaneous pneumothorax (PSP) is a common condition reported in young males. Recently, video-assisted thoracoscopic surgery (VATS) has gained widespread recognition and has become the standard modality for PSP management owing to less postoperative pain, less invasiveness, shorter hospitalization, and fast return to daily routine. However, the recurrence rate of PSP remains high, and some other surgical approaches, including parietal pleurectomy, mechanical abrasion, and reinforcing the staple line with synthetic materials, have been considered (1-3).

Recently, numerous etiologies of recurrent pneumothorax following VATS have been proposed. While missed bullae have been recognized as the reason for recurrent pneumothorax following VATS, new bullae formation is now being considered an important etiology (4-7). We have previously reported that higher tension in the staple line which was associated with bulky resection during VATS, increased the risk of recurrence (7).

Typically, new bullae developed at two different sites: predominantly in the staple lines and others in the non-stapling lines. Although several previous studies have suggested that the formation of new bullae was associated with the recurrent pneumothorax following VATS, these findings did not reach a statistical significance and did not delineate the new bullae formation according to the site of bullae (1,8,9).

Thus, the aim of this study was to evaluate the etiology of recurrent pneumothorax according to new bullae formation, particularly the site of bullae.

After obtaining approval from the institutional review board, we conducted a retrospective review of the electronic medical record (EMR) system to identify patients (age, <30 years) with PSP who had undergone first-time VATS between April 1, 2009, and December 31, 2014. We identified 301 patients with 415 operated lungs. Of these, 20 patients underwent bilateral VATS for bilateral pneumothorax or unilateral pneumothorax with contralateral visible bullae identified using chest high-resolution computed tomography (HRCT) and 37 underwent contralateral VATS during the next hospitalization post first VATS. Of these 415 operated lungs, follow-up HRCT was performed in 85 cases, and they were included in this study. Of note, HRCT was reconstructed in 3-mm-thick images of the entire chest, and 1-mm-thick images of the apex were added.

We reviewed the patients’ EMRs, comprising all operative notes and pathologic reports. The findings of the chest X-ray and HRCT were reviewed using the Picture Archiving Communication System. The assessment method of the longest length and the specimen volume are described elsewhere (7). The presence of new bullae and pneumothorax in HRCT was assessed by two thoracic surgeons (C.B.P. and S.Y.C.). In addition, new bullae formation was categorized depending on the site of bullae as follows: (I) in the staple line or (II) in the non-stapling areas.

In total, 76 HRCT scans were performed for the assessment of pneumothorax symptoms and 9 scans were performed for the evaluation of other causes, such as pneumonia, pleural effusion, and so forth. Among 85 HRCT scans, ipsilateral recurrences were noted in 18 scans, contralateral recurrences were noted in 41 scans, and no pneumothorax was detected in 17 scans.

Categorical variables are presented as frequencies and percentages, and continuous variables are presented as the mean ± standard deviation. Continuous variables were compared using the paired t-test and categorical variables using chi-squared or Fisher’s exact test, as applicable. In addition, the Kaplan-Meier method was used to ascertain the cumulative probabilities of recurrence along with the long-rank test of significance. Furthermore, Cox regression models were used to identify significant risk factors for recurrence. All statistical analyses were performed using the SPSS software.

In this study, we examined 85 follow-up HRCT scans post the first-time VATS in PSP and 21 recurrent pneumothorax cases that were diagnosed and 60 new bullae were identified.

In the recurrence group, the mean age was significantly lower than in the non-recurrence group (17.1±1.2 vs. 18.6±3.6 years, respectively; P=0.005). However, sex, height, body weight, and body mass index exhibited no differences between the groups. In addition, the reinforcing material, such as Neoveil (Gunze Co., Ltd., Tokyo, Japan) was used at the discretion of individual surgeons, and the usage rate was not statistically different (P=0.259). The durations between the index operation and HRCT follow-up periods did not differ between the group (P=0.466) (Table 1). Furthermore, the group with new bullae in the staple lines exhibited a significantly higher recurrence rate than the group without new bullae in the staple lines (76.2% vs. 35.9%, P=0.001) (Table 1). 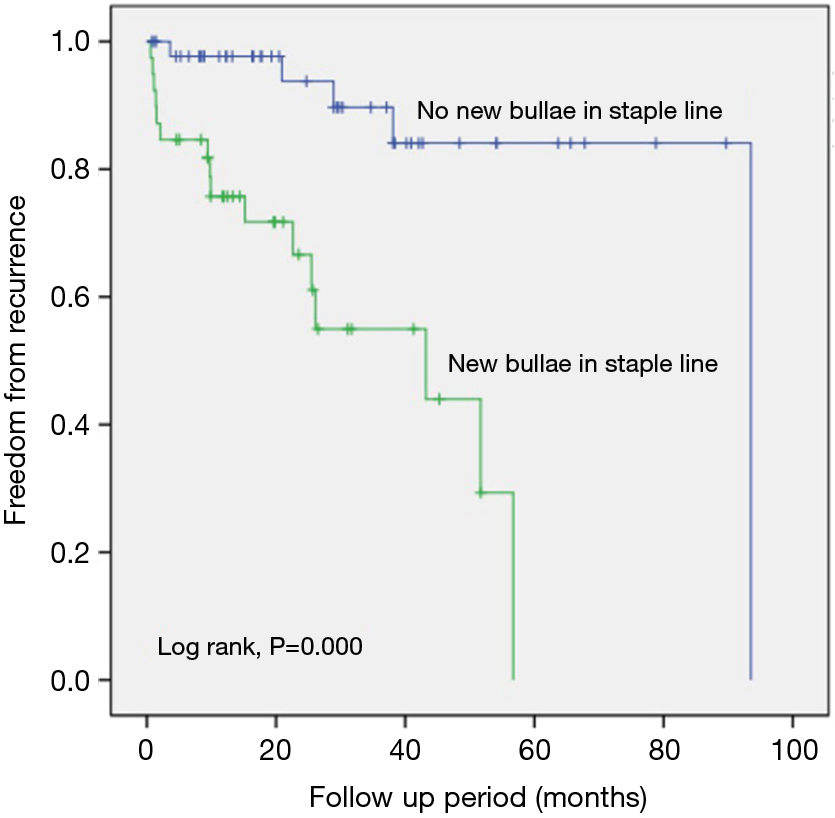 Figure 1 Kaplan-Meier curve of the freedom from recurrent pneumothorax according to the presence of new bullae in the staple line. 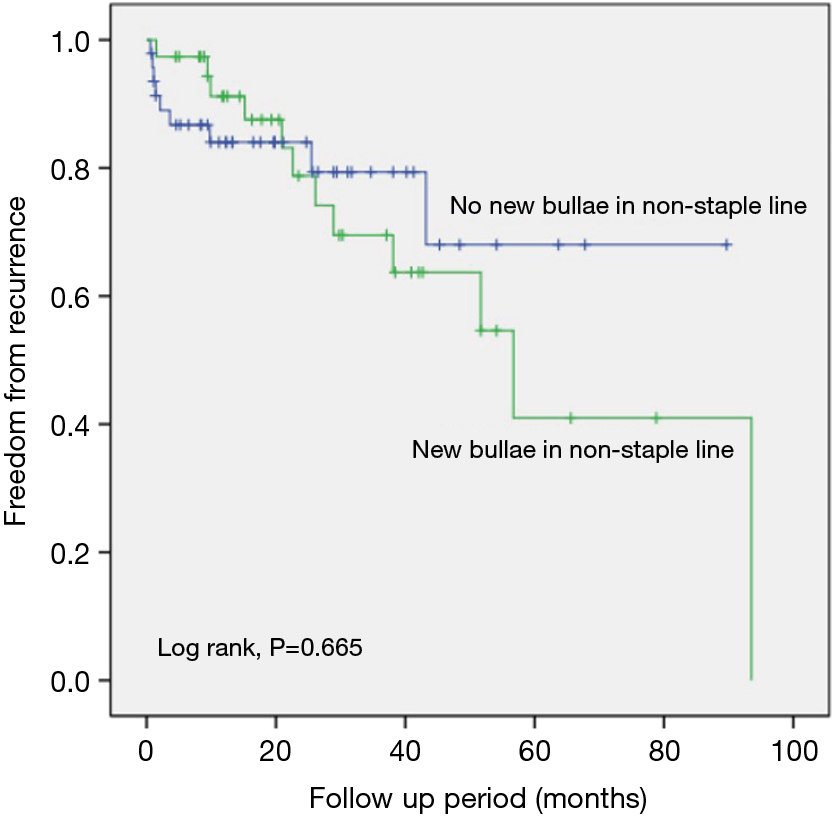 Figure 2 Kaplan-Meier curve of the freedom from recurrent pneumothorax according to the presence of new bullae in the non-staple line.

This study primarily established that new bullae formation in the staple lines augments the risk of recurrent pneumothorax following VATS in PSP.

In conclusion, new bullae formation in the staple line increases the risk of recurrent pneumothorax following VATS for PSP. Therefore, the current concept of the resection of bullae with a sufficient margin should be re-evaluated, and other procedures for decreasing the tension at the stapling line should be established.

Ethical Statement: The study has obtained approval from the institutional review board (OC17RESE0137). Written informed consent was obtained from the patient for publication of this manuscript and any accompanying images.