A 70-year-old man presented with right chest pain. He had undergone surgery for esophageal cancer 11 years before via a right thoracic approach, and the esophagus was reconstructed using the stomach through a retrosternal route. A radiograph showed simultaneous bilateral pneumothoraces, with the pneumothorax being more severe on the left side than the right (Figure 1). A computed tomography (CT) scan revealed two bullae in the right lung and a bulla in the left lung. A chest tube was inserted into the left pleural space. Unexpectedly, both lungs were found to be fully expanded without performing a drainage procedure on the right side. Considering the existence of a pleuro-pleural communicating channel, we reviewed the CT scan and observed an air space in the mediastinum, which combined the bilateral pleural cavities (Figure 2). 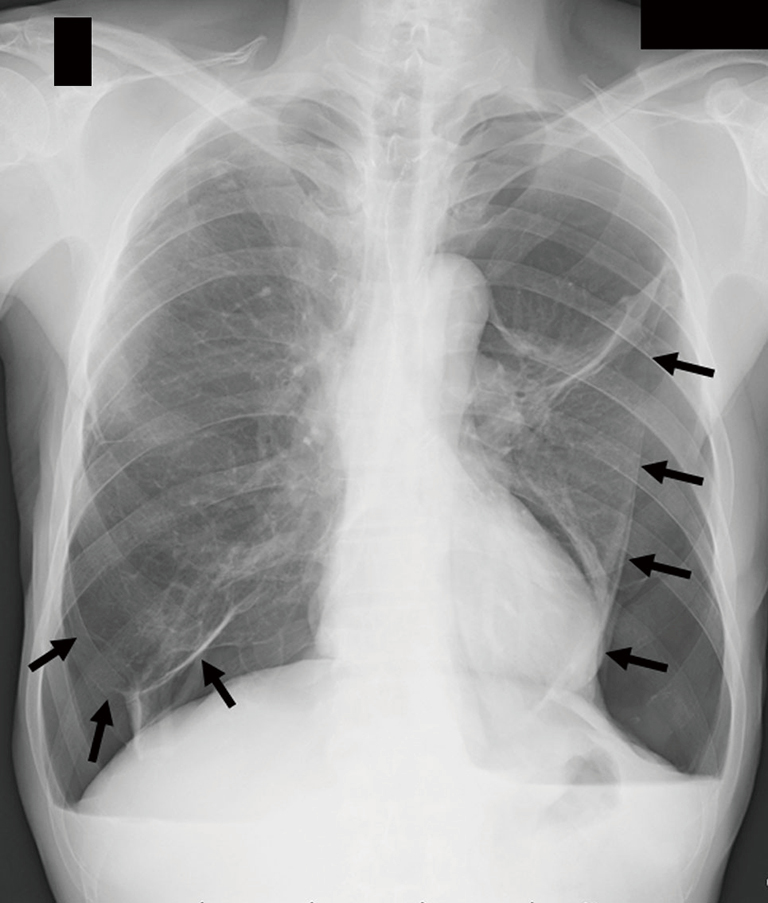 Figure 1 Chest radiograph on admission showing simultaneous bilateral pneumothoraces. Both of the lungs collapsed, as shown by the arrows. The pneumothorax was found to be more severe on the left side compared to the right.

Figure 2 CT scan showing simultaneous bilateral pneumothoraces and a bulla in the right lower lobe (arrowhead), and bridging air space in the mediastinum, suggesting the presence of a pleural window connecting the two pleural cavities. The pleural window was shown in the coronal image more clearly than in the axial. There were membranes on the left side of the pleural window (arrows), and they might work like a flap, as shown by the double-headed arrow (square). CT, computed tomography.

Air leakage stopped two days after initiating pleural drainage, so the chest tube was clamped to know the side where the air leakage occurred. The following day, radiography indicated the presence of a small pneumothorax in the left side. After five hours of observation, the patient complained of dyspnea. At this time, a radiogram showed left-side dominant bilateral pneumothoraces similar to the original pneumothoraces at the time of admission.

Before surgery, we inserted another chest tube in the right pleural cavity and unclamped the left chest tube. Interestingly, no air leakage was seen from the right chest tube. During the left-sided surgery, no bullae or lesions causing pneumothorax were detected in the left lung. However, we found a 5-mm pleural window between the descending aorta and the pericardium approximately 3 cm above the diaphragm through which the right thoracic cavity was seen (Figure 3). In addition, there were a few sheets of membranous structure in front of the pleural window, although the membranes did not completely close the pleural window. We finally closed the pleural window by direct suturing and completed the surgery. 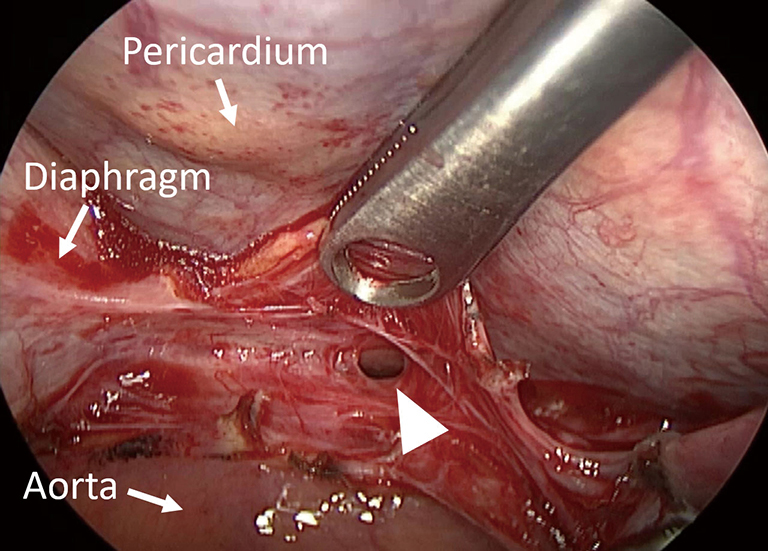 Figure 3 Intraoperative finding showing a 5 mm-long pleural window (arrow head) between the descending aorta and the pericardium about 3 cm above the diaphragm through which the right thoracic cavity was seen.

In the present case, the origin of the pneumothoraces was likely the bulla in the right lung. Although the left pneumothorax was more severe than the right pneumothorax, the patient actually complained of right chest pain on admission. Ultimately, we should have given more importance to his chief complaint.

We would like to thank Editage (www.editage.jp) for English language editing.