Pulmonary pleomorphic carcinoma (PPC) is a rare, poorly differentiated, epithelial cell tumor comprising 0.1–0.6% of all lung malignancies (1). PPC is classified by the World Health Organization as a lung tumor including at least 10% giant cell and/or spindle cell elements plus components of adenocarcinoma, squamous cell carcinoma, and large cell carcinoma (2,3). PPC has a more aggressive clinical course than other subtypes of NSCLC (4,5). Because it is rare, few studies of PPC patients are available, and most are reports of surgical treatment. Data on the clinicopathological characteristics and prognosis of PPC are limited. Mochizuki et al. (4) reviewed 70 cases of surgically resected PPC, describing it as an aggressive disease. A retrospective study of 33 PPC patients by Nishida et al. found that prognosis following surgical resection was worse than that of other NSCLC patients (6). This study reviewed the clinical and pathological characteristics and survival of PCC patients in a large national population-based database to better understand its clinical behavior and factors that affect survival.

Data on PPC patients diagnosed and treated between 2004 and 2014 were extracted from the SEER database (http://seer.cancer.gov/) database using SEER*Stat software version 8.3.5 (https://seer.cancer.gov/seerstat/). The study cohort included patients with the International Classification of Diseases for Oncology, third edition (ICD-O-3) histology code 8022/3. Eligible patients had a single primary tumor, sequence number 0 or 1; histologically confirmed malignant PPC, complete follow-up data, and known age and race. Signed authorization and permission were obtained from SEER to access and use the dataset. Approval was waived by the local ethics committee, as SEER data is publicly available and de-identified.

Overall survival (OS) was the interval from the date of diagnosis until the date of death from any cause or the date of the last follow-up. Patients who survived less than 1 month were coded in the SEER database with a survival time of zero. A survival of 0.5 months was assigned to those patients following standard epidemiological convention.

Cumulative survival curves for each patient variable were constructed using the Kaplan-Meier method and were compared using the log-rank test. Patient variables with prognostic value were identified by Cox proportional hazards regression and reported as hazard ratios (HRs). Variables with P values <0.1 in univariate analysis (UVA) were included in multivariate analysis (MVA). Nomograms were derived from the results of MVA as previously reported (8). Prediction error was estimated with 200 bootstrap samples. The concordance index (c-index) and calibration plots were used to evaluate model performance. The c-index measures discrimination and from 0.5 to 1.0. A larger c-index indicates better accuracy to distinguish subject outcomes (9,10). Nomogram plot calibration was used to estimate the overall agreement between predicted and the observed survival as previously described (11). Statistical analysis was performed using R version 3.4.3 software (http://www.r-project.org/). The R package included survival, rms and ggplot2. Statistical significance was set at a two-sided P value <0.05. 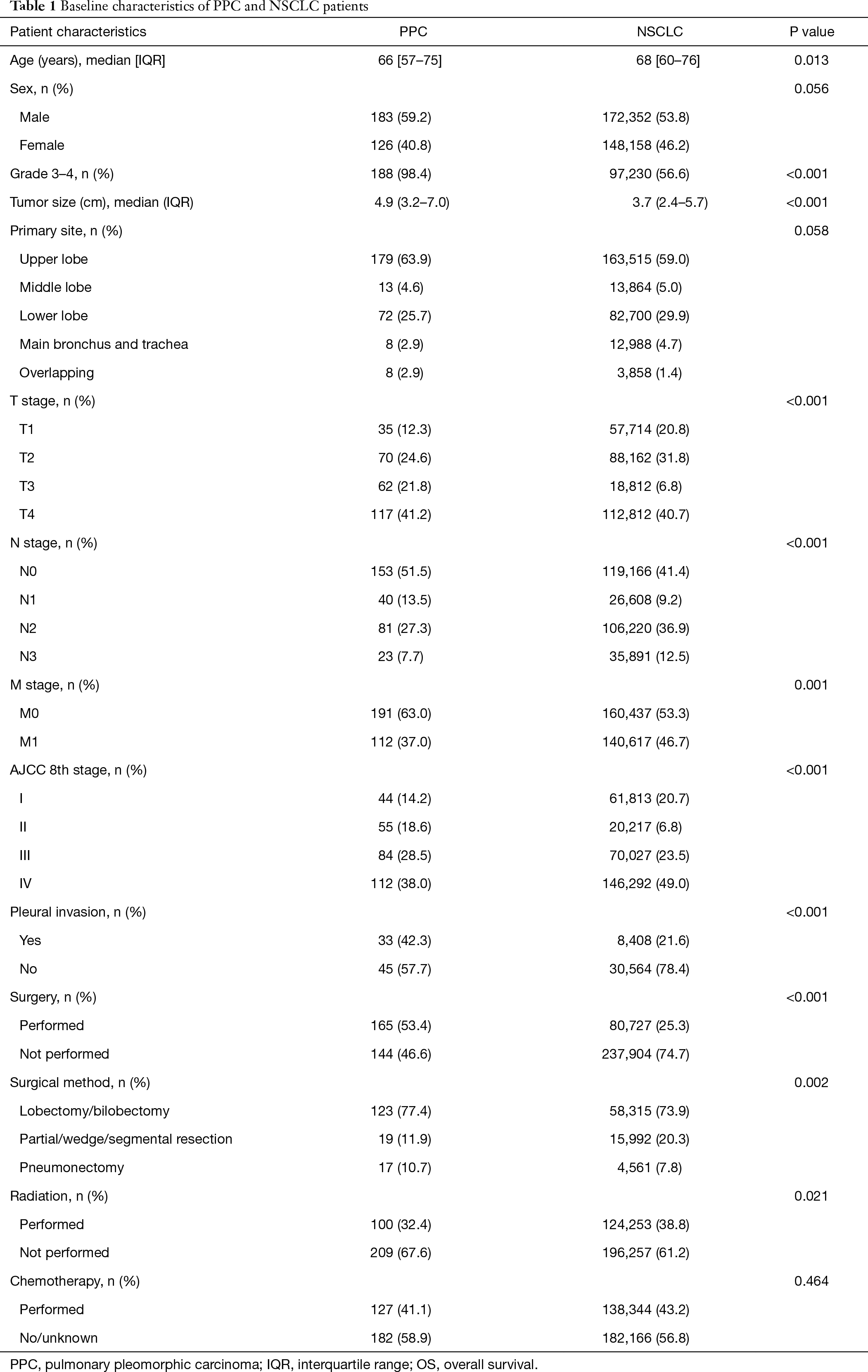 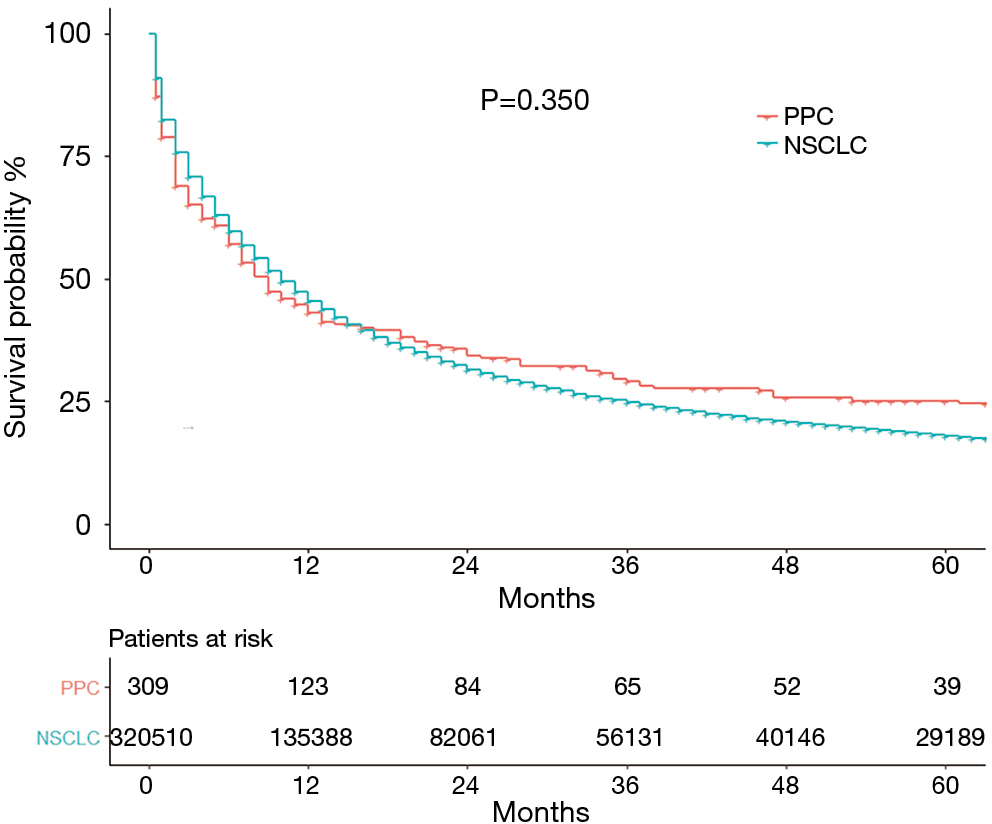 Figure 2 Kaplan-Meier estimate of overall survival of patients by (A) age, (B) sex, (C) race.

Figure 3 Kaplan-Meier estimate of overall survival of patients by (A) tumor grade, (B) pleural invasion, and (C) AJCC stage.

Figure 4 Kaplan-Meier estimate of overall survival in patients treated by (A) surgery, (B) chemotherapy, or (C) radiation.

MVA included all covariates with a P value <0.1 in UVA. As pleural invasion and AJCC stage were correlated with TNM stage, they were not included in the MVA to avoid collinearity among factors. Results of the UVA and MVA Cox proportional hazards regression are shown in Table 2. MVA found that age (P=0.047), T stage (P<0.001), M stage (P<0.001), surgery (P<0.001), and chemotherapy (P<0.001) were independently able to predict survival. A nomogram including the variables independently related to survival is shown in Figure 5. One-, 3-, or 5-year OS can be estimated by adding the points corresponding to the patient’s characteristics. The nomogram had a c-index of 0.798, which indicates relatively good discriminative ability. Calibration plots of the nomogram prediction accuracy are shown in Figure 6, and show good agreement of actual and predicted 1-, 3-, and 5-year OS, with a slope close to 45. 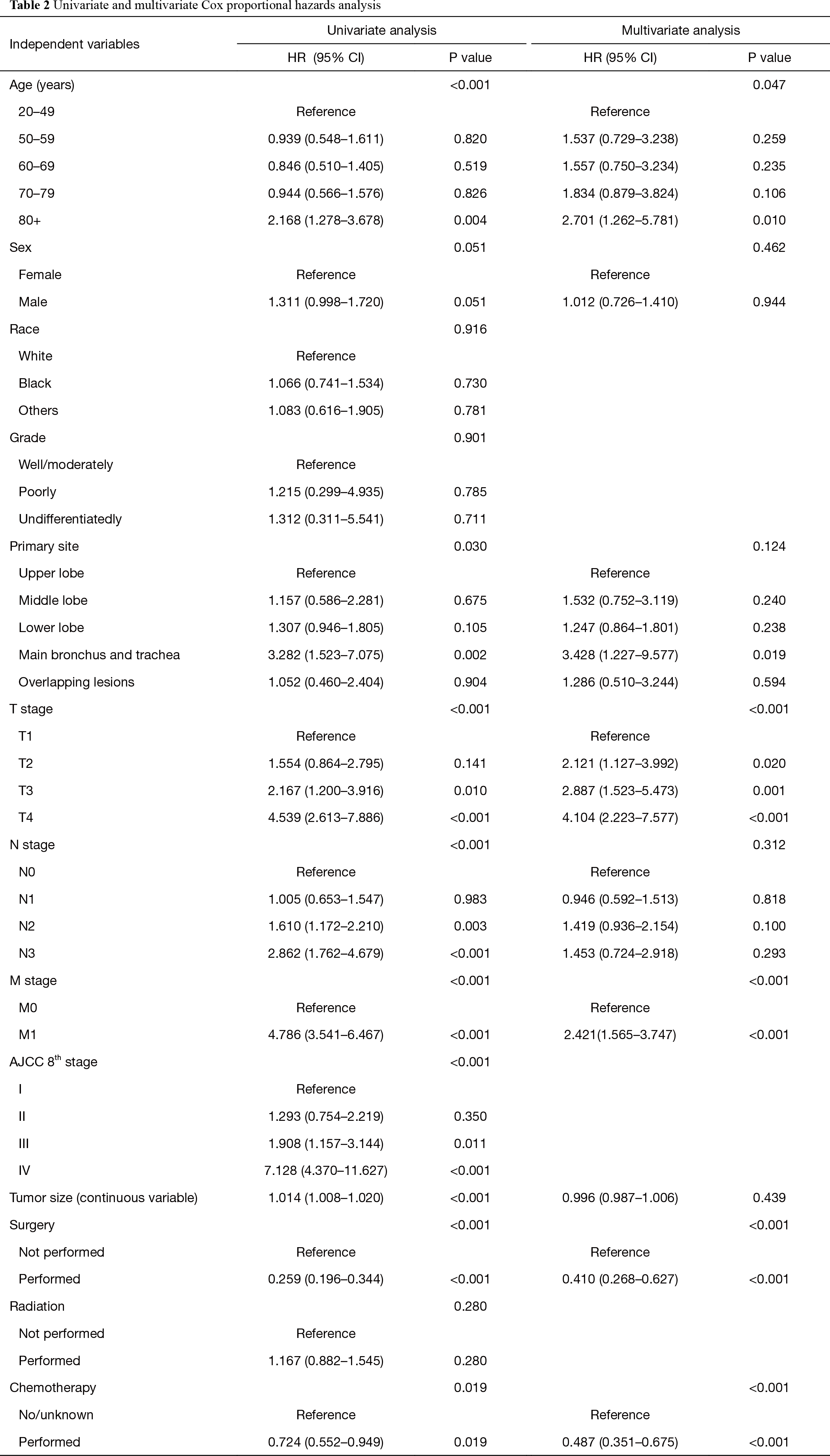 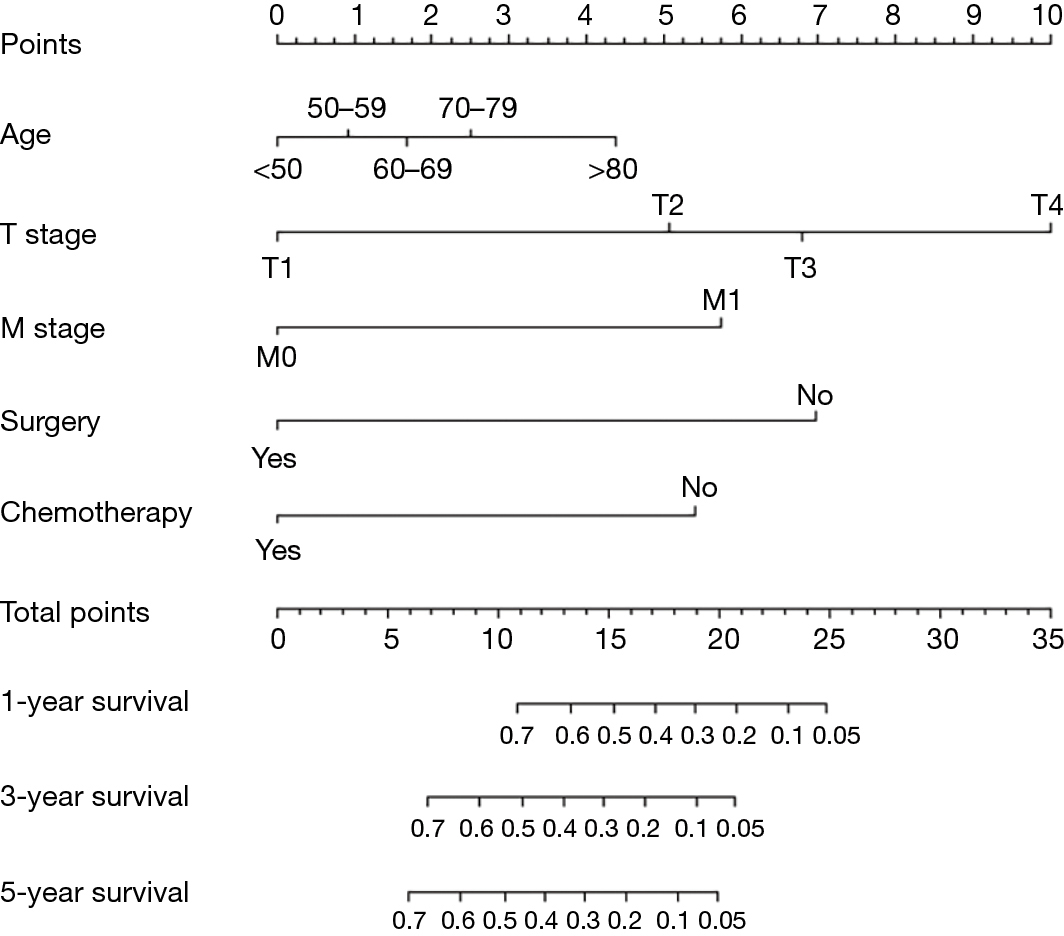 Figure 6 Calibration plots of the nomogram prediction of (A) 1-year, (B) 3-year, and (C) 5-year overall survival of pulmonary pleomorphic carcinoma (PPC) patients. The red line represents equality of the observed and predicted probability.

Because of its rarity, few data on the clinical features and prognosis of PPC are available. A large cohort of 309 PPC patients included in the SEER database was analyzed to study this cancer. The aim was to describe the clinicopathological characteristics of PPC patients and compare them with other NSCLC populations. Age, T stage, M stage, surgery, and chemotherapy were found to be independently associated with survival, and a nomogram derived from the Cox regression model was built to accurately predict the prognosis of PPC patients in the study cohort.

PPC comprised 0.1% of the NSCLC patients retrieved from the SEER database, which is consistent with the 0.1–0.3% previously reported by Chang et al. (1). In the SEER population, the median age at diagnosis was 66 years, and despite racial and regional differences in other reports, is consistent with the median 60–70 years of age in previous studies. Men made up 59.2% of the SEER cohort, and ranged from 67% to 95% in other studies, indicating that PPC has a strong male predominance (1,4-6,12).

A group of clinical characteristics unique to PPC and reported in this and in other studies includes occurrence in white patients, originating in the upper lobe, poor differentiation, and AJCC stage IV (5,13-15). In line with previous reports, PPCs frequently invaded the pleura or chest wall, which made resection difficult (5). PPC patients also had significantly larger and less well differentiated tumors, more frequent treatment by radical surgical resection, less N+ disease, and fewer distant metastases compared with other NSCLC patients (P<0.001). Pelosi et al. (15) reported PPCs with tumor diameters >3 cm in 84% of their patients, and rarely encountered small tumors with diameters <3 cm. In the SEER sample, the median PCC tumor diameter was 5.0 cm, comparing with 3.8 cm in other NSCLCs (P<0.001). The size difference may result from a lack of early PPC-specific manifestations combined with rapid growth. Previous estimates of PCC growth by computed tomography CT using a method described by Schwartz found tumor doubling times of <30 days, which is shorter than those of the common types of NSCLC (13,16-18).

The patient variables that influence prognosis and long-term survival of PPC are controversial. PPC may have a more aggressive clinical course and poorer outcome than other NSCLCs (4,19,20), but Yamamoto et al. found no difference in the OS of PPC and other NSCLC patients (21). The median OS of the PPC patients in this study was 9 vs. 10 months in those with NSCLC. In this analysis, which was not case-matched, the difference in OS was not significant. PPCs did have a poor prognosis even when early stage disease was treated effectively. The median OS for advanced-stage PPCs was extremely poor, 13 months for stage III and 2 months for stage IV, which resulted in a sharp decrease in survival probability in the first year after diagnosis. Distant metastasis involved a larger population in other NSCLC than in PPC, which did narrow the difference in median OS.

Age, T stage, M stage, tumor size, AJCC stage and surgery, remained significantly associated with survival following MVA, and the Cox regression results were used to construct a nomogram to predict 1-, 3-, and 5-year OS. The nomogram is easy to use and would be a useful clinical tool for physicians and patients, as it showed that surgery had a strong impact on OS. As in other NSCLCs, surgery is the preferred treatment for stage I, II, and some stage III PPCs. Adequate follow-up therapy after surgery can improve prognosis (17), and the benefits of surgery are greater with resection at an early stage (4). The surgical procedures include lobectomy, pneumonectomy, and partial, wedge, or segmental resection. Lobectomy is widely accepted for complete resection because of its pulmonary preservation. The benefits of surgery are less clear in patients with nodal metastasis. Raveglia et al. (19) and Yuki et al. (20) reported statistically significant differences in the OS of patients with pN0 and pN+ tumors, but Fujisaki et al. found that the presence of lymph node metastasis at surgery did not predict OS or disease-free survival in another series of 44 patients (22). A 9-month benefit in median OS was seen in pN0 patients compared with pN1 patients who underwent surgery, but the difference was not statistically significant.

Previous studies reported that postoperative adjuvant therapy contributed little to improving the prognosis of PPC patients (5,23). Radiotherapy did not influence the OS of the patients in this study, but chemotherapy was independently associated with OS in both univariate and multivariate Cox proportional hazards analysis. Bae et al. (23) reported a poor response and high recurrence in advanced PPC patients treated with chemotherapy regimens effective against NSCLC. That study included 13 patients treated between August 1999 and November 2006. Since then, new chemotherapeutic agents have been approved and supportive treatment developed to reduce the effects of adverse reactions has improved treatment response. Tamura et al. reported relatively long-term survival in two PPC patients treated with a carboplatin, pemetrexed, bevacizumab regimen (24), and Lee et al. reported strong responses to treatment with mesna, doxorubicin, ifosfamide, and dacarbazine (MAID) in two platinum-refractory PPC patients (25).

Novel targeted treatments are under investigation. In an evaluation of 42 pleomorphic carcinomas, Chang et al. (26) identified EGFR somatic mutations in 23.8% of the tumor tissues and p53 in 28.5%. In a similar study, Jia et al. (27) found EGFR mutations in 15.7% and KRAS mutations in 14.3% of a series of Chinese PPC patients. EGFR tyrosine kinase inhibitors may thus be an alternative treatment, improving the prognosis of PPCs with EGFR mutations (28).

The study limitations include the lack of smoking history, CT findings, and data on recurrence and presence of genetic mutations in the SEER records. Those variables could not be evaluated in our study. Other studies have reported that a history of heavy tobacco use increased susceptibility to PPC (4) and that the presence of a large central area or cavity with low-attenuation (>25% of the tumor) on CT predicted poorer disease-free survival (4). The treatment variables that influenced prognosis could not be fully evaluated because complete information on surgical procedures, chemotherapy regimens, and radiation dose/technology were not included in the SEER records. The performance status of patients, which is the valid factor influencing the prognosis of patients with lung cancer, was also not recorded in the SEER database and therefore was not included in our analyses (29). Finally, the retrospective study design and use of nonrandomized data may have introduced confounding in analysis of covariate effects. Large prospective multicenter studies could provide a more comprehensive analysis of risk factors and suggest novel treatment rationales for PPC patients. To our knowledge this study is currently the largest population-based PPC series and provides a novel, predictive model of PPC prognosis that performed well in this case series.

Funding: This work was supported by the Research Program of Shanghai Health and Family Planning Commission (201640102) (www.wsjsw.gov.cn), the Suzhou Industry Technology Innovation Program (SYSD2017172) (www.szkj.gov.cn), and the Shanghai Sailing Program (No. 17YF1402400) (www.stcsm.gov.cn).

Ethical Statement: Approval was waived by the local ethics committee, as SEER data is publicly available and de-identified.