Fire in the operation room is an example of a never event, which should never happen. An oxidizer, fuel, and ignition source are necessary for a fire and these all exist in the operating room (1). General anesthesia requires the use of 100% oxygen. Drapes, surgical gauzes, and alcohol-based prep solutions are usually combustible substances. Electric scalpels or other energy devices can be the source of ignition. Most operation fires were caused during head and neck surgery owing to the presence of oxygen and the use of a laser (2). Surgeons need to be careful not to cause a fire. At the time of thoracic surgery, a high concentration of oxygen is required for anesthesia with one-lung ventilation, which increases the risk of fire. We report a case of fire during video-assisted thoracoscopic surgery (VATS) with one-lung ventilation for the treatment of both sides of bilateral pneumothorax at the same time.

A 71-year-old man was admitted to our hospital complaining of breathing difficulty. Chest X-ray showed bilateral pneumothorax. Both lungs were fully inflated by inserting a thoracic tube on both sides and aspirating the chest cavity.

Chest computed tomography displayed multiple pulmonary bullae on each side. Although his respiratory condition improved immediately after aspiration of the chest cavity, even after 5 days, both lung leaks continued and there was no improvement. We hence decided to perform a bullectomy by VATS on both sides of the lung at the same time.

Under general anesthesia with isolated pulmonary ventilation, the patient was placed in the right lateral decubitus position. When we observed the left thoracic cavity, the left lung was collapsed and there was good visibility within the thoracic cavity. We confirmed the leaking bulla at the lung apex. Bullectomy was performed with a 45–60 mm Endo-GIA Tri-Staple (Covidien, USA). The operation on the left side was completed with no problems.

When we observed the thoracic cavity from first port, the lung was not sufficiently collapsed and a giant inflated bulla was blocking the third port. To rupture the giant bulla, we first tried to make a hole using grasping forceps. However, this was not possible because of the elasticity of the cyst wall. Next, we tried to use an electric scalpel through third port to rupture the giant bulla. When a hole was made in the bulla and it collapsed, the Thoracoport burned (Figures 1 and 2). The Thoracoport was removed and extinguished immediately. The patient and staff in the operating room were unharmed. Bullectomy was subsequently performed without any problems, similarly to the left side. The surgery lasted 167 min, and blood loss was minimal. 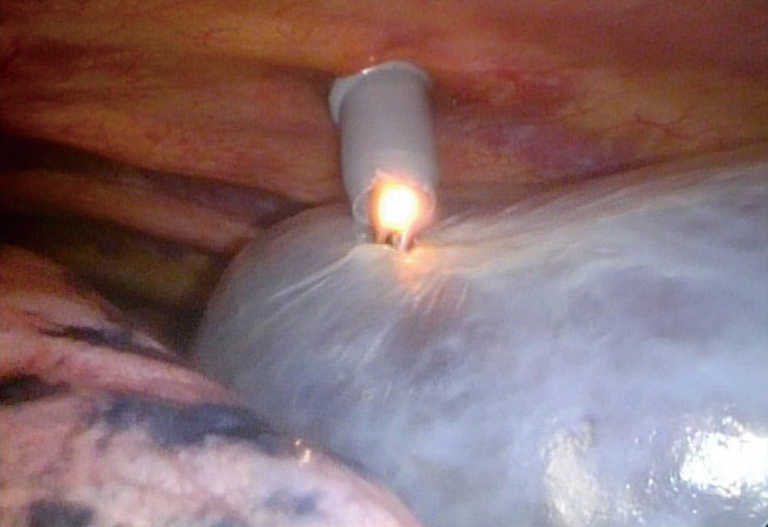 Figure 1 Photograph showing the Thoracoport on fire when a hole was made in the giant bulla using an electric scalpel. 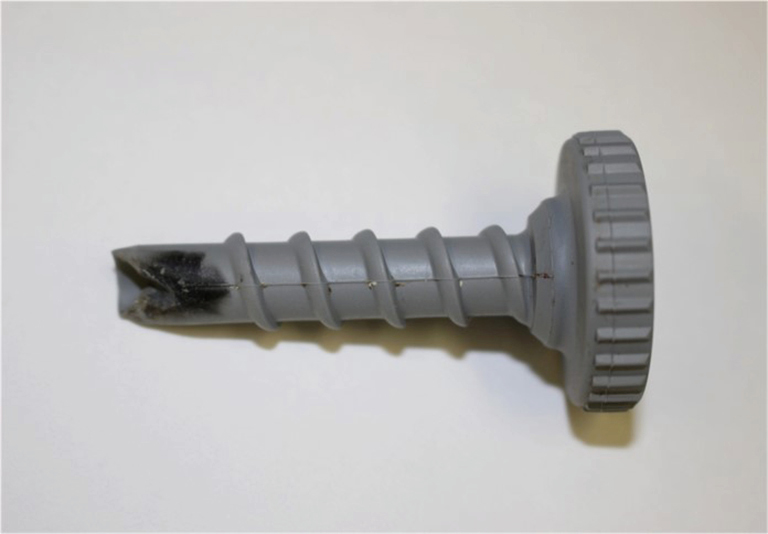 Figure 2 The burnt end of the Thoracoport.

Postoperatively, the patient recovered with no complications and was discharged from our hospital on the twenty-first day in hospital. The patient has not had recurrence of pneumothorax until present.

Operating room fires sometimes cause serious damage, not only to the patient but also to medical staff, and should never happen. About 600 events of operating room fires occur each year in the United States (3). However, there are very few reports on fires during thoracic surgery. Surgeons must always take care of the possibility of fire.

Our present case highlighted an important issue. Electrosurgery should be avoided for removing a bulla. One-lung ventilation under high concentration oxygen is usually used for thoracic surgery. As oxygen levels in the room increases, the risk of ignition and the extent and speed of the fire will increase (4).

Owing to the poor oxygenation caused by the emphysema and bilateral pneumothorax, our patient was ventilated with 100% oxygen during surgery on the left side.

The expanded bulla was found when the thoracic cavity on the opposite side was accessed under one-lung ventilation. In such cases, we should consider the possibility that the bulla is filled with a high concentration of oxygen.

When performing thoracic surgery through a small incision like in VATS, if an expanded pulmonary cyst located directly under the port interferes with the surgery, it is necessary to destroy the cyst. In such a case, scissors, scalpels, or needles are usually used. In our case, bullectomy was performed on both sides for bilateral pneumothorax. High concentration oxygen was supplied to the right lung and accumulated in the giant bulla during left side bullectomy. In addition, as VATS is performed in a closed or semi-closed cavity, high concentration oxygen that leaked out from the lung filled the right thoracic cavity.

The remaining intrathoracic oxygen and the use of an electric scalpel near the Thoracoport are thought to be factors that contributed to the fire. Thoracoport is made of flammable polyethylene. The use of an electric scalpel in this situation resulted in the presence of the three elements required for a fire, namely, an oxidizer, fuel, and ignition source, resulting in burning of the Thoracoport.

Incidents of fires occurring in various organs has already been reported in the literature. For example, the endotracheal tube was burnt by an electric scalpel during tracheostomy (5). In the thoracic cavity, when an electric scalpel was used near the bronchus stump, a double-lumen tube caught fire (6). If the operative field is the respiratory central airway, it can easily catch fire by using an electric scalpel. However, even when it is the peripheral airway, there is the possibility of fire, as in our case. In another case, free gas in the abdominal cavity, which occurred by gastrointestinal perforation, caused an electric scalpel to catch fire (7,8). Therefore, the use of scissors, a scalpel, or a needle is recommended in this situation.

In conclusion, we reported a case in which a fire occurred when a hole was made in a giant bulla using an electric scalpel. The oxygen density in the peripheral airway is high enough to cause a fire. Therefore, when an expanded bulla needs to be removed, it is more preferable to use scissors, a scalpel, or a needle rather than electrosurgical equipment. Furthermore, it is important to communicate with the anesthesiologist during the perioperative period, particularly in cases in which pneumothoraxes on both sides are operated on simultaneously.

Informed Consent: Written informed consent was obtained from the patient for publication of this Case Report and any accompanying images.