Pulmonary atypical carcinoid (AC) tumors are rare intermediate-grade malignant tumors which are derived from neuroendocrine Kulchitsky cells of the bronchopulmonary mucosa and submucosal glands and comprise from 10% to 35% of all pulmonary carcinoid tumors (1). Based on the latest World Health Organization (WHO) classification of bronchopulmonary carcinoids, AC are defined as ≥2 mitoses but <10 mitoses per 2 mm2, coagulative necrosis, or both (2). Although surgical resection is the preferred treatment for AC, the appropriate management of AC remains controversial and the prognosis is still uncertain.

In our study, we aimed to analyze clinicopathologic features, long-term outcomes, surgical strategy and prognostic factors of AC patients in our institution.

Following surgery, the patients were followed every 3 months in the first year and every 6 months thereafter. The follow-up was performed at clinic visits and by telephone or mail.

Surgical procedures were carried out for the 68 patients included 49 lobectomies, 10 pneumonectomies, 6 bilobectomies, 2 sleeve lobectomies, and 1 wedge resection. Systematic mediastinal lymph node dissection was added in all cases. Surgery was the only treatment in 31 patients, whereas 37 other patients also received chemotherapy and/or radiation treatment. The chemotherapy regimens administered included etoposide plus cisplatin, paclitaxel plus cisplatin, navelbine plus cisplatin, and irinotecan plus cisplatin. The radiotherapy dosage in these patients was 50–60 Gy. One patient had a liver metastasis and was treated by hepatic artery interventional therapy. No operative or postoperative mortality was observed. Postoperative complications were observed in 5 patients (7.4%), including arrhythmia (n=2; 2.9%), persistent air-leakage (n=2; 2.9%), pneumonia (n=1; 1.5%). 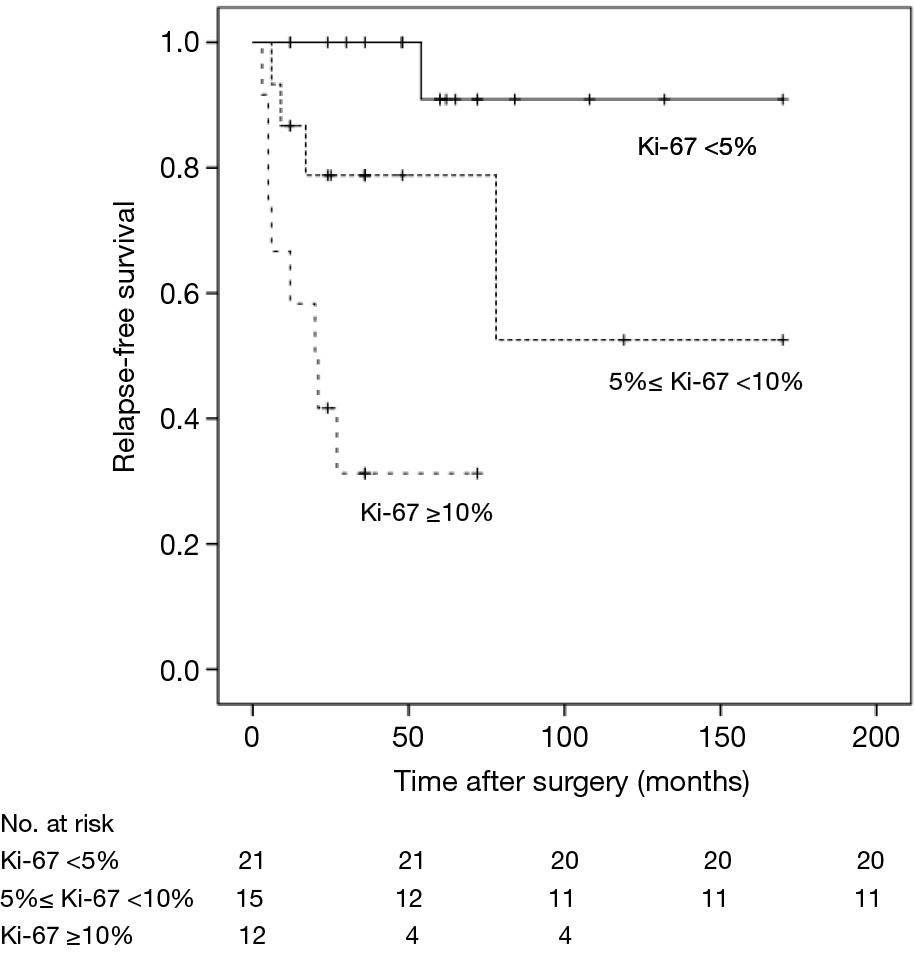 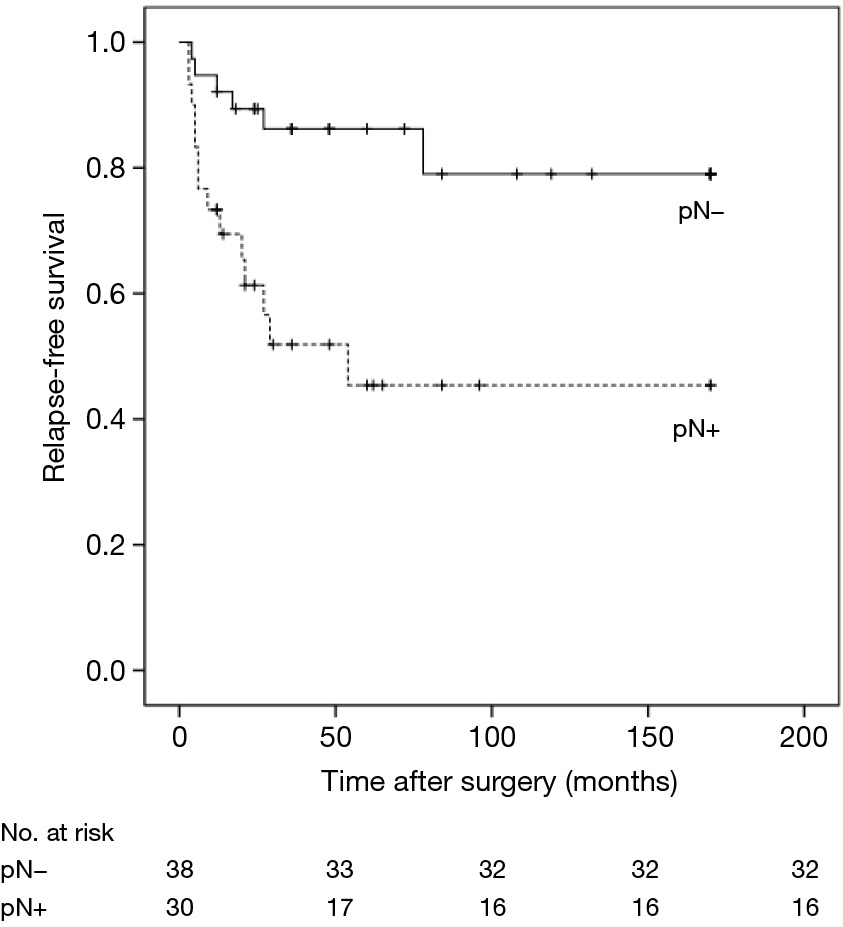 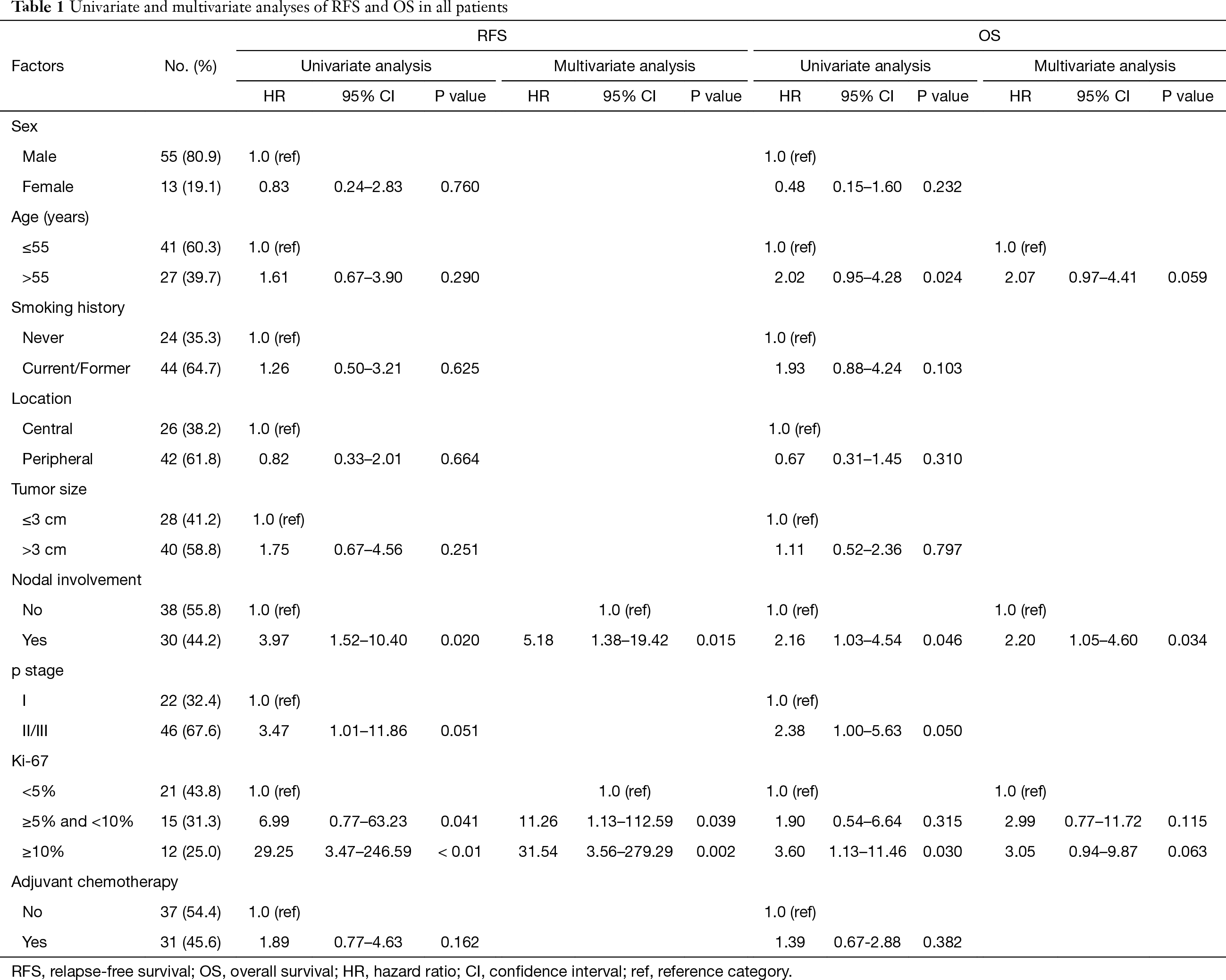 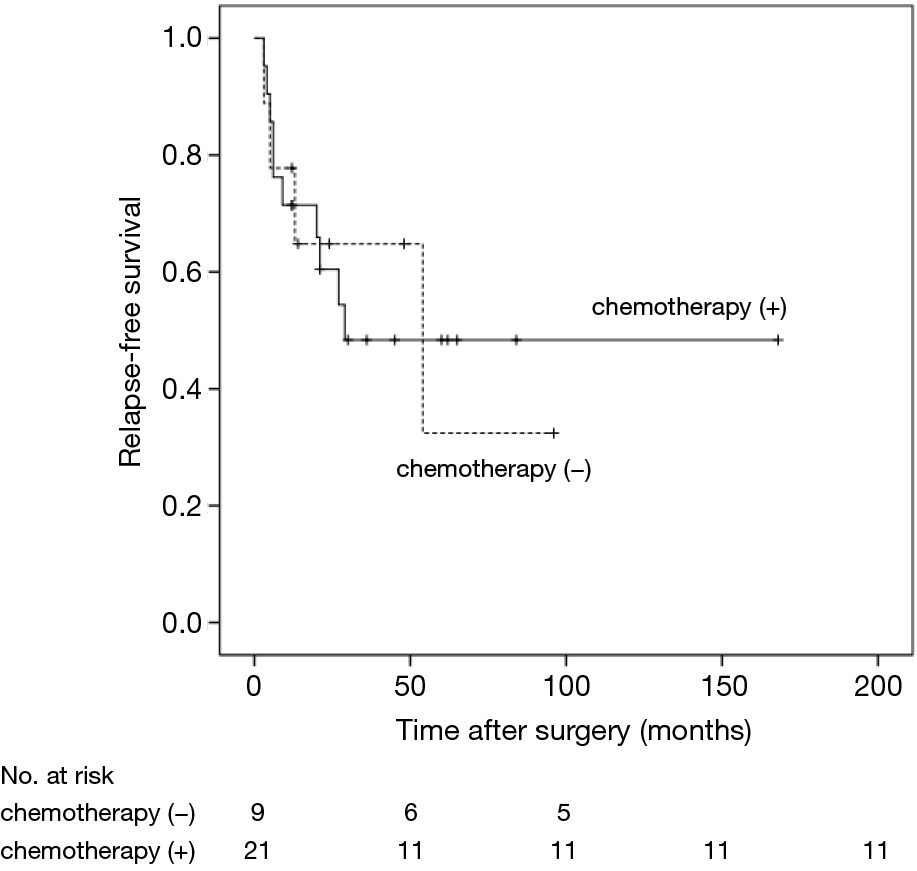 Figure 3 Relapse-free survival for patients with pathologically lymph node-positive atypical carcinoids by use of adjuvant chemotherapy. 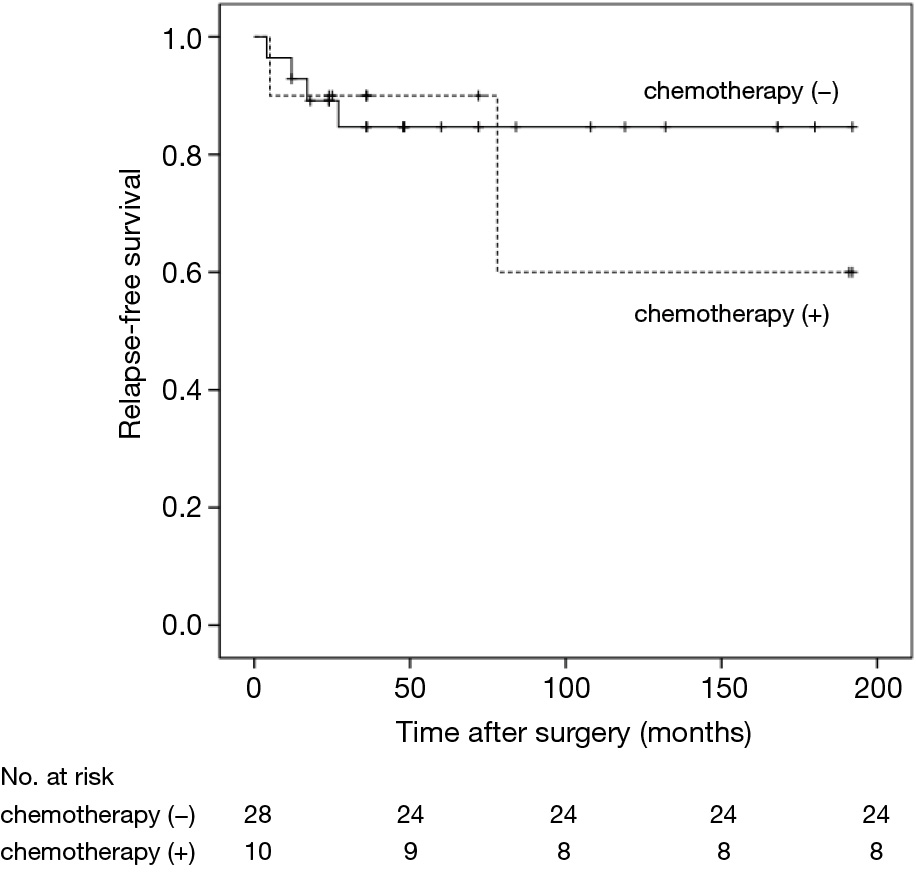 Figure 4 Relapse-free survival for patients with pathologically lymph node-negative atypical carcinoids by use of adjuvant chemotherapy. 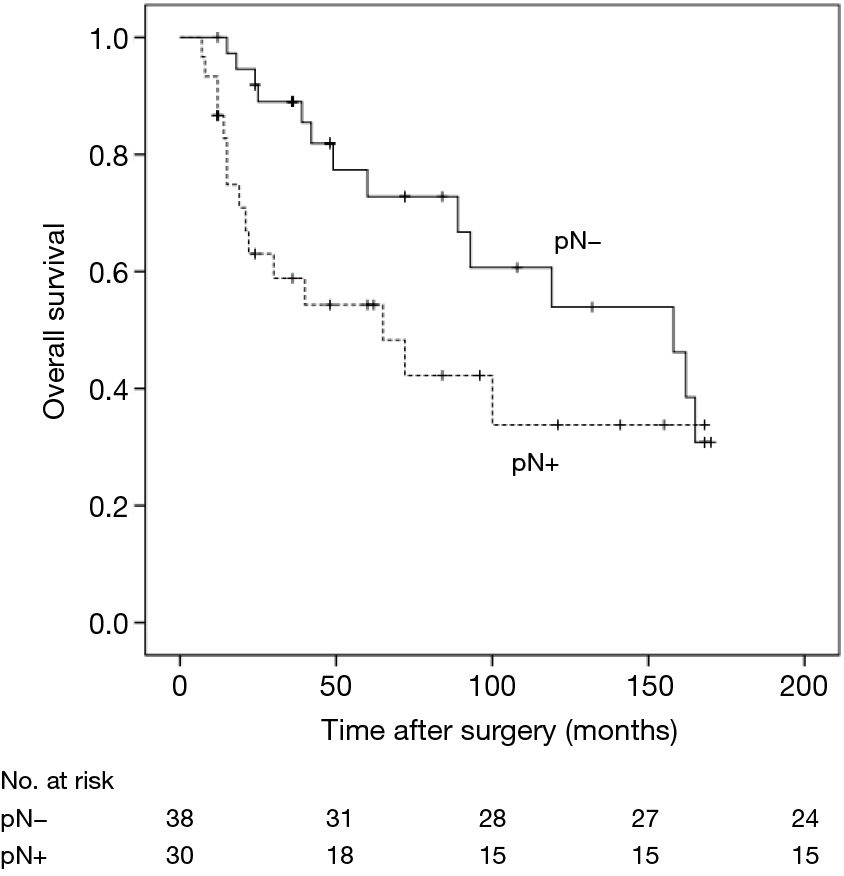 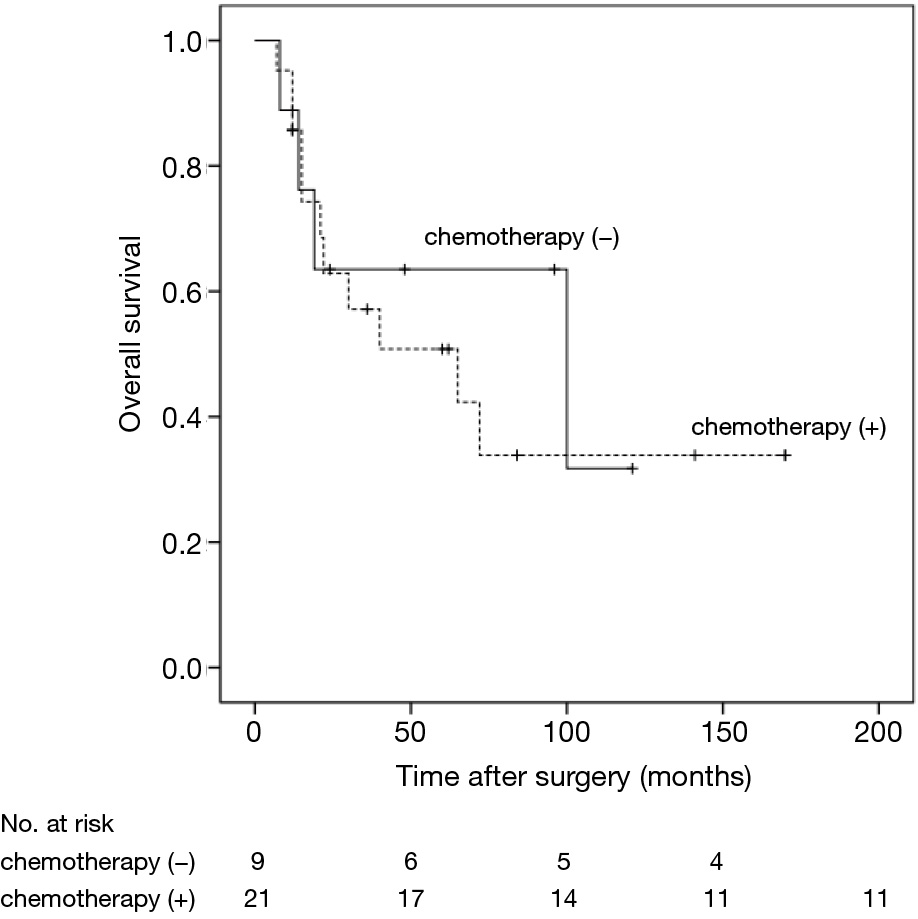 Figure 6 Overall survival for patients with pathologically lymph node-positive atypical carcinoids by use of adjuvant chemotherapy. 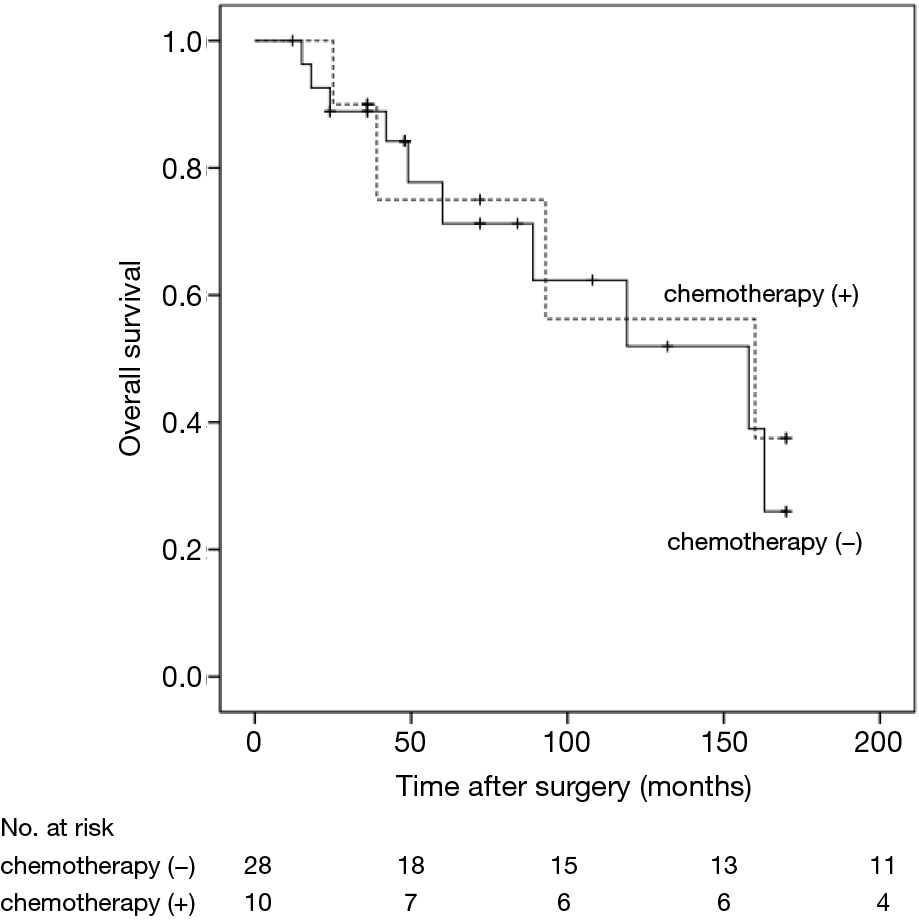 Figure 7 Overall survival for patients with pathologically lymph node-negative atypical carcinoids by use of adjuvant chemotherapy.

In our series, AC were more prevalent in men than in women with male to female ratio of 4.2:1, supported by many reports that revealed a male predominance for AC (3,4). In a large multicentric study, the mean age of AC was 56 years (5), which was also supported by the reports of El Jamal et al. and Filosso et al. (6,7). In our series, the mean age of patients with AC was 55 years in accordance with other studies.

Radical surgical resection remains the most effective treatment of AC. For peripheral tumors, lobectomy was considered to be a standard surgical treatment for AC (13). Because of high recurrence rates, limited resections such as wedge resection and segmentectomy were not recommended for AC, unless patients lacked sufficient pulmonary reserve (14). In our study, only one patient with peripheral tumor underwent wedge resection because of poor pulmonary function, and recurrence was observed 3 months after operation. For central tumors, reports had demonstrated that bronchoplastic surgery did not increase operative risk and local recurrence but also preserve lung parenchyma as much as possible (4,15). As a result, bronchoplastic surgery should be preferred whenever possible. However, in some cases there was no other way to avoid pneumonectomy, such as the inflammatory involvement of lung parenchyma or the location of tumor. In our data, only 2 patients (2.9%) underwent sleeve lobectomy, while 10 patients (14.7%) underwent pneumonectomy.

Our data supported these reports: RFS of N0 patients, N1patients and N2 patients was 84.2%, 73.3% and 33.3%, respectively. OS of N0 patients, N1 patients and N2 patients was 63.2%, 53.3% and 46.7%, respectively. Univariate and multivariate analyses both demonstrated that lymph-nodes involvement significantly worsened RFS and long-term survival. A multi-centre study of 247 atypical pulmonary carcinoids demonstrated that only lymph nodal involvement was a significantly adverse prognostic factor affecting survival in a multivariate analysis (P=0.008) (20). In this research, distant metastases occurred in 34.3% of patients with pathological lymph nodal involvement (pN+), which is higher than the recurrence rate in our data. Consistent with the above study, we hold the point that systematic mediastinal lymph node dissection was recommended for patients with AC which plays a key role as a prognostic factor for the management of AC and a close follow-up is strictly advised for patients with lymph nodal involvement.,

This study is retrospective in nature, which makes it susceptible to selection bias of patients in the application of adjuvant chemotherapy. Our study is also limited by the small number, so the strength of the conclusions is limited in scope and generalizability.

In summary, long-term survival and recurrence are both unfavorably affected by lymph-nodes involvement in AC. Ki-67 level appears to be associated with recurrence. There was no significant difference in survival whether adjuvant chemotherapy was provided for patients with pN+ and pN- disease. Larger and randomized studies in the future should be conducted to determine proper chemotherapy use for these patients.

Funding: The study was funded by the grant 2016YFC0905400 from the National Key R&D Program of China.

Ethical Statement: This study was approved by the ethics committee of National Cancer Center/Cancer Hospital, Chinese Academy of Medical Sciences and Peking Union Medical College (approval number: NCC201805013). The requirement of patients’ informed consent was waived owing to the retrospective nature of the study.