Apatinib for EGFR-TKI and chemotherapy refractory in an advanced lung cancer patient: a case report

In China, primary lung cancer is one of the most common malignant tumors. The data of China Cancer Center in 2015 showed that the prevalence of lung cancer was 130.2 (1/10 million) from 2006 to 2011 in China. And lung cancer has risen to be the fourth leading cause of death (1). Most patients have distant metastasis when they get initial diagnosis. Despite the rapid development of targeted and chemotherapeutic drugs, there is no standard treatment option after the patients are treated with multiple lines therapy. Apatinib is a new type of small molecule tyrosine kinase inhibitor (TKI) developed by China. It has been approved to selectively bind to vascular endothelial growth factor receptor 2 (VEGFR-2). By inhibiting VEGFR-2, apatinib could decrease VEGF-mediated endothelial cell migration, proliferation, and tumor microvascular density (2-4). A Phase III trial of Apatinib in patients with chemotherapy-refractory advanced or metastatic adenocarcinoma of the stomach or gastroesophageal junction showed that median OS was significantly improved in the apatinib group compared with the placebo group (6.5 vs. 4.7 m, P=0.0149), PFS was 2.6 vs. 1.8 m (P<0.001) (5). A phase II clinical trial showed that apatinib compared to the placebo group, the median PFS was significantly prolonged (4.7 vs.1.9 months, P<0.001) after the failure of more than two lines of treatment in NSCLC (6). It is also applied to other solid tumors in clinic work. This case is about one patient treated with apatinib for EGFR-TKI and chemotherapy refractory in an advanced lung cancer patient.

The patient was female, 60 years old, with no other disease and no smoking history. She was admitted for dry cough and chest pain. The chest computed tomography (CT) showed the right lung occupation and pleural metastasis on Jun 2012. Bronchofiberscope was performed and pathological examination revealed adenocarcinoma of the lung (Figure 1). Detection of EGFR gene by tissue showed deletion of exon 19. The patient received several chemotherapy regimens and target therapy for eight lines until 14th Dec 2015 (Table 1). At that time, the patient had an Eastern Cooperative Oncology Group performance status (ECOG) of 2. So she received apatinib at the minimum dose of 250 mg/d. One month later, the chest CT scan showed the intrapulmonary occupation and the pleural metastasis were significant reduction. Symptoms including the cough and chest pain gradually decreased and the score of ECOG was significantly improved. The patient continued apatinib as maintaining therapy and received CT scan every 6 weeks. The effect was maintenance partial response (PR) until 24th Dec 2016 (Figure 2). The ninth-line progression free survival (PFS) was 12 months. But the patient kept taking apatinib until Aug 2017, the lesions were extending gradually (Figure 3). The patient died on Oct 2017, the overall survival (OS) was nearly 5 years. During administration of apatinib, the patient experienced grade 3 hypertension. The blood pressure increased to a maximum of 180/100 mmHg. Valsartan and nifedipine were administered and the blood pressure returned to a normal level. The patient got grade 4 platelet count decreased (15×109/L) after she took apatinib for 90 days. By stopping drug and treating with recombinant human thrombopoietin, the platelet count recovered. The patient also got proteinuria. The urine routine test showed the urinary protein was up to 3+ and the 24 hours total urine protein was 2.8 g. By taking calcium dobesilate capsules and Shenfukang capsules, the urinary protein fluctuated 1+ ~2+ and the 24 hours total urine protein fluctuated 0.6–2.0 g. Other adverse effects included grade 1 oral mucositis and grade 1 palmar-plantar erythrodysesthesia syndrome (Figure 4).

Figure 1 Histopathological and immunohistological findings of the primary lung. The original lung tumor was confirmed to be adenocarcinoma according to the typical morphology and positivity of thyroid transcription factor 1 (TTF1) and cytokeratin (CK) 7. Hematoxylin and eosin staining (HE) showed well-differentiated adenocarcinoma.

Figure 2 Sequence of the patient’s anticancer treatment with apatinib before and after therapy. Chest CT baseline scan showed the right lung occupation and pleural metastasis on 3rd Nov 2015 (A,B, including lung window and mediastinal window). After treated with apatinib, chest CT scan showed PR on 31th March 2016 (C,D) and on 1st Sep 2016 (E,F). 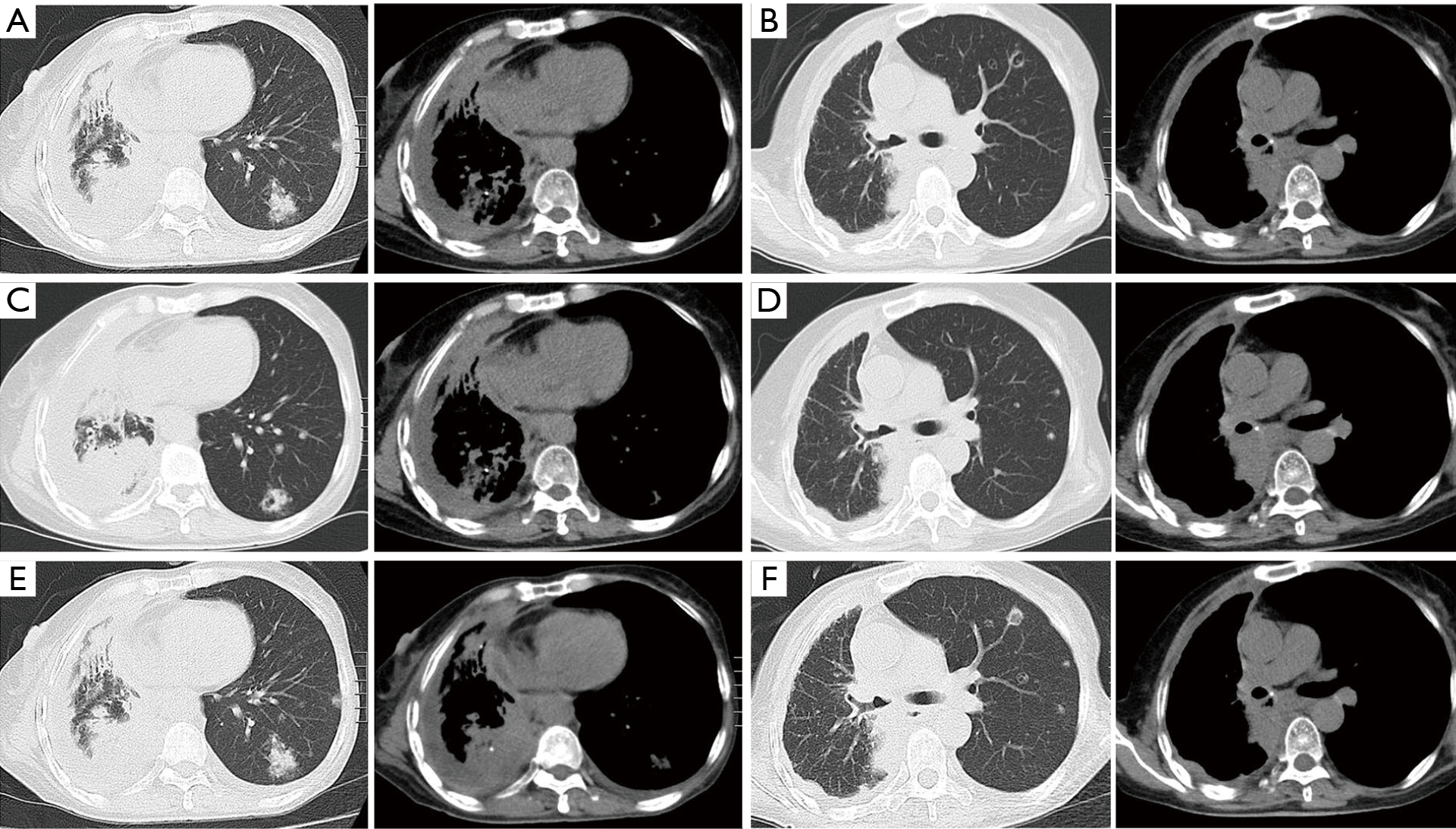 Figure 4 The patient had grade 1 palmar-plantar erythrodysesthesia syndrome: hands and feet scattered in the red spot accompanied by peeling but no pain.

Advanced non-small lung cancer (NSCLC) has poor progress. The median PFS is usually no more than one year. About 30–70% patients can receive more than second-line chemotherapy (3). But there are no standard recommendations for subsequent lines of therapy.

Tumor angiogenesis is a key link in the process of tumor growth and metastasis (7,8). Both vascular endothelial growth factor receptor (VEGFR) and vascular endothelial growth factor (VEGF) play an important role in the process of tumor angiogenesis (9). Bevacizumab combined with chemotherapy has been recommended as a standard treatment for advanced lung adenocarcinoma as first-line therapy. Many clinical trials attempt to evaluate the efficacy of antiangiogenic agent alone on second-line and subsequent lines of therapy in advanced NSCLC. But most of the results did not reach the positive end points (Table 2). In China, apatinib is a new small molecule TKI, it has been approved for the treatment for gastro-esophageal adenocarcinoma or advanced gastric adenocarcinoma as three lines or more than three lines choice. In phase I clinical trials, the maximum tolerated dose of apatinib was 850 mg/day and the recommended dose was 750 mg/day. In this case, the patient was treated with apatinib at 250 mg/d, but she still got 12 months PFS after several lines treatments including EGFR-TKI and chemotherapy. There were no serious adverse reactions to affect the treatment compliance of the patient. The patient received gene test for three times. On 24th Dec 2012, detection of EGFR gene by tissue showed 19 exon mutation. On 24th Sep 2015, after gefitinib and several lines of chemotherapy treatments failed, detection of EGFR gene by blood still showed 19 exon mutation but without T790 resistance gene mutation. On 5th Dec 2016, when the patient had disease progression of apatinib, she received multigene test by bood. The result showed no VEGFR-2 amplification and mutation. It showed EGFR-p.Glu746_Ser752 and EGFR-p.Gly724Ser mutations which were EGFR rare mutation genes and were sensitive to EGFR-TKI (19).

Another characteristic of the case was the patient took apatinib for another one year after progression. The lesions progressed slowly. It had reported that some patients could benefit from receiving an EGFR-TKI beyond progression (20). But there were no trials of continuing use of antiangiogenic drugs alone after progression. We consider apatinib may affect other pathways to inhibit the tumor progression. Recently, an in vitro study showed that apatinib inhibits cellular invasion and migration in lung cancer cells via suppressing RET/Src signaling pathway (21).

In conclusion, because of the high prices of ramucirumab and nintedanib in China, mono-apatinib might be an option as post second-line treatment in advanced lung adenocarcinoma even at low dose. We believe that with the publication of the results of clinical trials, more evidence will be provided for our clinical application.