Lung cancer is the leading cause of cancer-related deaths worldwide, with non-small cell lung cancer (NSCLC) accounting for nearly 85% of all diagnosed cases (1,2). Approximately 25% of NSCLC patients are diagnosed in the early stages of the disease. Surgical resection is the best option for NSCLC patients. The 5-year overall survival (OS) rate of resected stage I NSCLC patients ranges from 55% to 80% (3,4).

For these patients, lymph node (LN) recurrence and metastasis may be the principal reason for unsatisfactory prognoses of NSCLC. Positive LN disease was undetected because of inadequate LN sampling and the shortage of LN dissection (5,6). Smeltzer et al. in 2016 reported that the intrapulmonary metastasis LN discarded inadvertently from lung cancer resection specimens was associated with reduced survival (7). The accuracy of node staging and the number of positive LN are a strong prognostic indicator (8-10). LN involvement is one of the most important determinants of prognosis and treatment strategy decisions (11,12).

Survival of stage IA NSCLC patients undergoing lobectomy could be improved by increasing the number of ELNs (13). However, these recommendations and potentially beneficial outcomes are based mainly on patients undergoing lobectomy, not sublobar resection. The current National Comprehensive Cancer Network (NCCN) guidelines recommend that sublobar resection should be based on sampling appropriate N1 and N2 LN stations, not on the number of ELN. The impact of ELNs on survival remains unclear and the evidence in the international guidelines for patients with stage IA NSCLC undergoing sublobar resection was based on very limited data.

This study was approved by institutional board of the First Affiliated Hospital of Guangzhou Medical University.

The study used the Surveillance, Epidemiology, and End Results (SEER) database which includes patient demographics, cancer diagnoses and treatment related information, and cause of death. SEER is representative of the US population, with patient-level data abstracted from 18 geographically diverse populations that represent rural, urban, and regional populations (15). We identified patients aged ≥20 years who underwent sublobar (wedge or segmental) resection between the years 2000 and 2013 with the following criteria: (I) pathologically confirmed diagnosis of stage IA (T1N0M0) NSCLC (based on the 8th edition of the Union for International Cancer Control/American Joint Committee on Cancer Tumor, Node, and Metastasis (TNM) classification for lung cancer); (II) first primary NSCLC treated by sublobar resection; and (III) at least one LN examined. Patients with missing ELN count values and clinical features were excluded from the study.

The Cox proportional hazards regression model was used to determine the effect of ELN count on LCSS, which were adjusted for other significant prognostic factors (age at diagnosis, sex, race, histology, grade, tumor size, and surgery type). Patients were stratified based on the per ELN count, ranging from 1 to 12. Finally, a cut point of 7 was identified based on the maximum hazard ratio (HR) and the minimum P value, and the structural break points were considered the threshold of clinical impact (16). Complete analyses of the ELN count on LCSS are shown in Table 1. Patients were divided into 2 groups: G1 (1–6 ELNs) and G2 (≥7 ELNs).

We performed propensity score matching (PSM) analysis to compare survival among the G1 and G2 cohorts. In each analysis, a propensity score for the G2 cohort was created using logistic regression based on potential confounding variables, including age, sex, race, tumor site, histology, grade, tumor size and surgery type. Patient characteristics were compared with t-tests for continuous variables and χ2 tests for categorical variables. Survival was calculated from date of diagnosis until date of death or date of last follow-up (December 31, 2015). When analyzing the LCSS, deaths from other causes were censored at the date of death. LCSS were estimated by the Kaplan-Meier method and the log-rank test was used to assess differences.

Univariate and multivariate analyses were performed using Cox proportional hazards models to calculate adjusted HR and their 95% confidence interval (CI) relating to the variables as described. All data were analyzed using SPSS 22.0 or Prism 5.0 software. Results were considered to be statistically significant when P<0.05.

As a result of selection criteria, a total of 3,219 patients with pathologic stage IA (T1N0M0) NSCLC were included. The G1 cohort (2,410 patients) underwent sublobar resection with 1–6 ELNs. The median age within the cohort was 69 years (range, 20–92 years), and the median tumor size was 1.6 cm (range, 1–3.0 cm). The distribution of ELN number in this study cohort is shown in Figure 1 (median, 3; interquartile range, 2–7). Patients with ≥7 ELNs were more likely to be younger (P=0.007), adenoid differentiation (P<0.001), grade I–II disease (P=0.001) and to have a segmental resection (P=0.002), but there were no significant differences between the G1 and G2 cohorts in sex, race, tumor site and size (P>0.05 for all comparisons). However, after PSM, the differences between groups were well balanced (Figures S1-S3). The baseline characteristics of the full cohort and patients in the G1 and G2 cohorts are presented in Table 2. 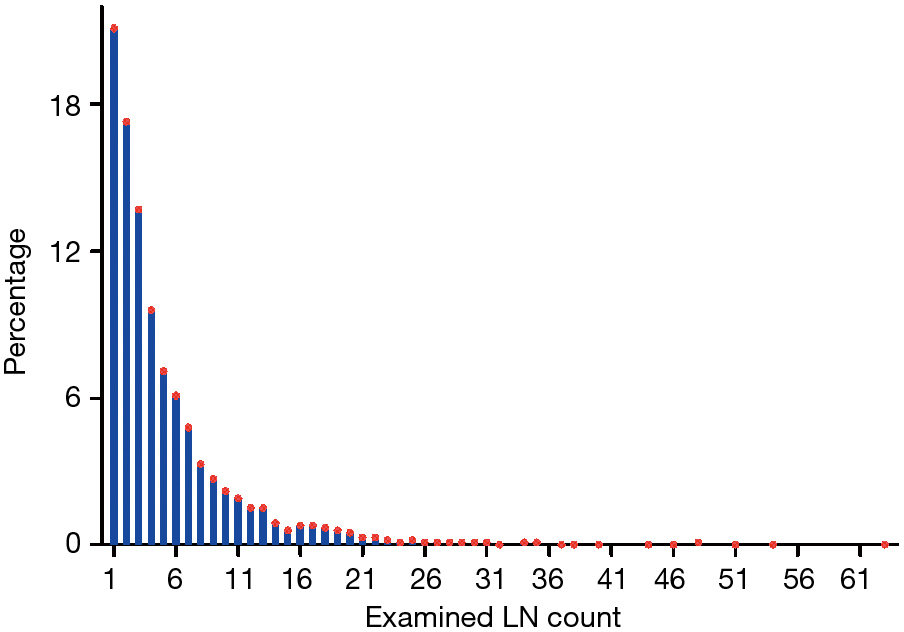 Figure 1 Distribution of the number of examined lymph nodes (ELNs) in the study cohort. Each red dots represents a number, and the height of bar represents the proportion of the whole. 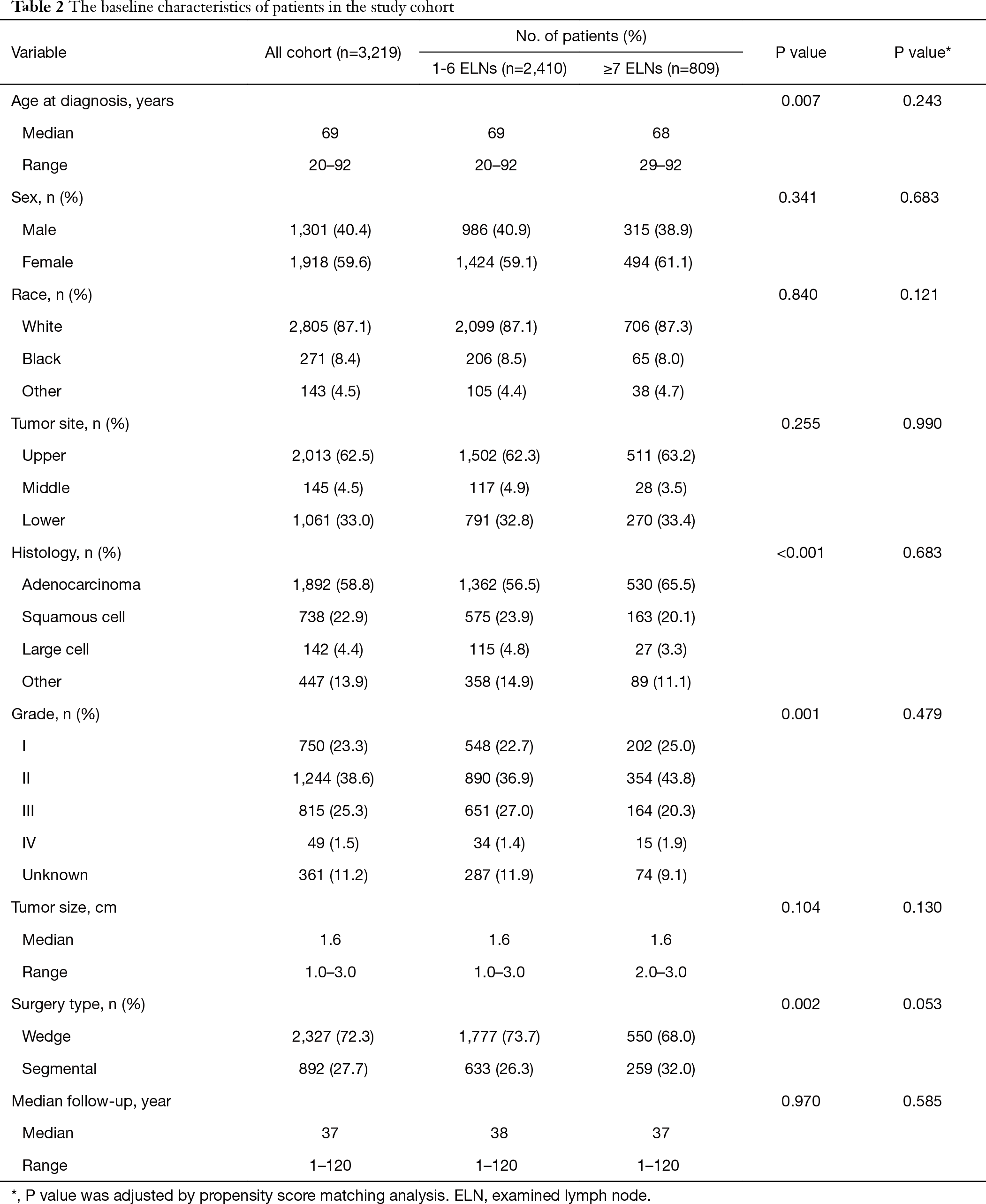 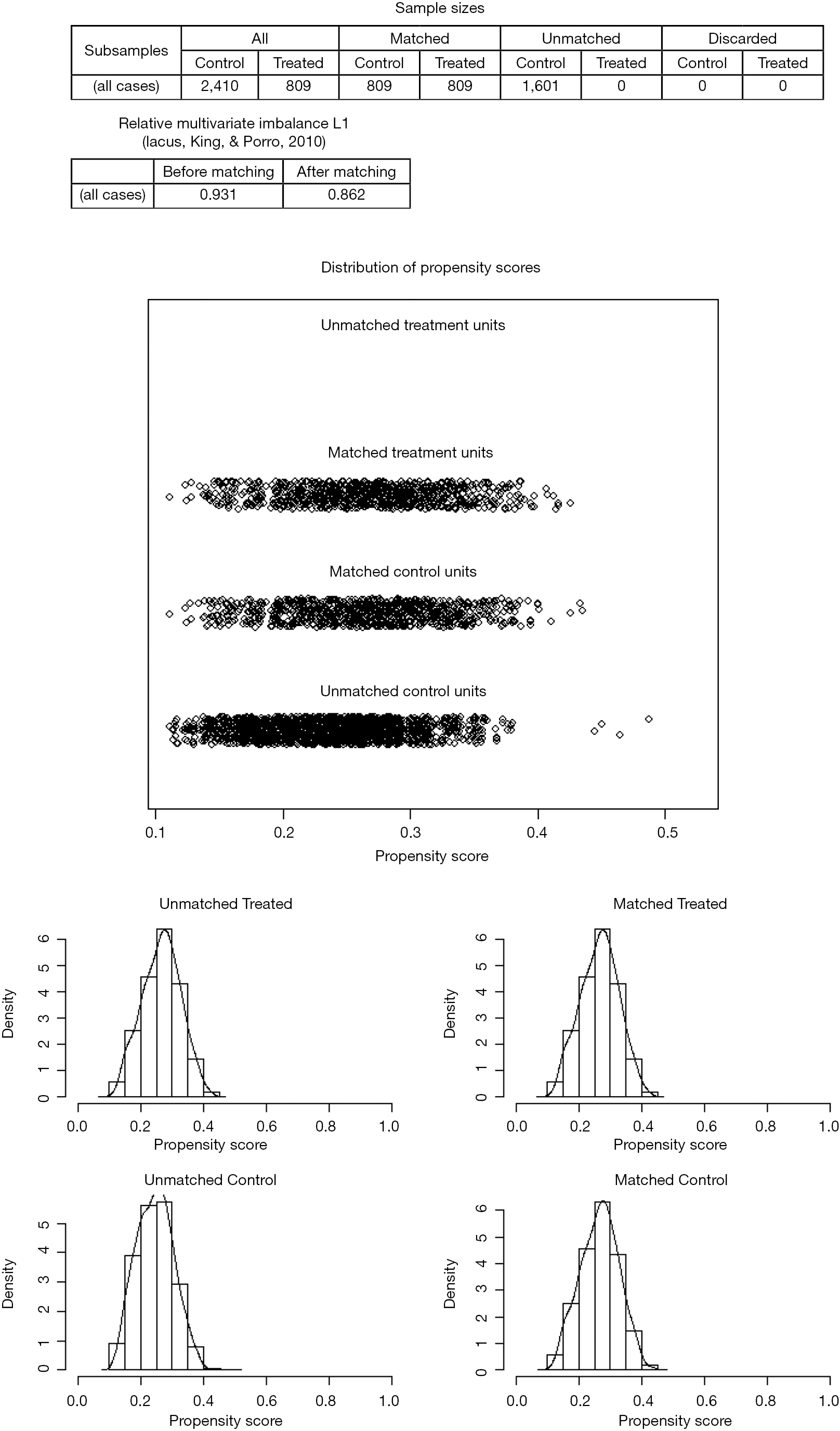 Figure S1 The charts of propensity score matching in the all study cohort. 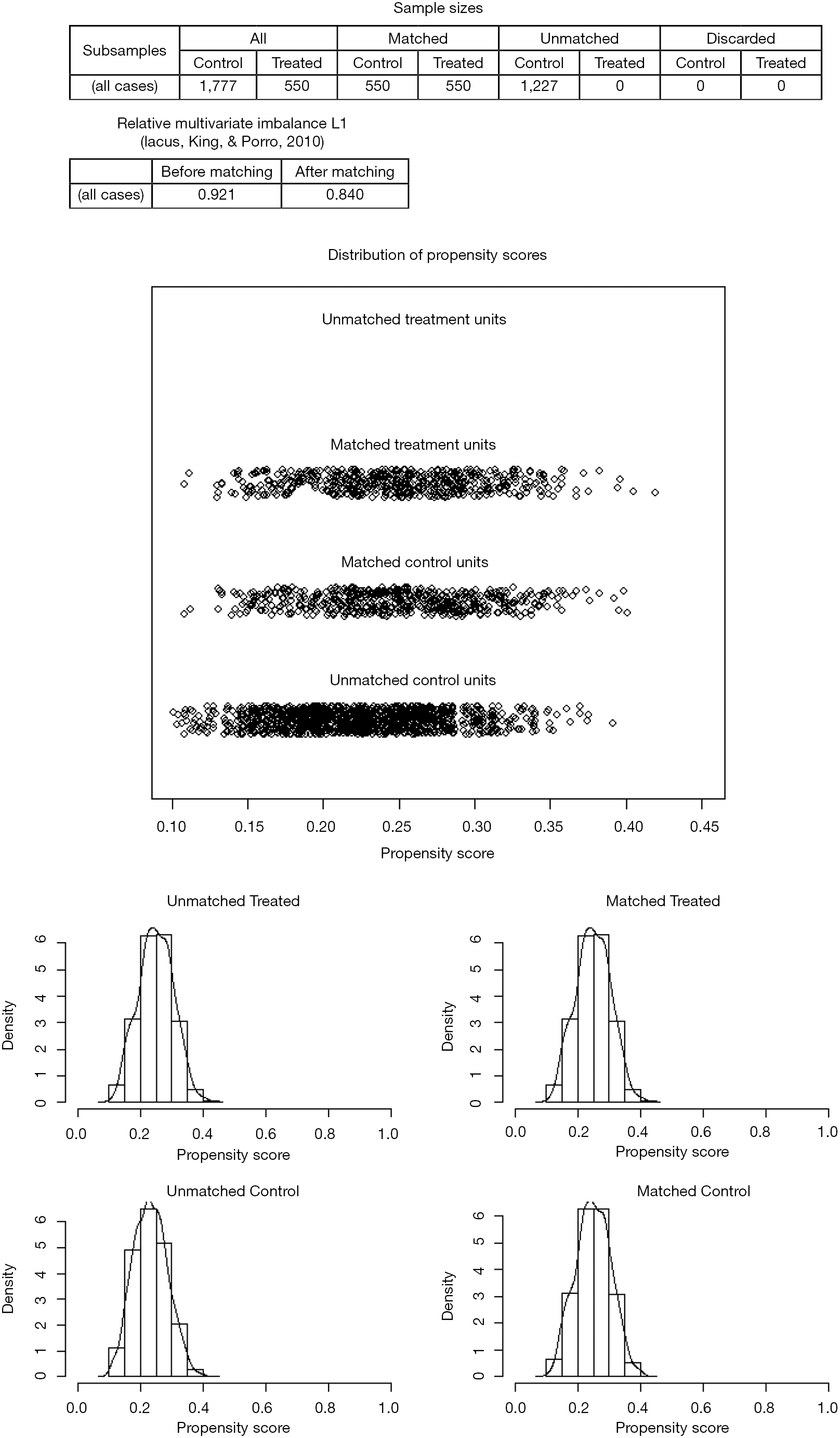 Figure S2 The charts of propensity score matching in the wedge cohort. 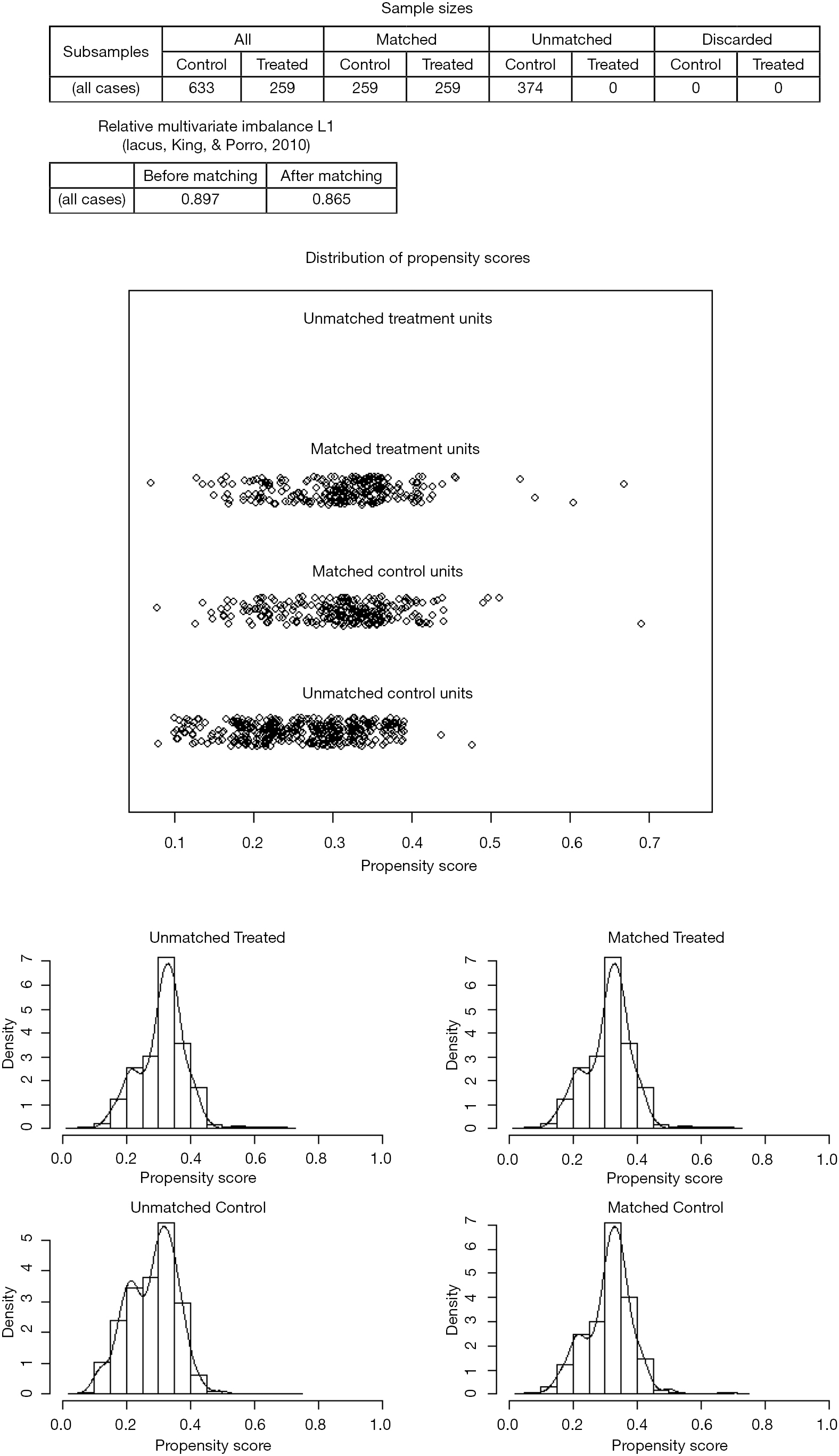 Figure S3 The charts of propensity score matching in the segment cohort.

Figure 2 Kaplan-Meier plot for lung cancer-specific survival in the study cohort before (A) and after (B) propensity score matched.

Figure 3 Kaplan-Meier plot for lung cancer-specific survival in patients with stage IA NSCLC undergoing wedge resection before (A) and after (B) propensity score matched.

Figure 4 Kaplan-Meier plot for lung cancer-specific survival in patients with stage IA NSCLC undergoing segmental resection before (A) and after (B) propensity score matched. 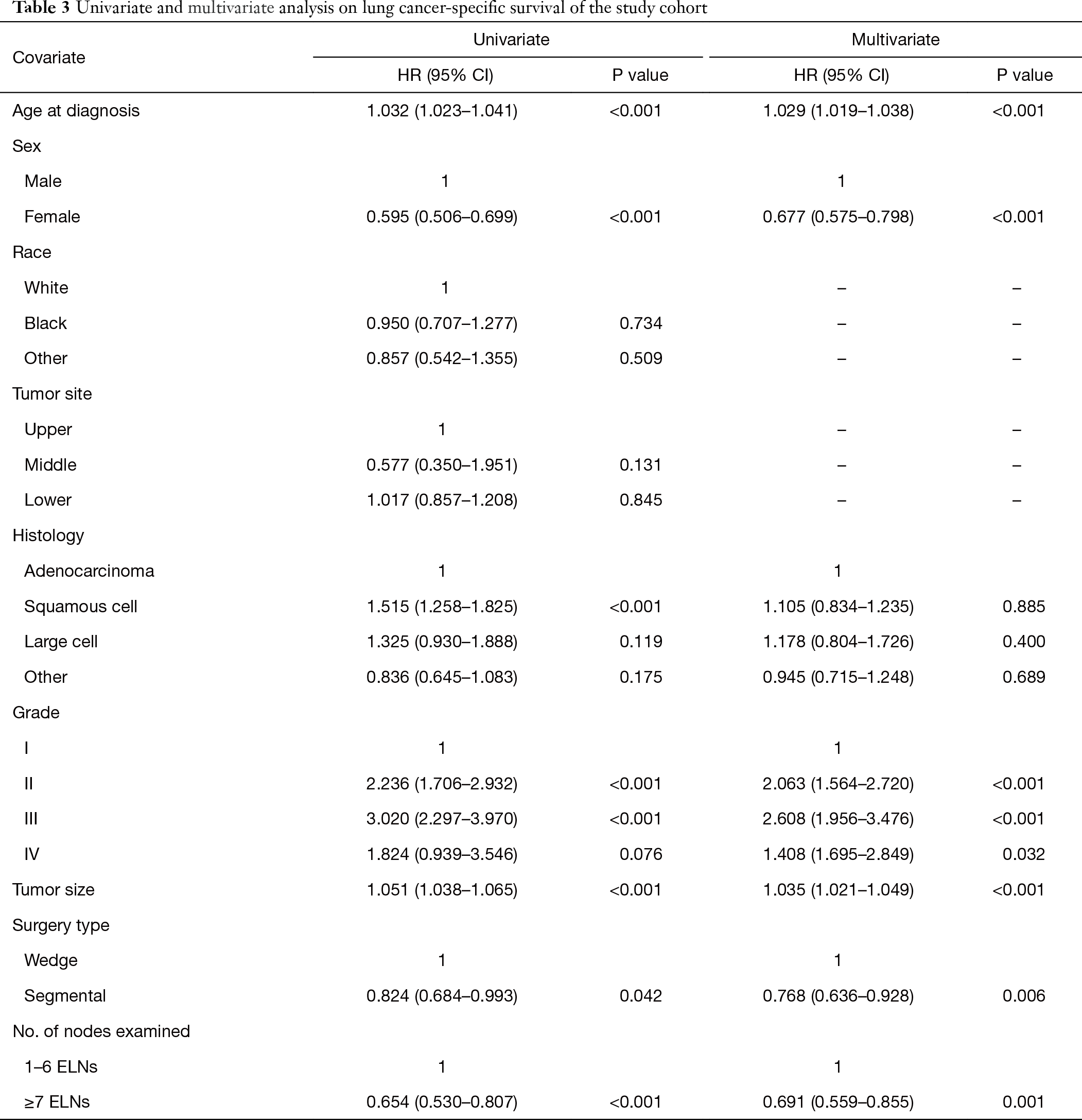 Results of this study suggest that stage IA NSCLC patients who underwent sublobar resection with ≤6 ELNs were associated with a poorer LCSS as compared to patients with ≥7 ELNs. We obtained consistent results in the subset analysis for patients with wedge and segmental resection. These results were confirmed by the Cox model and PSM analyses.

It is assumed that more ELNs provide a better opportunity to identify positive LNs; that is, a larger number of ELNs may reduce the risk of undetected positive LNs and may allow for improved outcomes. These findings may be attributed to more thorough examinations, the removal of potential remnants, and proper delivery of adjuvant chemotherapy to improve long-term survival.

There are limited data in the existing NCCN guidelines that address the impact of ELN counts on patients undergoing segmental or wedge resection; thus, surgical sampling of ELN counts of surgical specimens are not uniformly performed. The number of ELNs dissected by sublobar resection often varies between surgeons and pathologists. Therefore, survival of most patients with an inadequate ELN count is poor. Our results suggested that stage IA NSCLC patients undergoing sublobar resection with ≥7 ELNs correlated with improved prognoses. Previous studies suggested that the ELNs combined with tumor size or the ratios of positive LNs could be an independent prognostic factor and a reasonable stratification criterion in patients with pathologic node-negative NSCLC (17,18).

Stiles et al. in 2017 reported that LN removal decreased locoregional recurrence (P=0.024) and increased the 5-year survival rate (P=0.025), and LN sampling did not add to morbidity and did not increase the length of stay (19). Varlotto et al. in 2009 showed that patients with dissected lymph nodes were associated with an increase in the 5-year OS rate (from 42% to 58%) and in DFS (from 58% to 73%) as compared to patients with no lymphadenectomy (20). Additionally, several previous studies support the viewpoint that the number of counted ELNs is beneficial for patients with declared node-negative disease (5,6,13,16,18,21,22).

However, other groups believe that recommending an optimal number of nodes is not an appropriate prognostic factor for stage I NSCLC patients (23,24). Altorki et al. found that LN sampling was more commonly performed on patients undergoing segmental resection as compared to patients undergoing wedge resection, with more stations sampled and more nodes resected in segmental resection patients. There were no differences between wedge and segmental resection in local recurrence (P=0.680) or 5-year disease-free survival (DFS: 51% vs. 53%, P=0.700) (25). Additionally, the results of the ACOSOG Z0030 trial showed that if systematic and thorough resection sampling of the mediastinal and hilar nodes is negative, mediastinal LN dissection does not improve survival of patients with early NSCLC (26). Izbicki et al. also reported that radical systematic mediastinal LN dissection did not influence the DFS or OS for NSCLC patients without overt LN involvement (27).

This study has some limitations. Bias is inevitable due to the retrospective nature. Some important information is missing, such as the access to perform limited resection (open or VATS) and the surgical technique of participating surgeons. We were not able to investigate other important points such as the impact of the number of LNs in the N1 and N2 (hilar and mediastinal) stations on our data analysis. In addition, two possible causes could have resulted in a miscount of ELN: underestimation as a result of the difficulty in separating each LN in the dissected tissues, and overestimation because of fragmentation of nodal tissue during the removal of LN. The SEER does not provide information on clinical stage, performance status, smoking, preoperative cardiopulmonary function, postoperative complications, or length of stay.

We acknowledge the efforts of the SEER program tumor registries in the creation of the SEER database. The authors thank Ms. Lindsey Hamblin for her help in editing the manuscript.