Three weeks prior to implantation of the ECLS, the patient had suffered from acute myocardial infarction. Percutaneous coronary intervention with stent implantation into the left anterior descending coronary artery was performed. The patient recovered initially. Ten days later he presented with recurrent ventricular fibrillation treated by multiple electrical defibrillations, 40-minute cardio pulmonary resuscitation, leading to a peripheral ECLS (CardioHelp® Maquet)-implantation. Postoperatively the patient presented with paraplegia of both lower limbs most likely caused by an anterior spinal cord syndrome (Th11/12) due to hypoperfusion. At the time of referral to our hospital he was in a stable condition without catecholamine support, but was still suffering from recurrent episodes of atrial fibrillation. The initial attempt to wean off ECLS was not successful, demonstrating dependency of mechanical support with pulmonary congestion and dyspnea. Due to the inability to wean the patient from ECLS, an interdisciplinary decision was made to implant a HeartWare® LVAD (HeartWare Inc., Framingham, MA, USA). After uneventful LVAD implantation the patient was discharged for neurologic rehabilitation. Six months after discharge he was still suffering from physical impairments as a result of the tetraparesis, but due to ongoing physiotherapy his condition was improving.

One year after the LVAD implantation the patient presented with a pump thrombosis despite adequate anti-thrombotic treatment (persistent INR of 3.0). Thrombolysis was performed by administration of 10 mg rt-plasminogen activator (rt-PA, Alteplase®) for one minute, followed by 10 mg rt-PA infusion within 60 minutes. Two days after successful thrombolysis the patient developed a paresis of the right arm. Cranial computer tomography confirmed the suspicion of intracranial bleeding. Anticoagulation consisting of continuous infusion of unfractionated heparine, Aspirin and Dipyridamole was stopped immediately, and the patient was transferred to our Neurology department. By that time, he had also developed a global aphasia and facial paresis. The progression of the cranial bleeding, a cerebral edema as well as a midline shift required an open evacuation of the hematoma. Postoperative anticoagulation management consisted of Enoxaparin and Aspirin with the recommendation of no escalation for four weeks. Within this time the patient redeveloped a pump thrombosis and clear signs of hemolysis. As recent prior neurosurgery precluded recurrent thrombolysis and/or an exchange of the LVAD on cardio-pulmonary bypass with full heparinization, we decided to consider LVAD weaning. Pulsatile flow from an ejecting left ventricle with constant aortic valve opening that had not been present at the time of LVAD implantation indicated potential left-ventricular recovery. In order to bridge the patient and to wean from mechanical support an ECLS was implanted via the left femoral artery and right femoral vein, with only a low dose bolus of heparine. The LVAD was explanted and a specially manufactured Titanium plug was inserted into the inflow sewing ring (1) (Figure 1). Intraoperative transesophageal echocardiography showed low EF with akinesia of the septum. Under additional catecholamine support (Dobutamine, Epinephrine, Norepinephrine and Milrinone) the patient was transferred to our intensive care unit (ICU). A few hours later an ischemia of the leg despite the use of a selective antegrade limb perfusion made an urgent ECLS explantation necessary. Since the patient still required mechanical support we decided to implant an Abiomed Impella 5.0® (Figure 2). The Impella 5.0® is a minimal invasive mechanical support system crossing the aortic valve which pumps blood from the left ventricle into the ascending aorta providing a flow of up to 5 L/min. Surgical implantation procedure included a 7 cm incision parallel to the right clavicle to approach the right subclavian artery, enabling a groin free approach and subsequent mobilization. A 10-mm Dacron-graft was anastomosed end-to-side with 6/0 Prolene suture. Insertion of a stylet followed by a pigtail catheter to place the guiding wire of the Impella into the left ventricle. The device was positioned into the left ventricle under fluoroscopic and transesophageal echocardiographic control. The Impella® was initiated at the lowest level and flow was slowly increased until stage P9 (range, P1 to P9 = maximum flow rate). After Impella implantation the patient was in a stable condition and quick weaning off the ECLS became safely possible. The patient was transferred to the ICU with moderate catecholamine support and was extubated the following day. Anticoagulation treatment consisted of low dose intravenous heparine with the aim of an activated clotting time of 140 seconds. With the pump in place and on catecholamine support the circulation was stabilized with adequate cardiac output generated by the Impella pump and additional pulsatile left ventricular ejection, suggesting recovery potential. The initial high Impella support level could slowly be reduced to a minimum support of 1.5 to 2.0 L/min, flow level P2 of Impella® support. After five days Impella® explantation was feasible. In the following uneventful course the patient was weaned from catecholamine support and transferred to our regular ward. Echocardiography showed a reduced left ventricular EF with akinesia of the anterior wall and the apex as well as hypokinesia of the inferior wall but a preserved right ventricular function. Three weeks after the LVAD explantation the patient was discharged in a stable condition. 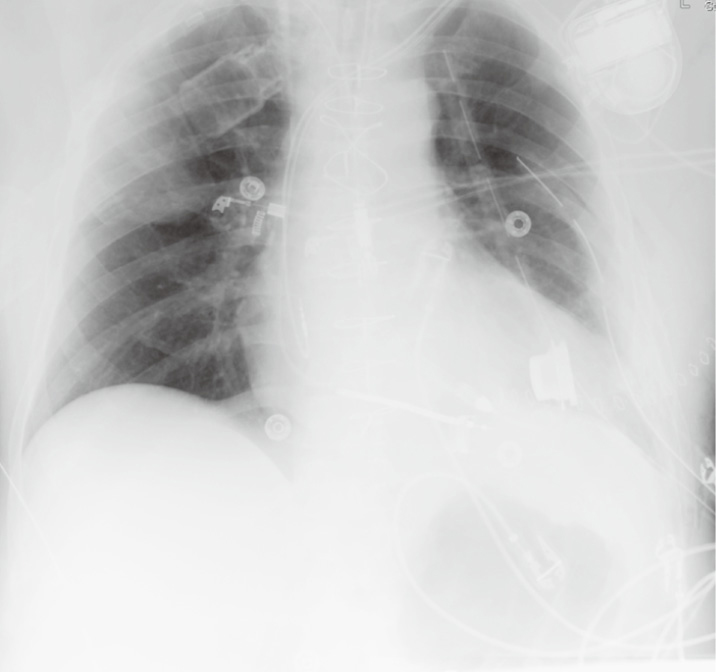 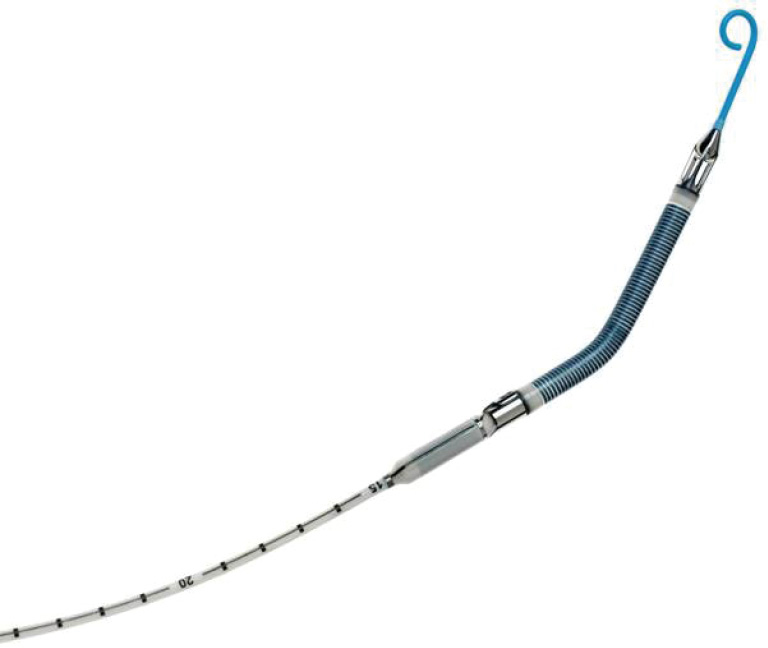 In the presented case we successfully used the Impella 5.0® as a temporary mechanical support system after LVAD explanation. The Impella 5.0® is a microaxial minimal invasive mechanical support system which provides flows up to 5.0 L/min, allowing for temporary full mechanical circulatory support. Placed through the aortic valve, the oxygenated blood is drained from the left ventricle and delivered directly into the ascending aorta. It is mainly applied in patients with cardiogenic shock, low cardiac output syndrome during or after cardiac interventions or as a method for bridge to transplant or ventricular assist device (2).

In the presented case the patient was on LVAD support for an entire year and the myocardium had time to partially recover so we expected the patient to be able to live without mechanical support. Due to the uncertainty whether an LVAD explantation would be successful, the aim of the initial ECLS and the consecutive Impella implantation was to slowly wean from the left ventricular mechanical support to which the patient had been adapted over the course of twelve. Implantation of the Impella® other than with ECLS requires an adequate pulmonary function as well as sufficient right heart function. The Impella® pump supported the left ventricular function for five days with an initial flow of up to 3.5 L/min and helped stabilize the cardiac condition. Moreover, with the Impella® full mobilization of the patient was possible. Whenever hemodynamic parameters and echocardiographic findings permitted, the flow of the Impella® was reduced and finally explanted.

Our report suggests that in cases where weaning patients from durable LVAD systems is conceivable, the Impella® pump provides a least invasive option to facilitate the gradual transition from full mechanical circulatory support to independent circulation. Moreover, the use of the Impella pump avoids disadvantages of a peripheral ECLS system such as possible limb ischemia, increased afterload insufficient unloading of the left ventricle and allows for full mobilization as a result of the groin-free approach.