Inappropriate pacing due to T-wave oversensing

Oversensing of T waves is not an uncommon phenomenon, which can result in inhibition of the next pacing stimulus and lengthening of the effective pacing interval in pacemakers (1) (Figure 1). Double counting is more likely to occur when the QRS-T complex falls outside of an algorithm-specific timing window of the devise (2). TWOS is a common cause of inappropriate ICD shock therapy, and loss of biventricular pacing, with possible CRT nonresponse (3). It is also crucial because it remains one of the Achilles heels of subcutaneous and intravenous implantable cardioverter defibrillators, leading to inappropriate shock therapy (2,4,5). In pacemakers, the resulting lengthening of the effective pacing can lead to bradycardia, which occasionally becomes clinically symptomatic (1), like in this case (Figure 1). 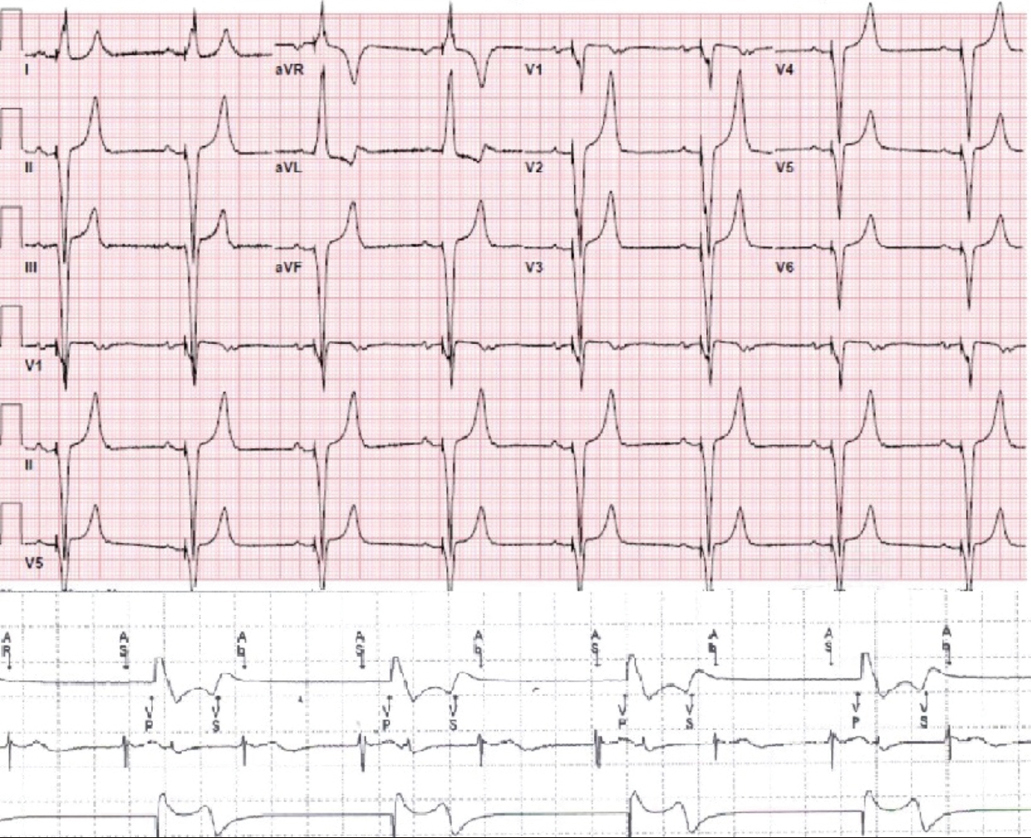 TWOS can lead to pacemaker tachycardia in biventricular pacemaker by T wave oversensing outside the post-ventricular atrial refractory period in the atrial channel (6). Based on the premised that TWOS arises from double counting of the QRS-T complex, efforts have been made when implanting subcutaneous ICDs to try to prevent it based on pre-implantation ECGs, but until the present, an explicit clinical parameter is lacking strong evidence support (2). TWOS can also arise from myocardial ischemic induced hyperacute T waves (5), T wave changes induced by hyperkalemia (7), Brugada syndrome’s intrinsic arrhythmogenic changes (8), diaphragmatic myopotential oversensing (9), any changes in intraventricular conduction delay leading to changes in QRS and T-wave morphology as in the case post alcohol septal ablation in hypertrophic obstructive cardiomyopathy (10).

Lowering atrial or ventricular sensitivity (Figure 2), altering ventricular pacing, adjusting post-ventricular atrial refractory period, changing AV delay, and sensitivity vector from dedicated to the integrated bipolar system and other interventions can eliminate or reduce the incidence of TWOS. However, attention needs to be placed to prevent under detection of critical electrical events (1,3,6,8). 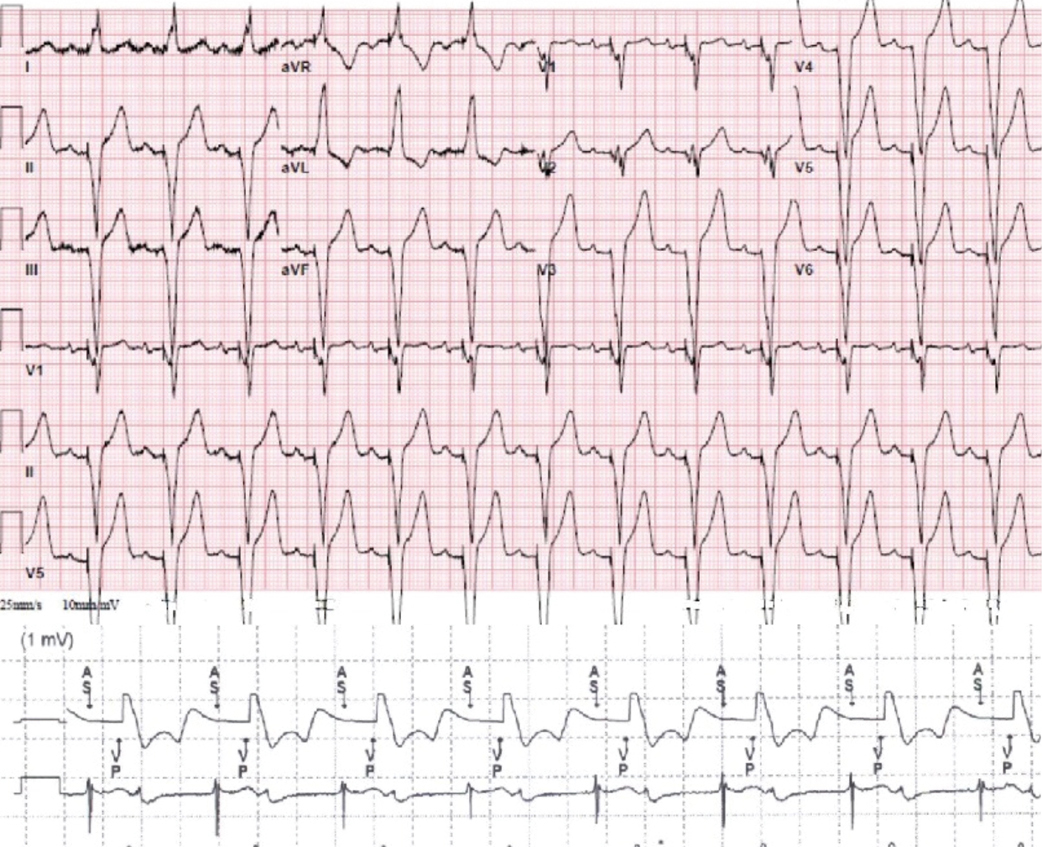 Clinically symptomatic TWOS is a relatively rare event, but when present can cause significant morbidity. This makes its detection and awareness critical to the general clinician, cardiologist, and electrophysiologists. In order to overcome TWOS, different parameters can be changed in the device detection system. These changes should be done whenever possible under the guidance of electrophysiologists for a prompt and safe clinical outcome.

Provenance and Peer Review: This article was commissioned by the Guest Editors (Christos G. Mihos) for the series “Novel Concepts in Cardiopulmonary and Structural Heart Disease” published in Journal of Thoracic Disease. The article did not undergo external peer review.

Conflicts of Interest: All authors have completed the ICMJE uniform disclosure form (available at http://dx.doi.org/10.21037/jtd.2020.02.19). The series “Novel Concepts in Cardiopulmonary and Structural Heart Disease” was commissioned by the editorial office without any funding or sponsorship. CGM served as the unpaid Guest Editor of the series and serves as an unpaid editorial member of Journal of Thoracic Disease from Jan 2019 to Dec 2020. The other authors have no other conflicts of interest to declare.