Sleep disorders are becoming increasingly prevalent secondary to elevated levels of light-, noise- and stress-exposure in addition to rising levels of obesity. Sleep medicine is experiencing an exponential gain of knowledge that can be explained by several factors: (I) advanced physiological monitoring at night; (II) improved follow-up of patients; and (III) greater collaboration between specialties that have contributed to our understanding of long-term complications. Advances in device technology and interventions, such as minimally invasive surgery, have further helped to speed up the development of available treatment options. It does not come as a surprise that sleep medicine is ever more important and provides the perfect background for an interdisciplinary collaboration between basic scientists, clinicians and epidemiologists. This overview is dedicated to recent advances and hot topics of sleep medicine that have the potential to impact standards of care.

Contributions from the faculty

Sleep apnoea and the upper airway

The prevalence of obstructive sleep apnoea (OSA) is rising due to the current obesity epidemic (1,2). Common treatment options include mandibular advancement devices in mild, and continuous positive airway pressure (CPAP) in moderate-severe sleep apnoea (3). However, long-term adherence to CPAP is limited and alternative treatments need to be developed. In this context, Strollo et al. have published the Star-Trial data in 2014 describing the effectiveness of an implantable device delivering electrical stimulation to the hypoglossal nerve to treat sleep apnoea (4). Stimulation activates the upper airway dilator muscles and maintains upper airway patency during sleep. This treatment remains effective at one year, with a treatment withdrawal group exhibiting features of sleep apnoea on cessation. The stimulator was implanted in a selected group of 126 patients who had undergone drug-induced sedation endoscopy (DISE) to identify target zones. The DISE method has been widely used by Prof. Vanderveken’s and Mr Kotecha’s group who have recently published a position paper on DISE to establish the latest standards of the technique and explore future diagnostic potential (5).

Paediatric problems with the upper airway are at the heart of the problem of sleep apnoea in children, Dr. Tan has recently published a meta-analysis on the effect of tonsillectomy on sleep-disordered breathing within this cohort (6).

It has long been established that sleep apnoea not only causes daytime symptoms like sleepiness, but also contributes to an increased cardiovascular risk. Prof. Rossi has been working on the cardiovascular effects of sleep apnoea and will talk about the role of OSA in treatment resistant hypertension (7). Long-term complications of sleep apnoea with co-existing chronic obstructive pulmonary disease (COPD) are at the focus of a lecture by Prof. McNicholas (8).

Dr. Rosenzweig will describe the complex relationship between sleep-disordered breathing, neurological dysfunction and cognition (9) explaining the need for further translational research in this field.

The HOT-HMV trial (ISRCTN 28058693) is an on-going multi-centre study comparing home oxygen therapy (HOT) against HOT plus home mechanical ventilation (HMV) in patients with hypercapnic respiratory failure and COPD. Dr. Murphy and Dr. Hart will explain the latest insights and updates, further discussing how physiological monitoring can be used to predict the risk of re-admission to hospital (10).

Prof. Teschler’s group have recently published the SERVE-HF trial in the New England Journal of Medicine (11). They investigated the efficacy of adaptive servo-ventilation (ASV) in patients with central sleep apnoea, describing important results for the long-term management of patients using ASV and triggering an international safety warning for patients with reduced cardiac ejection fraction. The implications, latest insights and further recommendations of the SERVE-HF trial will be a hot topic at this year’s Clinical Update Sleep.

Dr. West will talk about the link of sleep apnoea with diabetic retinopathy and the preventative impact of CPAP therapy. Her team is currently running the ROSA trial (ISRCTN 95411896) in which patients using CPAP are followed-up for 12 months. The link between intermittent hypoxia and certain pathophysiological changes on the eye is important, as the impact of sleep apnoea is widely under-recognised (12).

Excessive daytime sleepiness can be associated with various sleep disorders, narcolepsy (with or without cataplexy) and idiopathic hypersomnolence, but it can also be the result of sleep fragmentation caused by sleep apnoea, periodic limb movements or insufficient sleep hygiene and sleep restriction, as observed in behaviourally induced hypersomnia. Hypersomnia can impact on daytime function to the degree that professional and private life are affected, in the worst cases leading to unemployment or divorce. Importantly, excessive daytime sleepiness is a risk factor for road-traffic accidents (RTA) causing as much as 20% of the RTA’s in the UK (13).

Dr. Leschziner will update us on hypersomnia of central origin (14) followed by Dr. Smith who will discuss residual excessive sleepiness following standard treatment. Patients who do not respond to treatment make up a significant proportion of sleep apnoea patients on CPAP therapy (15). Finally, Dr. Iranzo will elaborate on the latest treatments for hypersomnia (16).

An important advance in sleep medicine has been the discovery of hypocretins (orexin) in the pathophysiology of narcolepsy. The ‘autoimmune hypothesis’ states that orexin neurones are destroyed in an aberrant autoimmune response; and this hypothesis stems from the genetic association of narcolepsy with Human Leukocyte Antigen (HLA) DQB1*06:02 allele (17); recently, other HLA alleles that modulate the risk of developing narcolepsy were discovered (HLA-DPA1∗01:03-DPB1∗04:020 (18).

The identification of genetic, but also environmental associations, such as the pandemic influenza 2009 vaccination, has consolidated views that narcolepsy type 1 is immune-mediated. A recent study found independent associations of pro-inflammatory cytokines (interferon-γ, CCL11, EGF, IL-2R) with narcolepsy, and with post-H1N1 vaccination narcoleptics displaying increased activity of the interferon-γ network compared to non-vaccinated narcoleptics (19). Dr. Murray from Toronto will talk about H1N1 and narcolepsy in the hot topic session. In addition, the anti-ganglioside antibody GM3 has recently been found to be associated with narcolepsy-cataplexy in vaccinated adolescents and children (20). Anti-ganglioside antibodies interestingly, are also associated with a number of other neurological conditions including the Guillain-Barre Syndrome.

Parasomnias can occur in non-rapid eye movement (REM) and REM sleep. Sleepwalking, sleeptalking and bruxism as well as periodic limb movement, which is often associated with the restless legs syndrome, cover some aspects of parasomnias. Dr. Reading will give us an introduction into clinical presentation of patients with parasomnias and discuss how to diagnose them without an available sleep laboratory (21). Prof. Winkelmann who has worked on the basic pathophysiology of Restless-Legs Syndrome and Periodic Limb Movements will lecture on the current knowledge of these syndromes (22).

REM-sleep behaviour disorder (RBD) and its long-term association with neurodegenerative conditions has been a hot topic in sleep medicine over the last few years (23). Symptoms of RBD can precede alpha-synucleopathies including Parkinson’s disease (PD), dementia with Lewy bodies and multiple system atrophy by many years. One recent study found RBD was the first perceived symptom in 38.6% of PD patients (24). Prof. Oertel from the International RBD Study Group will elaborate further on the current knowledge about RBD and its long-term implications (25).

It is thought that at least 10% of the population suffer from some sort of insomnia at any given moment (26), and a recent cohort study of 1,338 American undergraduates found a prevalence of 47% with some symptoms of insomnia, 22.5% of those studied reported moderate to severe symptoms (27). The high prevalence is of particular importance given the association of insomnia with depression, as shown in a population-based study of 11,239 adults (>18 years old) with either insomnia or OSA and insomnia (28). Furthermore, it has to be acknowledged that insomnia might cause an increased all-cause mortality, as described in a Scandinavian study of over 13,000 people (29).

Prof. Riemann from the European Insomnia Network will give us an update about the latest developments around insomnia and why ‘losing sleep’ is of importance (30). Cognitive behavioural therapy has long been part of the treatment approach for insomnia. Dr. Selsick will tell us what other options we have (31) and elaborate on the current trend to study “mindfulness”. Dr. Nesbitt will talk to us about ‘out of synch’, and why circadian rhythm disorders matter (32).

In a longitudinal analysis investigating 269 patients enrolled in the Wisconsin Sleep Cohort Study non-dipping of nocturnal blood pressure was positively associated with OSA severity during periods of REM sleep (34). Non-dipping of nocturnal blood pressure is thought to represent aberrant sympathetic activation and cardiovascular risk. This is important as previously REM related OSA was not thought to cause cardiovascular problems.

In a recent meta-analysis of 15 cross-sectional, and 5 case-controlled studies, encompassing 3,612 patients with OSA and 2,109 patients without OSA, Xu et al. [2015] confirmed an association between OSA and the metabolic syndrome (35). In OSA patients who are treated with CPAP another meta-analysis of 25 randomised controlled trials (RCTs) with 3,181 patients found treatment with CPAP to significantly increase weight and body mass index (BMI) (36). A decrease in apnoeic events and decreased energy expenditure and sympathetic activation are thought to contribute; additionally, restoration of slow wave sleep may increase the secretion of anabolic hormones.

With regards to insulin sensitivity, a RCT by Pamidi and colleagues [2015] including 39 pre-diabetic patients found that 2-week of CPAP therapy improved insulin sensitivity (P=0.04) compared to controls (37). In a multi-centre cross-sectional study of 762 patients with suspected OSA, the HbA1c in untreated and poorly controlled diabetics was 6.7% in the lowest OSA severity quartile and 7.2% in the more severe OSA group (P=0.033) (38). A positive independent association between HbA1c with the apnoea hypopnoea index (AHI, P<0.001) and 3% oxygen desaturation index (ODI, P=0.002) was found following adjusting for age, gender, BMI, alcohol habits, metabolic dyslipidaemia, hypertension and statin use.

Elevated levels of intercellular adhesion molecule 1 (ICAM-1) and vascular cell adhesion molecule 1 (VCAM-1) are thought to contribute to the pathogenesis of increased cardiovascular disease in OSA (39). In an obese cohort of 309 moderate-severe OSA patients all groups had significantly increased levels of VCAM-1. At 2 years follow-up non-users of CPAP had increased ICAM-1 levels (P=0.019), whereas levels had decreased in CPAP users (P<0.05) (40). In another study of 332 patients, OSA was found to be an independent risk factor for stroke in patients with atrial fibrillation (AF) with an odds ratio of 3.65 (95% CI, 1.25 to 10.62); a dose-effect relationship was described between the AHI and the incidence of stroke (P=0.005) (41).

Intermittent hypoxia in OSA can be compared to a model of ischaemia and reperfusion injuries, which cause tissue damage due to the formation of reactive oxygen species (ROS) during the reperfusion stage. Mitochondrial dysfunction, a marker of ischaemia-reperfusion injuries, has been observed in OSA patients (42). Conversely, ROS have been associated with protective cell signalling pathways and are the basis for ischaemic pre-conditioning. Patients with OSA who suffer a myocardial infarction have recently been found to display an increased capacity for the formation of coronary collaterals, in comparison to non-OSA control subjects (43). In addition, withdrawal of CPAP in patients with moderate-severe OSA did not lead to a rise in ROS, rather a rise in superoxide dismutase was observed, hypothetically indicating an increased antioxidant capacity in response to ischaemic pre-conditioning (44). Our understanding of the multi-faceted role of ROS in OSA is rapidly developing, with implications for the treatment and reduction in morbidity of these patients.

It is likely that we will hear more about developing stories from the expert panel at the Clinical Update Sleep and we hope that the success of this event inspires juniors in the field to get involved in sleep medicine. The agenda of the update is to create lasting collaborations between younger and more senior researchers and clinicians in the field. For this purpose we have paired sessions with internal and external speakers and chairs, we have grouped established experts in the field with more junior colleagues and we have invited students to submit abstracts. The Journal of Thoracic Disease will publish the conference proceedings in a special issue in February 2016. Following on from the successful inaugural Clinical Update Sleep in 2014 we are pleased that the Royal College of Physicians in London will host this event. We have improved this year’s format and offer parallel sessions focused on sleep-disordered breathing, hypersomnia, insomnia, parasomnia and circadian rhythm disorders, as well as work-shops covering CPAP therapy and difficult scoring of polysomnographies. We are grateful for the support and effort of all contributors and we look forward to welcoming you in person to London. 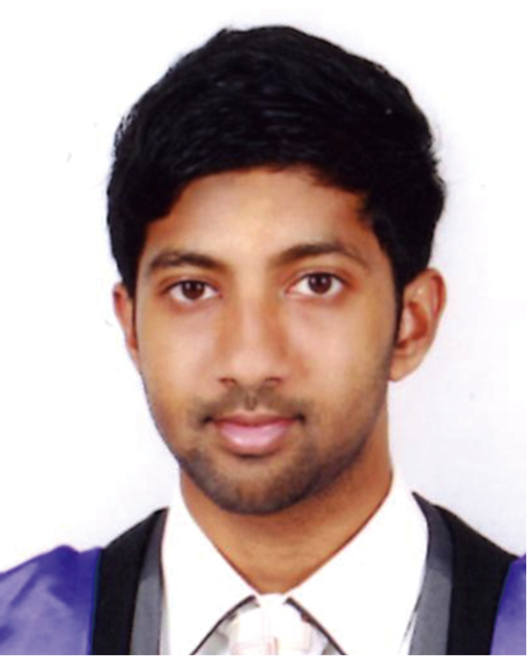 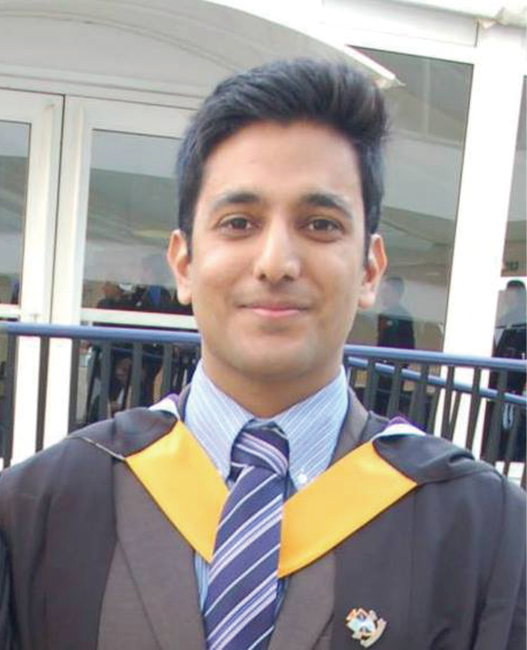 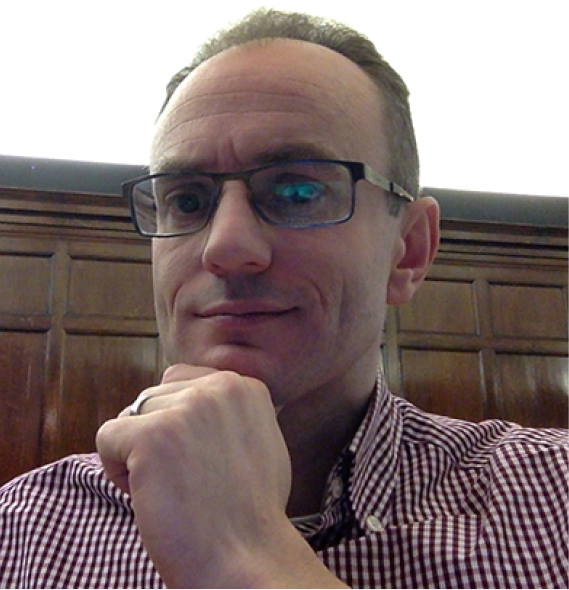