The symptoms of tetraethyl lead (TEL) poisoning are shown mainly in the central nervous system (1). The lightly affected patients may have headache, insomnia, and excitation, whereas the more serious patients would have symptoms such as delusions, delirium, and even hyperspasmia (2-4). In some poisoning patients, the lead concentration in blood and urine may have been increasing; however, it did not correlate with the clinical manifestation. Lead concentrations in blood and urine of workers were reported as early as they were leaving the exposure environment, which can be used as a reference indicator for estimating the degree of TEL poisoning (5-7). The use of a sedative was important for treating acute and heavy patients.

In the middle of March 2010, several employees of a plastic weaving factory showed psychiatric symptoms of babbling, aggressiveness, acousma, and visual hallucinations. A total of 16 workers were admitted having been into the mental hospital for treatment. The treatment method was based on their neurosis and administered aloperidin and midazolam. Four critical patients were sent to the intensive care unit (ICU) for treatment.

The main symptoms of patients were nausea, headache, speech disorder, and dysphoria and the serious cases possessed the symptoms of delirium, insanity, aural hallucination, visual hallucination, aggressive behavior, fear, limb hyperspasmia, and confusion, and so on (Table 1).

Clinical features: (I) the symptoms of patients were very similar and ranged from mild to severe; (II) the vital signs were stable. Body temperature, pulse, and blood pressure were all normal; (III) some patients had nervous system symptoms, such as delirium, nystagmus, limbs tremors, and hypermyotonia. The electromyographs of the patients were not examined, but other neurologic examination of patients such as hyperspasmia, tremors, altered consciousness, and hypermyotonia had presented in most patients; (IV) lab examination was tested in all the 16 patients, and the result in Table 2 shows the following: (I) liver function parameters were higher than normal; (II) a few of the patients’ blood potassium were down and the lowest value was 3.09 mmoL/L; (III) examination of cerebrospinal fluid and the MR of the head showed no abnormalities; (IV) the AST and ALT concentrations increased in most patients 1 week before hospitalization; (V) the clinical diagnosis excluded the possibility of infectious central neurologic disease; (VI) the sedative treatment, nutrition brain nerve medicine (ganglioside and vitamin B1), nutritional support treatments were effective, which can cure nervous psychiatric symptom and reduce dystaxia. 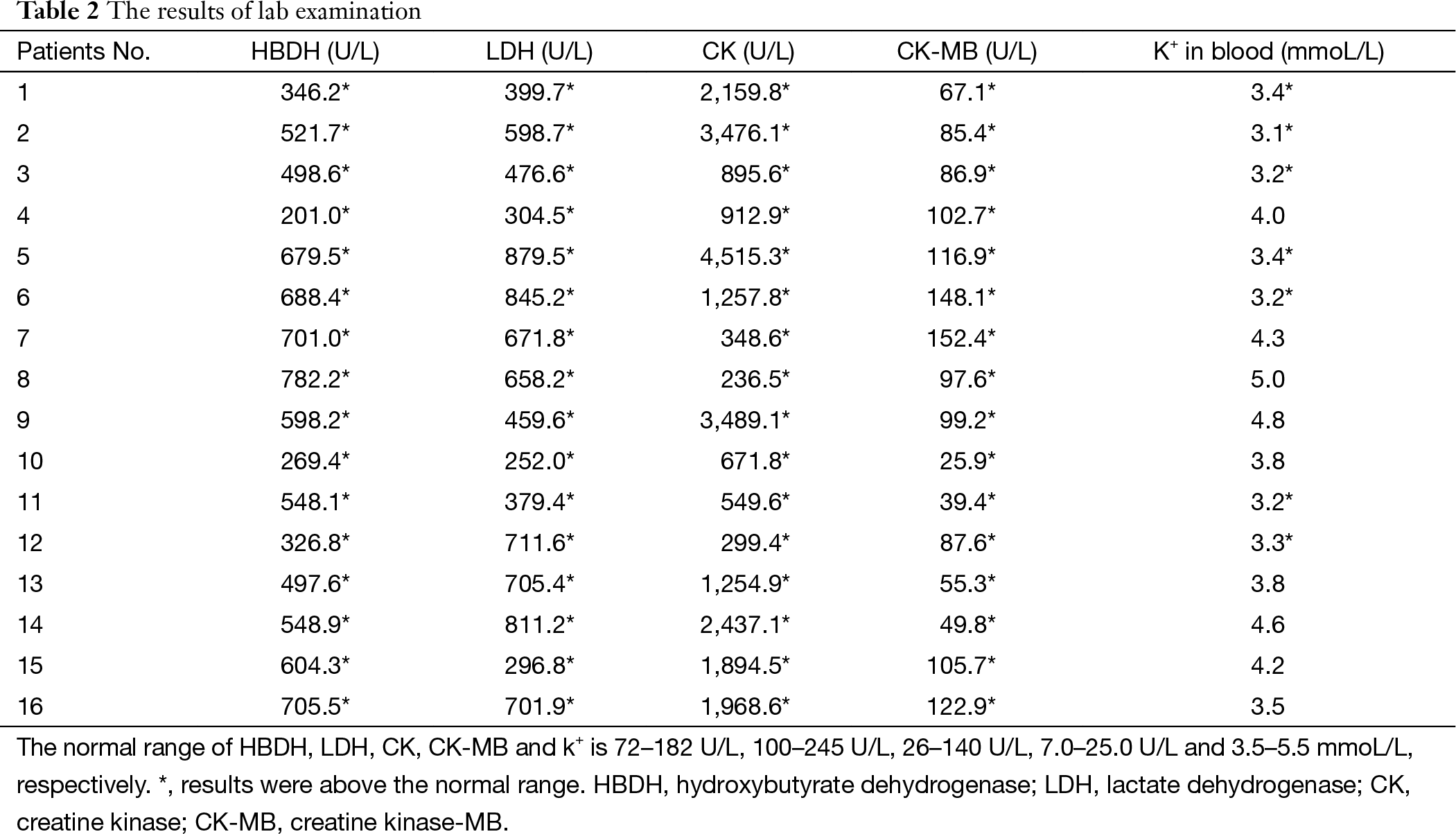 First of all, we suspected that the patients was organic tin poisoning, and collected the biological samples for detection of tin content (8). The results suggested that the blood tin concentrations were all below the national standard (<0.5 µg/L), whereas only one urine sample contained tin at a concentration higher than the standard, and concentration in other urine samples were below 90 µg/L.

In order to further clarify the sources of lead, and to exclude the possibility of tin poisoning, we collected all raw materials and auxiliary materials used in the production process, including polypropylene particle, orange pigment and “white oil”, for detecting the related poison, such as tin, lead compound. The highest tin concentration in polypropylene particle was 1.92 mg/kg. However, the “white oil” surprisingly contained TEL and the concentration of which is about 12.3 mg/kg. The result can be seen in Table 3.

But how can lead and tin enter into the patients’ circulation? The portable GC-MS was used to identify organic chemical in the air of workshop during the simulation production. But no relevant poison was detected, which was equivalent to the background of the air. The concentrations of inorganic tin and lead in all air samples were lower than detection limit.

All the patients were from round weave workshop of plastic weaving factory. Factory was a private enterprise, mainly engaged in the production of plastic packaging bags. The polypropylene particle and orange pigment were added to the melting furnace through the feeding machine, and then were melted at about 280 °C in enclosure. The polypropylene silk was extruded, and weaved at knitting machine. In the course of weaving, liquid called “white oil” was used as a lubricant during weaving by hand. The works did not wear protective gloves. Therefore, the main way of exposure lead and tin was by skin.

What was the main factor of poisoning? According to the clinical symptoms, combined with the detection results, we thought that this poisoning was caused by lead compounds. Firstly, it has been reported that lab examination values of hydroxybutyrate dehydrogenase (HBDH), creatine kinase (CK), lactate dehydrogenase (LDH) and creatine kinase-MB (CK-MB) increased in TEL poisoning, especial CK value. But there was no report in organic tin poisoning. Secondly, the common symptoms of low blood potassium and high blood ammonia in organic tin poisoning had not been observed. Thirdly, polypropylene particle contented tin was used as raw material for nearly 3 years, during which there was no patient. In the March 2010, the previously used white oil has been replaced by larger packing and diaphaneity and smell was not the same as before according to the patient’s memories. We analyzed the content of TEL in white oil used before and did not detect TEL. However, there have been poisoned patients after used white oil containing TEL. Fourthly, the patient recovered well after treating with removing lead method.

It was rarely reported of TEL poisoning in weaving industry. It is understood that the white oil used after were recycled from the transformer manufacturers. In this incident, both the employers and employees did not recognize that they were exposed to toxic chemicals during the course of production. The event was insidious and the disease was difficult to diagnose without the history of chemical exposure. Based on the result of fast determination, it was determined that the volatile white oil contained TEL, and all those patients had a history of exposure to white oil; their clinical symptoms were consistent with that of TEL poisoning. Their blood and urine lead concentrations were higher than the safety standard levels. But urine lead and blood lead are not indicative of different routes of exposure or forms of lead, so we conducted field investigations in order to identify the source and route of exposure lead. All the evidence suggested that the group-manifested mental disorder was recognizable as occupational poisoning and the cause was TEL in the white oil. Although few patients had blood potassium levels below the normal values, it did not indicate that the toxic agent was organic tin because a source of organic tin with sufficiently high concentrations was not found, and only low tin concentrations were detected in biological samples. The low blood potassium was likely caused by dehydration before the patients were sent to the psychiatric hospital.

The factory had stopped manufacture for about 2 months, and the time of simulation manipulation was only about half hour which resulted that the toxic chemicals in the air was so low that cannot be determined. So we cannot exclude the possibility of respiratory exposure.

The workers in the factory did not have any personal protection equipment to prevent exposure to TEL through respiration and skin contact; protective masks, clothing, and rubber gloves were recommended for use while working with TEL. The potential poisoning source had to be examined and controlled, and more attention should be given to the poisoning caused by TEL, and effective measures should be implemented to prevent analogous poisoning events from happening again.

The case report was supported by the Second People Hospital of Xuzhou.