Recognizing the strange: experience of the ESTS-AME clinical fellowship in Beijing and Guangzhou

During the ESTS postgraduate master course 2016 in Naples, the 2nd ESTS-AME prize was awarded for the best overall performance by a trainee member. I was lucky enough to win this prize and was faced with this one month experience of thoracic surgery in China. During three weeks, I was involved in the daily routine of the Thoracic Surgery Department at the Cancer Hospital Chinese Academy of Medical Sciences in Beijing (Figure 1). One week was spent at the Thoracic Surgery Department of the 1st Affiliated Hospital Guangzhou Medical University (Figure 2). 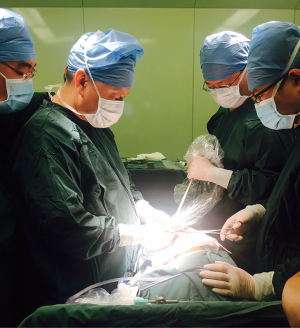 Figure 1 Prof. Gao and his team at work. 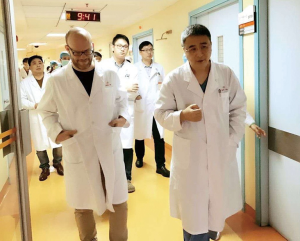 Figure 2 Surgical ward round with Prof. He.

“Bin or the Journey to Beijing”, roughly translated from German “Bin oder die Reise nach Peking”, is a novel from one of the most famous playwrights and novelists from Switzerland, Max Frisch (1). It describes the protagonist’s attempts to leave his deadlocked and bourgeois daily routine. Beijing becomes the destination of choice. Unfortunately, the city is never approachable and turns into an unobtainable desire. Did I have to leave any kind of deadlocked situation? Not really, but at least the training in thoracic surgery in Europe and Switzerland deals with problems, especially the case number of patients (2,3). Therefore, collaborations with countries like China are desirable and even required (4). Did Beijing turn into an unobtainable desire in my case? Luckily not as I was awarded with this unique kind of fellowship and everything worked perfectly. But where is the deeper connection to the above mentioned protagonist? Beside the fact that both of us visited the Chinese Great Wall (Figure 3), the journey itself became the goal and led to a change of awareness. The title of this article reflects the latter. Strange means the foreign, the different culture and customs. Recognizing refers to the only small differences or even equal behaviors and methods concerning clinical and surgical procedures. I was not surprised but still astonished about the high quality of medicine and almost the same principles regarding cancer treatment. From multidisciplinary treatment discussions, case presentations, ward rounds and even up to details like suture techniques, I did not find great differences to my work place. On the other side, the large patient number (Figure 4) and the proactive development of our surgical specialty allows the emergence of new technologies and exciting ideas. Therefore, China and Europe can discuss equally while collaborating and profit from each other. 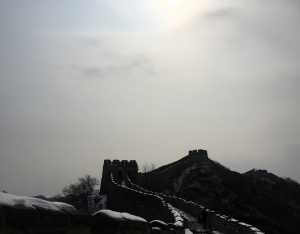 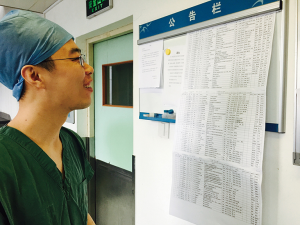 Actually, the different culture and customs beyond the hospital were multifarious and broadened my horizon. One should seek a journey to China not only for professional reasons but also for leisure, nature, culture and the most important, the country’s people. Even the protagonist from Frisch’s novel has a companion, named “Bin”. Interpreting the novel, Bin serves as lookalike, travel guide and the personification of the protagonist’s options. Throughout my journey, I met several people like Bin. I was always well guided and experienced great hospitality.

During the 25th European Conference on General Thoracic Surgery in Innsbruck, Austria, I could present my experience with a short lecture. The applause in the end was strong and cordial. Therefore, I would like to dedicate it to all my new friends and colleagues from China.

A big thank goes to Prof. Gao and his team from Beijing for the great hospitality and the enormous effort to perfect my stay. A special thank goes to Chad who became a very good friend and my “Bin” in Beijing. A big thank goes to Prof. He and his team including Jiang from Guangzhou, who successfully convinced me to start an own “NIVATS” program. I also would like to thank the ESTS and the AME Publishing Company for making this journey possible. Last but not least, I would like to thank the AME coworkers Grace, Nancy, Anna and Amy, my “Bins” in Guangzhou.

Conflicts of Interest: The ESTS-AME prize included an expenses-paid attachment to the Cancer Hospital Chinese Academy of Medical Sciences in Beijing and the 1st Affiliated Hospital of the Medical University of Guangzhou for 1 month, sponsored by the AME Publishing Company.