Mini-clamshell sternotomy for resection of recurrent thymic carcinoid tumors after extended thymothymectomy: report of a case and surgical procedure

Median sternotomy is the standard procedure for mediastinal, cardiovascular, and bilateral thoracic disease, among other conditions, and an increasing number of patients undergo reoperation via median sternotomy after previous thoracic procedures. However, reentry into the mediastinum can cause catastrophic hemorrhage, and major vessels and cardiac structures are sometimes injured because of dense adhesion between the posterior wall of the sternum and anterior mediastinum (1). When a patient undergoes extended thymothymectomy, dense adhesion of the left innominate vein to the sternum should be considered during resternotomy. We describe the successful use of a “mini-clamshell approach” through the 3rd intercostal space for complete resection of local recurrence in a 41-year-old man after extended thymothymectomy for thymic carcinoid tumor.

The patient was a 41-year-old man with multiple endocrine neoplasia type I. Three years earlier, he had undergone extended thymothymectomy and pericardiectomy via median sternotomy to remove thymic carcinoids in the anterior mediastinum. He did not receive adjuvant chemotherapy. He was admitted to our surgical unit for removal of two recurrent thymic carcinoid tumors in the anterior mediastinum. Chest computed tomography (CT) images showed two recurrent tumors in the mediastinum: one with a diameter of 2 cm, dorsal to the superior vena cava, and another with a diameter of 4 cm, in the aortopulmonary window. The left innominate vein was directly attached to the dorsal wall of the upper sternum (Figure 1). 18F-fluorodeoxyglucose positron emission tomography/computed tomography showed a maximum standardized uptake value of 5.47 in the former lesion and 4.78 in the latter lesion. We used a “mini-clamshell approach” to perform the operation, which was successful. Pathological analysis showed that the tumors were recurrent thymic carcinoids. 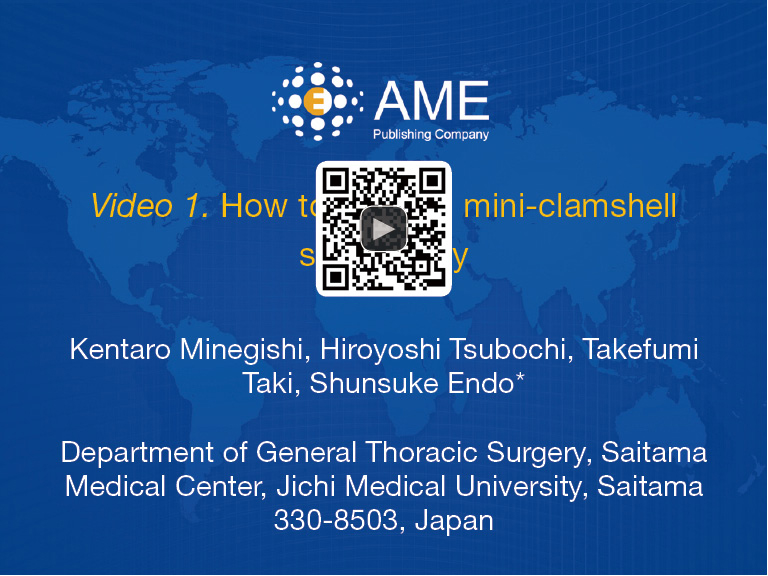 Figure 2 How to perform mini-clamshell sternotomy. After making a 30-cm clamshell-type skin incision, blunt dissection with retrosternal reentry was performed. After resecting bilateral 2nd and 3rd costal cartilage, transverse sternotomy at the level of the 3rd intercostal space was performed. While lifting the upper portion of the sternum, dense adhesion around the left innominate vein was carefully dissected from the sternum. The recurrent anterior mediastinal tumors were then completely resected (2). Available online: http://www.asvide.com/article/view/30789

The patient was placed in supine position under general anesthesia. A 30-cm clamshell-type skin incision was made over the anterior chest wall. Resection of bilateral 2nd and 3rd costal cartilage enabled us to lift up the superior edge of the sternum and perform a transverse sternotomy at the level of the 3rd intercostal space. Dense adhesion around the left innominate vein was carefully released from the superior edge of the sternum. After complete dissection of the left innominate vein, the recurrent anterior mediastinal tumors were completely resected with the mini-clamshell approach. The upper section of the sternum was fixed to the sternal body with two stainless-steel wires and to the bilateral 2nd and 3rd ribs with nylon threads. Operative time was 274 min and operative blood loss was 545 mL. The patient’s postoperative course was uneventful, and wound pain was minimal. He returned to his daily activities at 2 weeks after surgery, and his most recent follow-up evaluation, at 9 months after the operation, showed no evidence of further recurrence.

Patients with dense adhesion between the posterior wall of the sternum and anterior mediastinum are at risk of catastrophic heart and major vascular injury during reentry into the mediastinum (1). Sternal reentry was reported to be safe in several previous reports (3-5) and is classified into two types. The blind re-sternotomy approach involves repeated sternal division with an oscillating saw. It provides a wide surgical view but requires delicate surgical procedures, to avoid damaging the heart and great vessels. Direct-vision sternal reentry involves elevation of the sternum, to allow dissection of the retrosternal adhesion under direct vision (3-5). Video-assisted thoracoscopic surgery (VATS) is alternative approach when the retrosternal space can be opened widely. Previous reports found that 1.6–2.7% of patients undergoing repeat sternotomy developed catastrophic hemorrhage after any procedures, and 0.4–0.5% had injuries to the left innominate vein. The risks associated with direct-vision sternal reentry were lower than those for blind sternotomy (6,7). In the present case, the direct-vision sternal re-entry approach through thoracotomy or VATS was not recommended because it could not safely expose the adhesive upper mediastinal space around the left innominate vein after extended thymectomy. Our novel mini-clamshell approach enables safe, straightforward dissection of the left innominate vein within the upper retrosternal space. However, a free space at the level of the planned transverse sternotomy should be confirmed on preoperative chest CT.

In conclusion, the mini-clamshell approach provides a wide surgical view of the upper retrosternal space and enables straightforward dissection of the left innominate vein, even in patients with dense adhesion around the innominate vein after extended thymectomy.

Informed Consent: Written informed consent was obtained from the patient for publication of this Case and any accompanying images and videos.