Although the first thoracoscopic lung resection was performed in 1991, the development and expansion of video assisted thoracoscopic surgery (VATS) has been greater in the last ten years. Internet and specialized web pages have been very important in this expansion for they have given access to a great number of videos showing surgical techniques. The countless advantages which VATS provides over open surgery makes it a technique that every thoracic surgery department must learn and master. Most of the surgeons perform the VATS approach to lobectomy via 3 to 4 incisions, but the surgery can be performed using only one incision with similar outcomes. Uniportal VATS approach for lobectomy is an emergent minimally invasive technique developed by the thoracic team at Coruña University Hospital in 2010. Nowadays, more complex resections, such as post chemo-radiotherapy resections, lobectomies with chest wall resection, bronchial sleeves or vascular reconstructions are being performed through a single small incision and published. The experience acquired in the last years, as well as the development of thoracoscopic equipment (especially the introduction of the high definition imaging) and the improvements of the surgical instruments have contributed to this.

The ideal learning of the single-port technique should be based on visits to centers experienced with the technique, theoretical learning through textbooks, atlas and scientific articles as well as practice in the animal model or using simulators. The learning curve is easier when you have prior experience with VATS using two incisions but it is possible to learn the single-port technique transitioning directly from open surgery when you have experience with an anterior thoracotomy approach.

The international course held in La Coruña in February 2014 was a unique event and pioneering course in the world. The faculty of the symposium was chosen among the leading VATS experts in the world such as Gaetano Rocco, William Walker, Calvin Ng, Alan Sihoe, Thomas Damico, Federico Venuta and others. For the first time the single port lobectomies were broadcasted worldwide via internet. According to statistics from the congress, over 2,000 people watched the live cases and the oral sessions during the first two days of the course. The possibility of interactive communication from surgeons around the world via internet enabled questions and answers with the attending faculty during the live cases, making the event more dynamic, interesting and overall educational. The combination of lectures, live surgery and practice in the animal wetlab was the ideal model for learning, according to the feedback received from the participants after the symposium (1) (Figure 1). 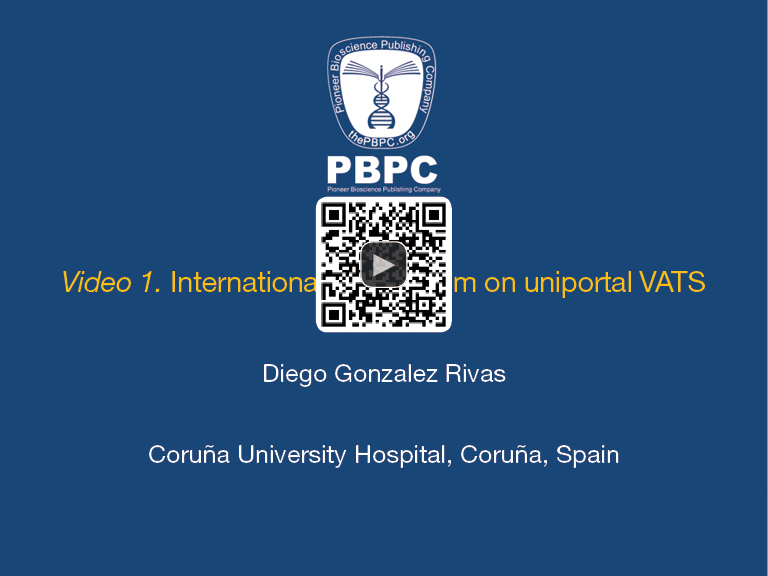 With this special issue, based on the single-port technique we aim to reflect the topics covered during the symposium with the support of videos that show the surgical procedures. We include a brief review of the history and origin of single port VATS procedures, different approaches and experiences of other centers with this technique, the technical aspects of lobectomy, segmentectomy or pneumonectomy, as well as more complex procedures including sleeve resections or vascular reconstructions. We also included two chapters (unusually reported in the literature) detailing complications during uniportal VATS and mediastinal lymphadenectomy.

The international symposium is included in the event’s website and live surgeries and conferences can be visualized on the web www.livethoracic.com. 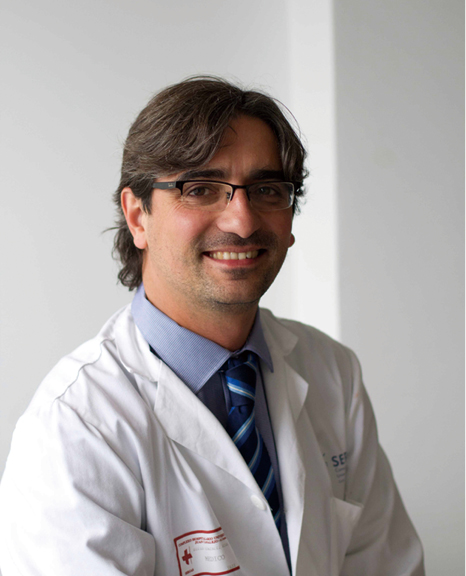