On November 20, everything on the congress site was well-organized. Under the tranquil, comfortable and pleasant atmosphere, the Panhellenic Congress on respiratory and occupational chest diseases: consensus and controversy was officially held in Thessaloniki, Greece from November 20th to 23rd, 2014. This is one of the most important congresses in northern Greece in the field of thoracic disease held by every two years since 1984 (Figure 1). 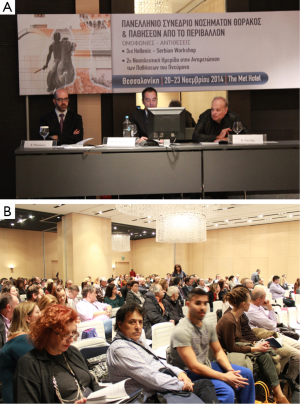 Figure 1 (A,B) On the site of the Panhellenic Congress on respiratory and occupational chest diseases: consensus and controversy.

“Over the years, the congresses organized by the Hellenic Society of Respiratory and Occupational Chest Diseases have contributed in the formation of a unique scientific forum for the presentation of original research, diffusion of knowledge on the latest developments in respiratory medicine, and constructive networking between specialists from Greece and abroad. It also includes State-of-the-art lectures and educational workshops and seminars.” the congress president addressed.

With focus on respiratory medicine, thoracic surgery and other occupational chest diseases, the congress includes, but not limited to, biopsy, screening, personalized medicine, palliative care, surgery and so on. In addition, as certified by the European Respiratory Society (ERS), the ERS postgraduate courses were also incorporated in the three days’ agenda. These courses were concentrated on lung cancer, tuberculosis (TB), sleep and breathing disorder. This made the congress attract many young audiences. When we asked one of the young audiences about her view on the conference, she smiled with English that “full of innovations and information”. Indeed, people were able to get access to the forefront of scientific knowledge and technology in thoracic disease by listening to various speeches from distinguished speakers (Figure 2). 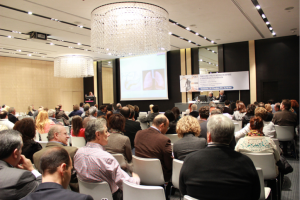 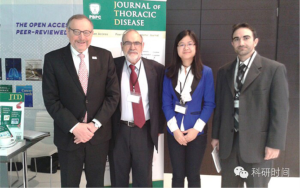 Chinese experts’ surgical videos show was one of the highlights on the congress. Professor Jianxing He, the Director and Professor of the Thoracic Surgery Department, President of the First Affiliated Hospital of Guangzhou Medical College, first introduced the Chinese experience in thoracic surgery to Greek counterparts, and demonstrated the video-assisted thoracoscopic sleeve lobectomy via 2-port approach (Figures 4,5). 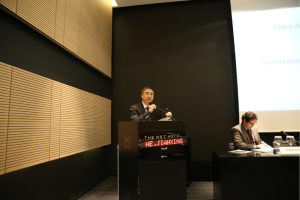 Figure 4 Professor Jianxing He is presenting the speech on video-assisted thoracoscopic sleeve lobectomy via 2-port approach. 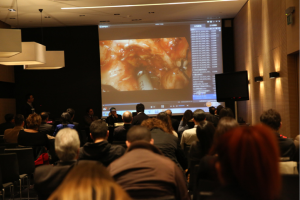 Following speakers were the Chinese experts who had outstanding performance in the 2014 Masters of Cardiothoracic Surgery—VATS Segmentectomy or Sleeve Lobectomy Video Contest, including Dr. Wenjie Jiao, Junjiang Fan, Liang Chen, Shidong Xu, who have displayed their surgical techniques on VATS segmentectomy or lobectomy with different ports (Figure 6). Their presentations with vivid surgical videos provoked active debates on the congress, especially about the question on lymph node biopsy (Figures 7,8). 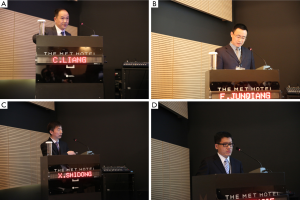 Figure 7 (A,B) Experts from University of Novi Sad are questioning. 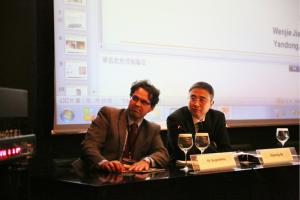 Figure 8 Chairs of the section are immersed in the hot discussion.

Finally, AME Science Editor Grace Li displayed a large picture of the work that AME is devoted to. Based on the 17 medical journals, AME has established novel platforms, including the AME books, AME Surgical Video Database (Asvide), Multicenter Clinical Database (e.g., ARTCH Project) (Figure 9). Just finished, Professor Robert Pirker (Congress President of the 14th Central European Lung Cancer Congress in 2014 and the 17th World Congress on Lung Cancer in 2016) initiatively came over to shake hands with Grace Li, “I know you are active, but did not know that you are so active!” Yes, AME is committed to providing better service and platforms for doctors, patients and investigators worldwide beyond the traditional concept of journals. As described itself as AME, academic made easy, excellent and enthusiastic (Figure 10)! 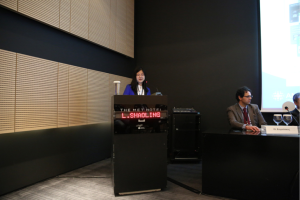 Figure 10 The Chinese experts and AME Science Editors on the congress.