Additionally, it was demonstrated that the prognosis of patients with brain metastases is determined by variables other than therapeutic strategies. Initially, a good performance status, control of the primary tumor, no extracranial metastasis, and younger age were identified as factors associated with improved survival in recursive partitioning analysis (RPA) (1). It was observed that a subgroup of patients might have longer survival than predicted by RPA (11). To assist the selection of proper personalized therapy, several new prognostic indices have been developed, e.g., diagnosis-specific graded prognostic assessment (DS-GPA) (12) and, more recently, graded prognostic assessment for lung cancer using molecular markers (Lung-mol GPA) indicating that biological factors should be strongly considered in the therapeutical decision-making (13).

A question one may ask is how to put these data on the management of brain metastases into the context of the constantly changing and evolving landscape of treatment of lung cancer. Targeted, personalized treatment is available for both NSCLC and SCLC. The detailed guidelines exist for molecular testing in NSCLC, before initiating first-line therapy (10). Novel therapies such as targeted agents for brain metastases in lung cancer with driver mutations and the immune checkpoint inhibitors were revealed to have greater intracranial efficacy compared with conventional chemotherapy (14,15). Also, recently, in extensive-disease (ED) SCLC, we have witnessed an encouraging move of introducing immunotherapy to standard chemotherapy (16). Besides progress in biological therapies, immense technological progress in radiotherapy has been made with the introduction of image-guided radiotherapy (IGRT) and intensity-modulated radiotherapy (IMRT). Progress in radiological diagnostic with follow-up imaging with brain MRI may contribute to the early detection of brain metastases and, consecutively, increased adoption of SRS. This may promote research in the direction of the combination of these novel agents with SRS or WBRT in the case of multiple metastases. Molecular status may have an impact on the decision to delay brain radiotherapy in subgroups of patients, but there are insufficient data to make a more definitive recommendation. All these issues are discussed in this special issue on the radiotherapy of brain metastases from lung cancer.

Despite the growing use of SRS with the omission of WBRT, even in SCLC (17,18), WBRT for brain metastases cannot always be omitted, and in such patients, concern arises about a neurocognitive decline, especially in the fragile, elderly population (19). In such cases, new radiation technologies, like IMRT, may be used for the preservation of memory, such as hippocampal avoidance (HA) (20). In a recent phase III trial, including 518 patients with multiple brain metastases referred for WBRT with random assignment to 30 Gy in 10 fractions to the whole brain + memantine + HA vs. the same approach without HA, it was demonstrated that WBRT with HA better preserves cognitive function after treatment compared with WBRT without HA, with no difference in intracranial control and overall survival (21). Thus, management of brain metastases from lung cancer requires a detailed and comprehensive discussion with patients on the trade-off between intracranial control and cognition, taking into account that the prognosis of such patients may not be as obscure as it was thought in the past due to progress in biological sciences and radiotherapy technologies. Again, this is a call for a multidisciplinary approach in the management of brain metastases in close cooperation with oncologists as well as neurosurgeons. In the exploratory analysis of the European Organization for the Research and Treatment of Cancer 22952-26001 trial, including 268 patients with brain metastases, patients undergoing SRS exhibited similar local tumor control to those undergoing surgical resection. The risk of early local recurrence was higher among patients undergoing surgery; however, the risk of late recurrence was higher among those undergoing SRS. Thus, a crucial issue would be to identify the patients who benefit from surgery alone with the omission of any form of radiotherapy (22).

All aforementioned considerations relate to the patients with preserved performance status who may benefit from the progress in the management of lung cancer. However, among patients with brain metastases from lung cancer, there is a significant proportion of patients with poor performance status, for whom WBRT has no benefit over the use of steroids alone (23). These patients should benefit from the early introduction of all measures of palliative care without radiotherapy, because such an approach improves the quality of life, especially in patients with lung cancer (24). A comprehensive review by Sharma and Mrugala (25) provides the evidence and recommendation for palliative care for patients with brain metastases during oncological treatment; more pertinent, however, are the palliative approaches to be adopted at the stage of the disease when there are no longer any viable surgical, radiation, or systemic options available, or if the patient’s condition is too poor to continue any oncological treatment.

The Guest Editor and Contributors of this special issue of the Journal of Thoracic Disease hope that clinicians will find the articles in this issue interesting and useful for their daily practice.

Provenance and Peer Review: This article was commissioned by the editorial office, Journal of Thoracic Disease for the series “Radiotherapy for Brain Metastases from Lung Cancer”. The article did not undergo external peer review.

Conflicts of Interest: The author has completed the ICMJE uniform disclosure form (available at http://dx.doi.org/10.21037/jtd-2019-rbmlc-12). The series “Radiotherapy for Brain Metastases from Lung Cancer” was commissioned by the editorial office without any funding or sponsorship. LK served as the unpaid Guest Editor of the series. The author has no other conflicts of interest to declare. 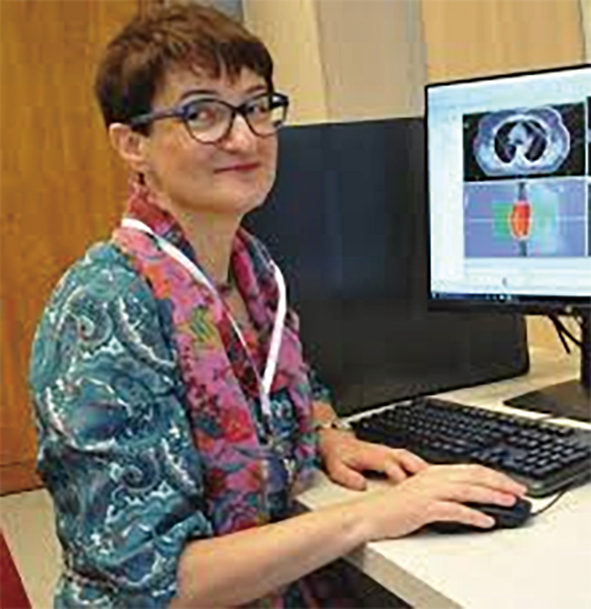