Compared with conventional thoracotomy, thoracoscopic surgery has many advantages, including less trauma and pain, faster recovery, fewer complications, and a shorter hospitalization period, and it is also associated with a higher tolerance to postoperative adjuvant therapy (1-3). Central lung cancer, which is in close proximity to the hilum of the lung and originates from the proximal subsegmental bronchi, often requires sleeve lobectomy or unilateral pneumonectomy, due to the specificity of its anatomical site and pathological type.

The advantages MIS over thoracotomy (TH) for central lung cancer are unknown. To demonstrate that MIS has the same application value in locally advanced central lung cancer as it has in early peripheral lung cancer, clinical studies are needed to determine the following: (I) the feasibility and safety of using MIS techniques to perform pneumonectomy and sleeve removal; (II) the feasibility of MIS as a method for improving perioperative efficacy and patient benefit compared with traditional surgery; (III) the efficacy of MIS compared to open surgery in oncology, given lung cancer patients comprise the target treatment population. Therefore, this meta-analysis was designed to be the first to compare the postsurgical short- and long-term outcomes of patients with centrally located non-small cell lung cancer treated with MIS or TH. The results of our study will aid future surgical decision-making and the design of effective and safe treatment strategies for centrally located non-small cell lung cancer.

We present the following article in accordance with the PRISMA reporting checklist (available at http://dx.doi.org/10.21037/jtd-20-3273). 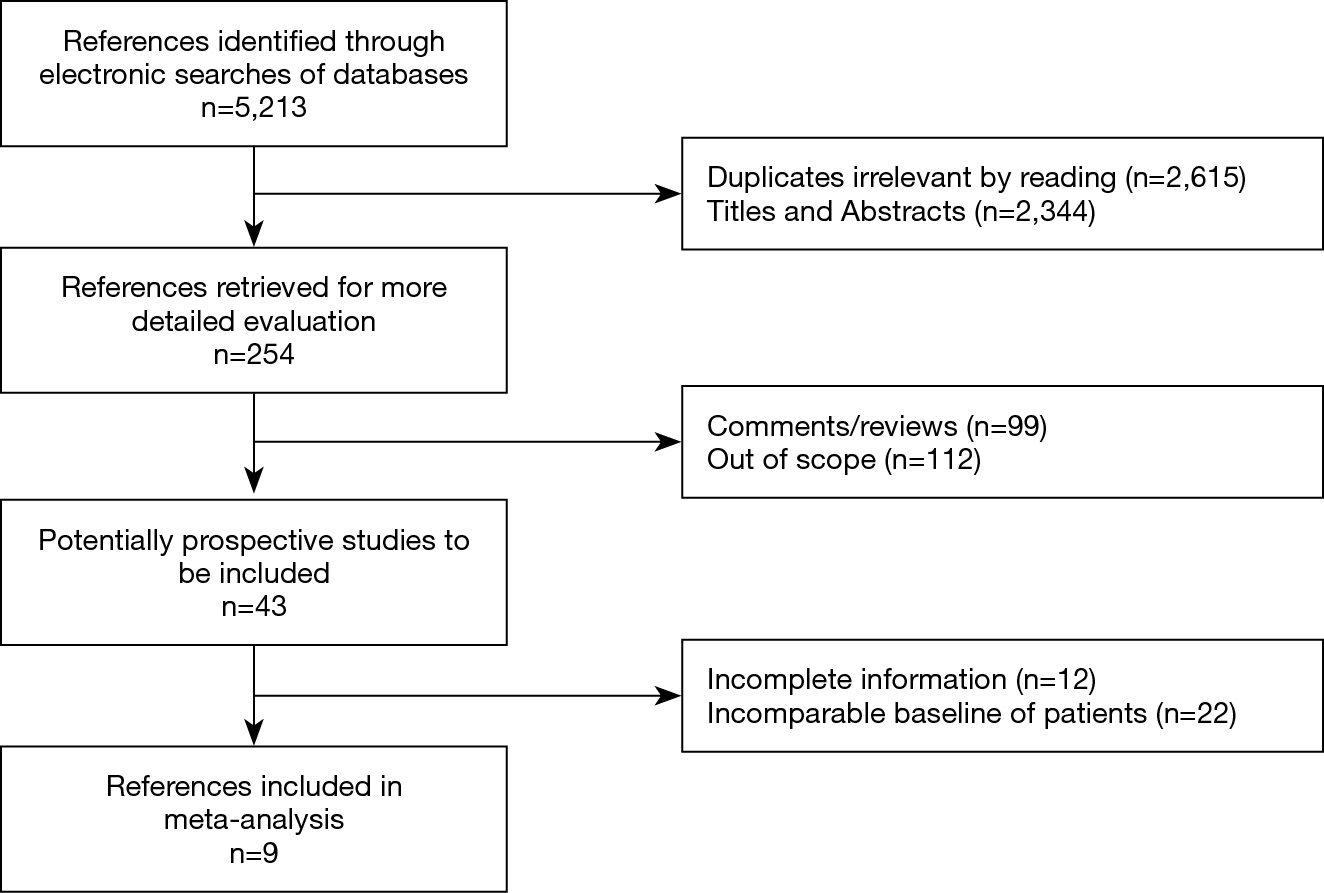 The articles included in the present meta-analysis were required to meet the following inclusion/exclusion criteria: (I) randomized controlled trials or non-randomized comparison trials with parallel controls that (II) compared MIS and thoracotomy, and (III) included sufficient data for calculating relative risk (RR)/odds ratio (OR)/mean difference (MD) and 95% confidence interval (CI). Where the same population had been used in multiple studies, only the most up-to-date research was included. Studies that exhibited a non-controlled design, case reports, or trials with incomplete study data were excluded.

Data were independently extracted by three investigators (Z Li, M Xia, and C Liu). The data extracted from each study included, but were not limited to, the first author, country, publication year, number of cases, and outcomes. Doubled data were included. The Cochrane Collaboration’s tool for assessing risk of bias was applied to each selected study, covering the following domains: (I) random sequence generation; (II) allocation concealment; (III) blinding of participants and personnel; (IV) blinding of outcome assessment; (V) incomplete outcome data; (VI) selective reporting; and (VII) other bias. These domains were judged as “yes”, “no”, or “unclear”.

MIS: this included single-hole, two-hole, and three-hole thoracoscopic operations, and robot-assisted MIS without the use of rib retractor.

All extracted data were entered into Review Manager 5.3 software by two investigators (Z Li and M Xia), working in parallel. The 95% confidence intervals of odds ratios (OR) or mean differences (MD) were used to calculate dichotomous and continuous values, respectively. Heterogeneity was evaluated using the χ2 and I2 tests; I2<25% and I2>50% reflected small and large inconsistencies, respectively. P>0.10 indicated homogeneity between studies, in which case a fixed-effects model was used. P<0.10 and I2<50% indicated acceptable heterogeneity between studies, and a fixed-effects model was also adopted. P<0.10 and I2>50% indicated unacceptable heterogeneity; under these circumstances, a random-effects model was adopted. P<0.05 was considered statistically significant. Heterogeneity was estimated using forest plots and publication bias was estimated using funnel plots; the funnel plot model was also used to detect deviations. The risk of bias was assessed using the asymmetric test sizes of treatment outcomes in funnel plots.

Nine studies involving a total of 5,869 patients (1,140 and 4,729 patients who underwent MIS and TH, respectively) were finally included in this meta-analysis. Figure 1 presents the flowchart of the literature search, which was performed in accordance with the PRISMA statement. Patient clinical data from each study are presented in Table 1. 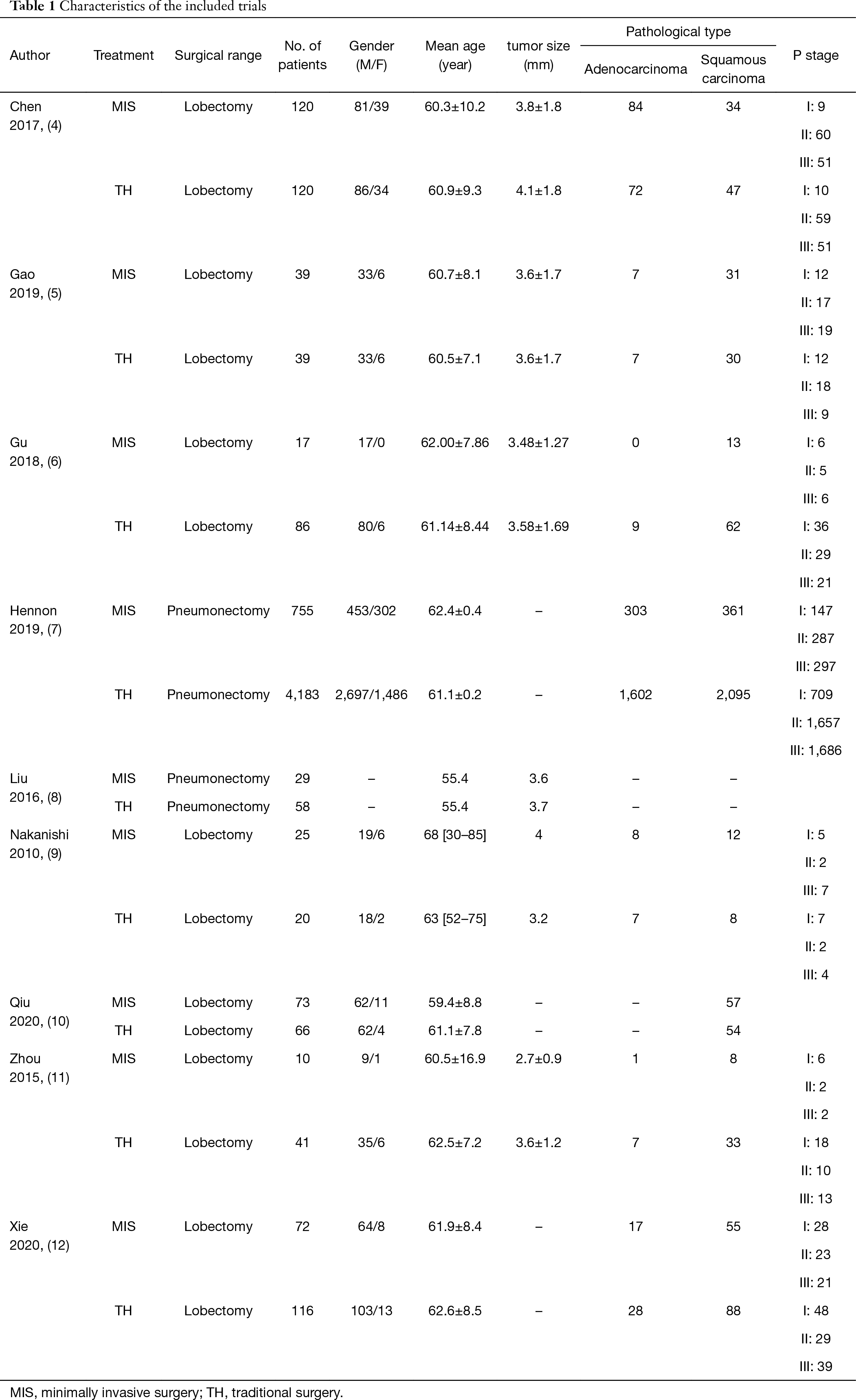 Figure 4 No statistical difference was observed in the number of total lymph nodes removed between the two groups.

Figure 5 No statistically significant difference was observed in 3-year overall survival between the two groups.

Figure 6 No statistically significant difference was observed in 5-year overall survival between the two groups.

A subgroup analysis of the pathological types was performed for both surgical methods. The results showed no statistical difference in the pathologic type of non-small cell lung cancer (squamous cell carcinoma or adenocarcinoma) between MIS and TH [OR: 0.99 (95% CI: 0.89–1.09); P =0.81].

Surgical procedures for central lung cancer in both groups included lobectomy and pneumonectomy. The results were similar to the overall results, including blood loss, LOS, lymph node status, and complications. There were no statistically significant differences in these indicators between the two types of surgery and the overall comparison.

The surgical treatment of central lung cancer is highly complex and consistently challenging for thoracic surgeons. The development of surgical techniques and the progress of MIS has led to an increase in its application in the treatment of patients with central lung cancer. Until the early 21st century, sleeve lobectomy was considered a contraindication for minimally invasive thoracoscopic surgery.

The aim of our analysis was to identify the benefits of MIS, in order to eliminate the surgeon's bias in the selection of minimally invasive or TH surgery. The majority of our selected articles reported propensity score matching. The standard surgical methods for central lung cancer include complex lobectomy or pneumonectomy. Li et al. showed that complex lobectomy for central lung cancer is more beneficial for patients than pneumonectomy (13). In this study, MIS included minimally invasive methods of non-thoracotomy, including single-hole, double-hole, standard, and robotic thoracoscopic surgery, and did not include converted thoracotomy. In the perioperative period, the operative time and intraoperative blood loss are important indexes for assessing the feasibility of the surgical method. Similar to our findings, Zhou et al. showed that the difference in operative time between the minimally invasive and open group was statistically significant (226±37 vs. 166±40 min) (11). In this meta-analysis, the TH method showed reduced surgery duration compared with the MIS method [MD: 26.61 (95% CI: 5.13–48.1); P=0.02]. Patients in the minimally invasive group displayed less bleeding and shorter durations of postoperative hospital stay, compared to the open group, thereby improving their prognosis and reducing the cost of treatment.

No differences were observed in performance, status, or comorbidities, irrespective of whether adjuvant chemotherapy was administered. According to Lee et al. (20), the VATS group displayed superior adherence to adjuvant chemotherapy without a dose reduction. However, this difference was not observed to be significant. In two recent studies, long-term survival and the patterns of recurrence were similar in both groups (21,22). There was no significant difference between the two groups in terms of locoregional or distant recurrence. These results may explain some of the misconceptions and confusion associated with minimally invasive techniques among surgeons. The data also indirectly confirmed that minimally invasive techniques for central lung cancer, including complex lobectomy and pneumonectomy, could not create technical barriers.

Our conclusions may be limited by several factors. First, not all data originated from randomized controlled trials. Consequently, the overall level of clinical evidence was relatively low. Publication bias existed in the included studies. Surgeons without the experience or skills necessary to perform open surgery may be less willing to publish their data if they are accepted for publication. In addition, there are many subtle differences in the technical levels of surgeons with different professional titles, regardless of the country. All of these factors can cause publication bias. Finally, the asymmetry shown in the funnel plot might be attributable to various factors, including publication bias (Figure 7). 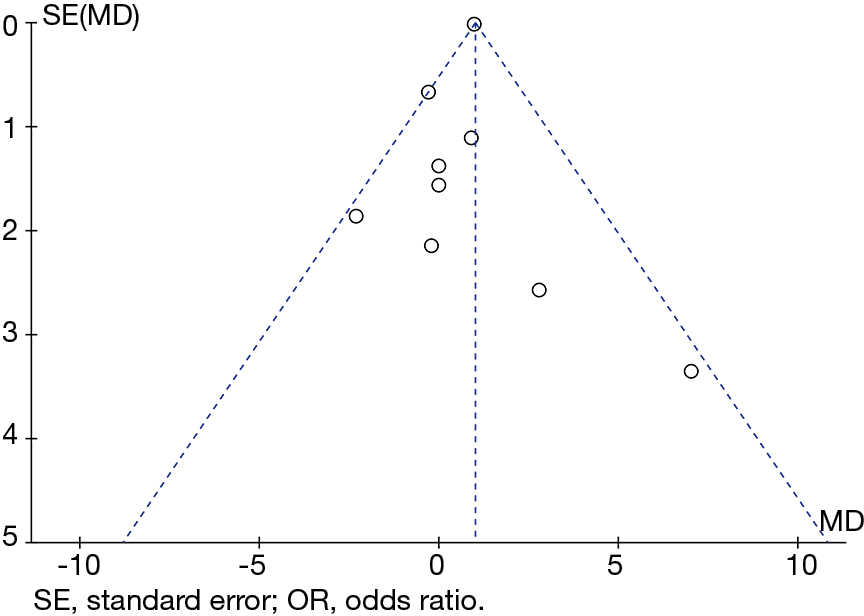 In summary, MIS for centrally located lung cancer is a safe and effective option, with oncological outcomes similar to those obtained with open procedures. Moreover, both lobectomy and pneumonectomy achieved long-term survival similar to that achieved by traditional surgery.

The authors gratefully acknowledge the contribution of Zhengjun Li and Tao Wang in data extraction and software input.

Reporting Checklist: The authors have completed the PRISMA reporting checklist. Available at http://dx.doi.org/10.21037/jtd-20-3273

Conflicts of Interest: All authors have completed the ICMJE uniform disclosure form (available at http://dx.doi.org/10.21037/jtd-20-3273). The authors have no conflicts of interest to declare.