Time to change: big show for revolution in the 8th National Forum on Minimally Invasive Surgery for Lung Cancer

From May 16 to May 17, the 8th National Forum on Minimally Invasive Surgery for Lung Cancer was held in the First Affiliated Hospital of Guangzhou Medical University, China. Over 450 distinguished experts both from home and abroad in thoracic surgery have converged on the meeting (Figure 1). 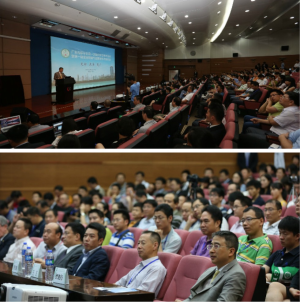 Figure 1 More than 450 professionals have attended the forum.

Big show for revolution, a gather-up of academic and clinical intelligences 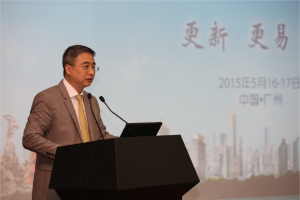 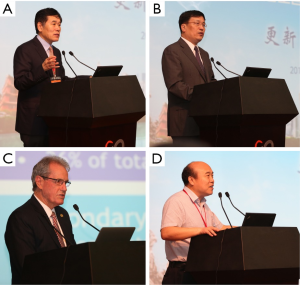 Figure 3 (A) Prof. Jie He, Dean of Cancer Hospital Chinese Academy of Medical Sciences is sharing his opinion on the progress in the field of thoracic surgery; (B) Prof. Xiuyi Zhi, Director of Lung Cancer Treatment Center of Capital Medical University, emphasizes the importance of the publication of the book Lung Cancer; (C) Prof. Leon Clark, Chief Executive Officer of Sydney Adventist Hospital is giving a brief introduction of the Sydney Adventist Hospital to the audience; (D) Prof. Guoying Li, Secretary-General of Guangdong Medical Association describes the forum as an open-minded panel to promote the advance of thoracic surgery. 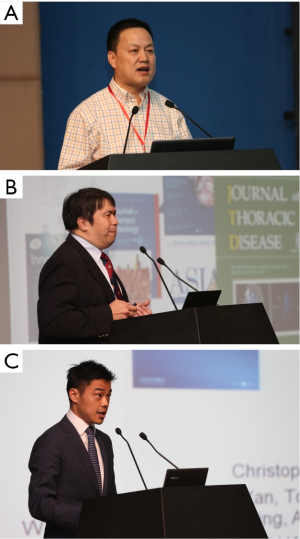 The glasses-free 3D video navigation system made its world debut in the opening plenary of the forum (Figure 5). This breakthrough marks a giant stride forward for the display system after 2D and aided 3D systems were developed in the field of video-assisted thoracoscope. 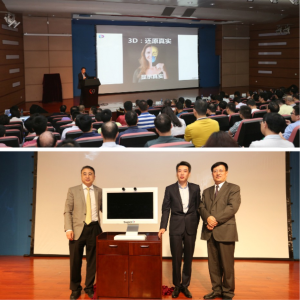 Before the debut, the team of the First Affiliated Hospital of Guangzhou Medical University had already successfully performed the world’s first case of radical lung cancer resection using glasses-free 3D thoracoscope on May 5, 2015. As the principal operator of this unprecedented surgery, Prof. Jianxing He pointed out the significance of this technology in the previous interview conducted by AME Publishing Company, “It makes the surgery easier. Easier operation means higher precision.”

In addition, surgeons from different disciplinary who attended this forum could experience the glasses-free 3D video navigation system by themselves during the meeting (Figure 6). 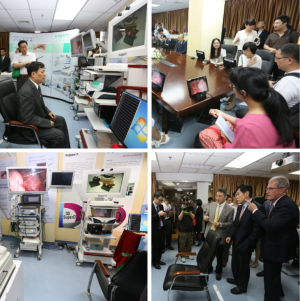 Figure 6 Close encounters with the glasses-free 3D video navigation system in the experience room of the conference hall.

The textbook on lung cancer: time for personalized medicine

Lung Cancer, a textbook comprised of contributions written by the most accomplished scientists and clinicians internationally, have been officially published in the opening plenary of the forum (Figures 7-9). 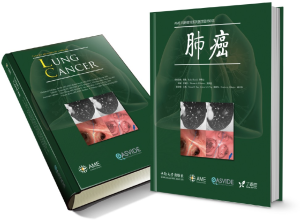 Figure 7 The book Lung Cancer is both in print with English and Chinese version. 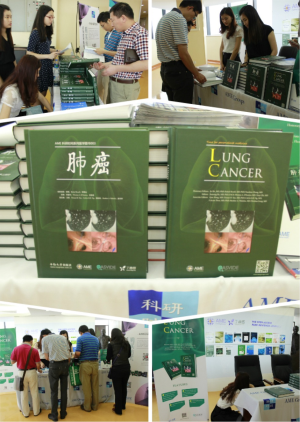 Figure 8 Attendees gathered to visit the booth of AME Publishing Company and show great interest in the book Lung Cancer during tea break. 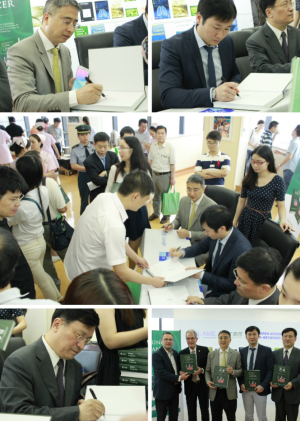 Lung Cancer thoroughly examines the spectrum of topics related to better understanding and better treating the world’s most lethal malignancy. From the basic science of lung cancer to the most advanced therapeutic techniques, this book provides the readers with a most comprehensive analysis.

“It is a milestone in the history of textbook on lung cancer since we have entered the new era of personalized medicine.” quoted by Prof. Jianxing He, the editor of the book.

At the Tubeless VATS panel, experts have shared their experience in performing Tubeless VATS (Figure 10). This advanced technique of thoracic surgery is less invasive and well applied to the Ambulatory Thoracic Surgery where patients can be discharged within 24 hours after the surgery. 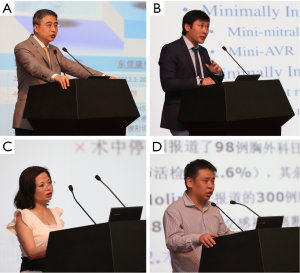 To give the attendees a better experience of Tubeless VATS and Ambulatory Thoracic Surgery, the host has transmitted real-time digital broadcast of four surgical operations via network (Figure 11). Audience could interact with the operator and anesthetist through real-time intercom. 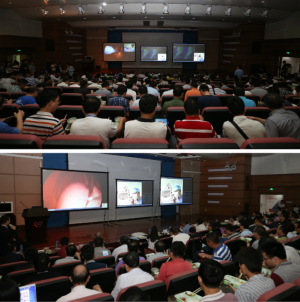 There is no boundary for medical innovation and technical exploration. Although this exciting forum has come to an end, the imagination of physicians won’t stop here. Looking forward to the future revolution in the field of Minimally Invasive Surgery for Lung Cancer!