Single-port thoracoscopic surgery is becoming increasingly popular in the field of general thoracic surgery (1). However, single-port thoracoscopic sleeve lobectomy still remains a giant challenge for the thoracic surgeon (2). The right secondary carinal reconstruction, a more complicated bronchoplasty procedure, has seldomly been reported even in open thoracic surgery. Here we present the case of a right main bronchus tumor closed to the orifice of right upper bronchus. This patient underwent partial right main bronchus and secondary carina resection with pulmonary preservation and a secondary carinal reconstruction in a complete single-port thoracoscopic procedure. This case report was approved by ethics committee of Union Hospital of Fujian Medical University.

A 66-year-old man was admitted to our hospital with a complaint of blood-stained sputum which was caused by a right main bronchus tumor for longer than 12 months. Before transferred to our department, he had received endobronchial cryosurgery twice. However, every two months after the endobronchial cryosurgery, he felt the same symptoms relapsed again quickly. This time he turned to us for surgical resection. 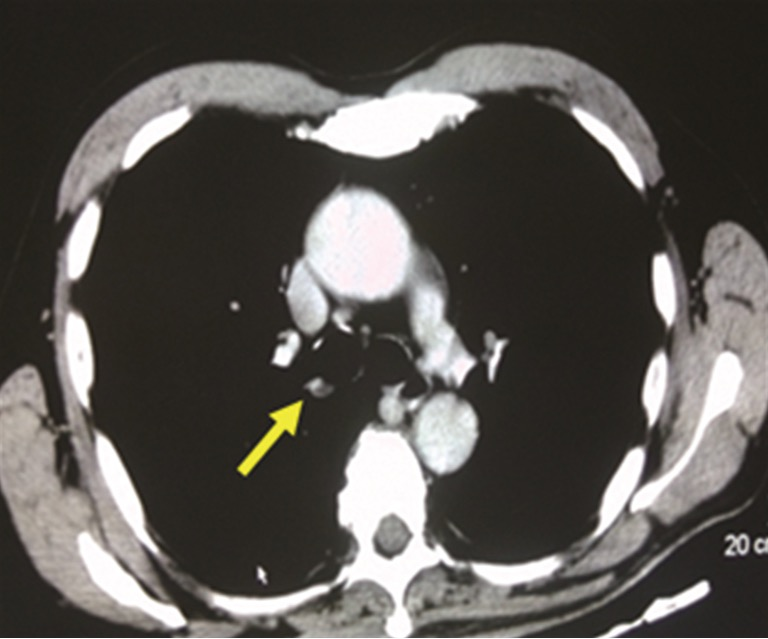 Figure 1 The arrow shows an endobronchial tumor of the right main bronchus from computed tomographic scan. 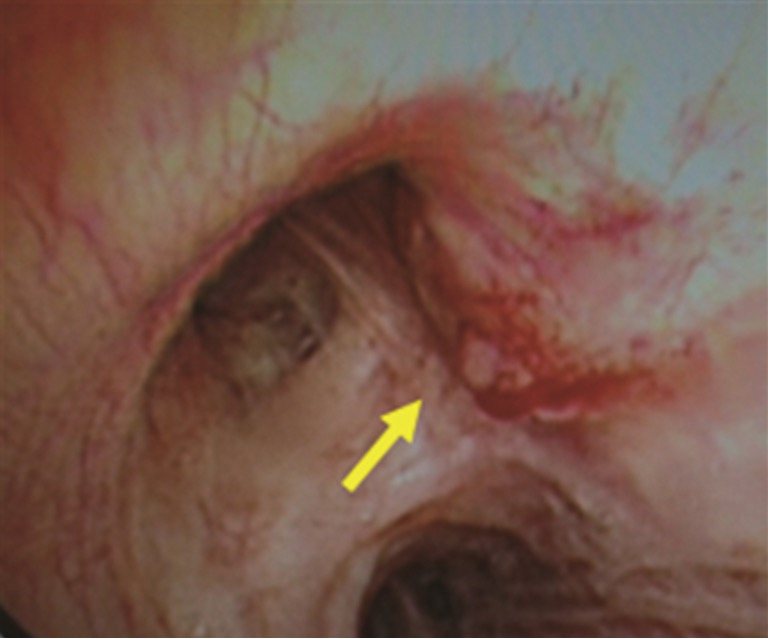 Figure 2 The arrow shows an endobronchial tumor of the right main bronchus from bronchoscopy.

The patient was placed in the lateral decubitus position, and a pad was put under the contralateral chest wall to maximise the intercostal spaces (ICS), which could protect the intercostal neurovascular bundles. General anaesthesia was induced, and then a double lumen endotracheal tube was inserted, which allowed independent ventilation of either lung. This permits the lung on the operative side to be deflated whist ventilation is maintained to the contralateral lung.

A 40-mm incision was made in the fifth ICS of the right mid-axillary line. No rib spreading was done. An incision protector was used. A 30 degree 10 mm high definition thoracoscope was used. The camera-holding assistant stood opposite to the operator, maintaining the thoracoscope over the incision. Such a position decreases the body interference between the camera-holding assistant and the operator, and leaved the majority of the incision space to the operator (Figure 3). 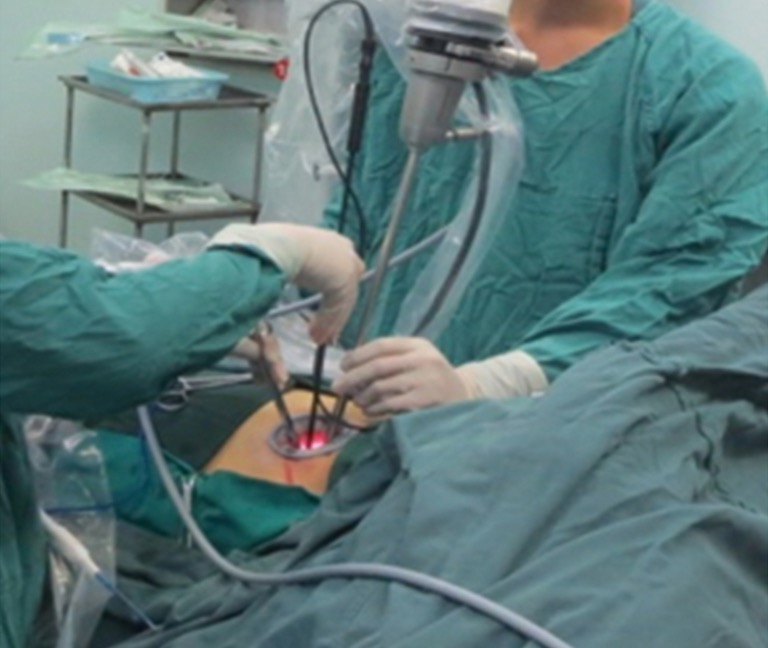 Figure 3 A 40 mm incision was put in the fifth intercostal space of the right mid-axillary line. And the camera-holding assistant stood opposite to the operator.

Step 1: opened the posterior oblique pleura fissure, separated a tunnel above the right artery trunk, and then divided such fissure with a linear cutting stapler. The azygos vein was done with this similar method as well. This help to reveal the surgical field. Isolated the right main bronchus, right upper bronchus and right intermediate bronchus, and excluded their surrounding lymph nodes, respectively. Then set a string under the right upper bronchus and right intermediate bronchus, respectively. It was helpful to release the tension on the subsequent anastomosis.

Step 2: cut the right upper bronchus with scissors, and completely removed the right upper bronchus. At this time, the right main bronchial neoplasm could be seen clearly. Cut with scalpel at the original of the right intermediate bronchus, then the secondary carina and the right main bronchus which containing the mass were totally removed with scissor step by step. Sent the edge to intraoperative rapid frozen pathology, the result suggested that it was free of tumor.

The patient recovered smoothly, without any perioperative complications. On the 2nd postoperative day (POD), the chest tube was removed, and on the 5th POD, the patient was discharged in good condition. The final pathology report showed mucous adenoma again. The thoracic CT after the operation showed the left anastomotic stoma to be unobstructed, and no pulmonary atelectasis was observed.

Endobronchial cryosurgery is an easy and effective minimally invasive choice for controlling and releasing the airway obstructive symptoms resulting from the trachea or bronchial tumors (5). However, in our case the tumor had been invaded out of the membranous of the right main bronchus. The needles couldn’t put too deep to avoid from perforation during the patient’s twice cryosurgeries, therefore both times resulted in failure. This begin tumor was located at the right main bronchus and closed to the orifice of upper bronchus, an upper sleeve lobectomy is much easy to resect the tumor obviously, but a lobectomy might significantly loose the lung function and decrease quality of life. For these reasons, we finally treated the patient by performing a right main bronchial tumor sleeve resection and secondary carinal reconstruction.

It was a great challenge to conduct the anastomosis of the right main bronchus itself and the right main bronchus together with the upper bronchus in a single-port complete thoracoscopic procedure. Thanks to our great experience acquired from more than 200 cases of single-port thoracoscopic surgeries including lobectomy, segmentectomy, sleeve lung resection and so on, it made this operation much easy and successful (6).

In summary, the patient not only frees from the bronchial disease but also preserves all lung function then increases the quality of life from this single-port thoracoscopic right main bronchial tumor sleeve resection and secondary carinal reconstruction.