The annual Panhellenic Congress of Thoracic Disease has been established as the biggest scientific event held in Greece for pneumonologists, thoracic surgeons and paediatric pneumonologists. Since its establishment in 1984, it has provided a unique forum for presentation of scientific research, an opportunity to review the latest knowledge on the whole spectrum of lung diseases, and a venue for informal sharing of information and research experience with Greek and foreign expert colleagues.

The 21st Panhellenic Congress of Thoracic Disease, took place in November 2012 in Thessaloniki, Greece and continued this tradition of excellence (Figures 1,2,3,4). Thessaloniki which was built in 315 BC and named after the sister of Alexander the Great, is the second largest city in Greece, rich in Ancient Greek and Byzantine monuments. 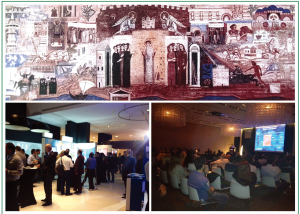 Figure 4. A. The chairman with the Chinese participants; B. Visit of the Chinese mission to the Pulmonary Department, “George Papanikolaou” General Hospital, Aristotle University of Thessaloniki, Thessaloniki, Greece.

To improve the understanding and management of thoracic diseases the Congress faculty offered two postgraduated courses endorsed by the European Respiratory Society (I. Diagnostic Techniques in Respiratory Medicine, II. Non-small Cell Lung Cancer treatment), a number of State of the Art lectures and interactive educational sessions.

The Congress was accredited by European Board for Accreditation in Pulmonology and European Accreditation Council for Continuing Medical Education Institution of the U.E.M.S. for 18 C.M.E credits.

Dr K. Kosmatopoulos presented the new vaccine Vx-001, which will be tested in phase II in several European countries including Greece.

Vx-001 is a peptide based vaccine which is specific for HLA-A2 (c. 45% of patients) and targets the universal tumor antigen TERT (Telomerase Reverse Transcriptase) expressed by more than 85% tumors. Vx-001 is composed of two nonapeptides: the cryptic TRT572 and its optimized variant TERT572y. Tumors overexpressing TERT are: Non-Small Cell Lung Cancer, hepatocellular carcinoma, and breast cancer which could be treated with Vx-001.

Professor Alyn Morice presented a novel way to approach the difficult problem of chronic cough. As he said, there have been many unsatisfactory attempts to categorise the diseases causing chronic cough. Eventually the concept arose that chronic cough was in fact the disease and the various subdivisions are different phenotypes of the same condition. In chronic cough the precipitant of the syndrome is controversial with hypotheses ranging from pollution or infection to reflux. The unifying feature which declares chronic cough as a single syndrome is the presence of hypersensitivity. This hypersensitivity is to chemical stimuli such as ethanol and capsaicin (as described by Eva Millqvist). The syndrome has been christened the Cough Hypersensitivity Syndrome and encompasses the vast majority of patients presenting with chronic cough. A questionnaire, the Hull Airway Reflux Questionnaire has been developed which clearly differentiates these patients from normal subjects with high sensitivity and specificity using the clinical history alone. Cough is mediated, a least in part, by thermosensitive nociceptors of the transient receptor potential (TRP) family. Up regulation of these receptors is the common cause of the Cough Hypersensitivity Syndrome. The Questionnaire is available on the Internet in various languages, along with instructions on its use.

Cell-based therapies with adult stem cells have emerged as potential novel approaches for several devastating and otherwise incurable lung diseases, including emphysema, pulmonary fibrosis, cystic fibrosis, pulmonary hypertension, lung cancer and ARDS. It is of interest to note that pulmonary medicine lags behind other medical fields, particularly hematology and cardiovascular medicine, in which stem cell treatment has been used for several years.

In this context, we are performing a prospective, non-randomized trial of endobronchial autologous adipose tissue derived mesenchymal stem cells (ADMSCs) in patients with idiopathic pulmonary medicine, who meet the criteria with mild to moderate lung disease as assessed by Forced vital capacity (FVC) >50% and diffusion capacity of the lung for carbon monoxide (DLCO) >35%. The primary end point is incidence of treatment-emergent adverse events within 6 months after first infusion. FVC, DLCO and 6-minute walking distance (6MWD), are exploratory efficacy end points. No cases of clinically significant allergic reactions, disease acute exacerbation or infection were recorded in a preliminary report presented last year in the annual meeting of the ERS. This ongoing clinical trial provides pivotal safety and provisional efficacy data for endobronchial autologous infusion of ADMSCs in patients with IPF. Larger randomized studies are sorely needed.

It is hoped new research projects will enrich our understanding of mechanisms of repair of lung injury and provide a thorough scientific basis for therapeutic use of adult tissue-derived stem/progenitor cell therapies in acute and chronic lung diseases.

In parallel, further understanding of the biology of the endogenous lung progenitor cells and the advances in the field of induced pluripotent stem cells (iPS) will provide insight into mechanisms of lung development and repair after injury.

Exophytic tumor growth inside the trachea or stem bronchi is the indication for cutting techniques. In former times mechanical debulking with the edge of a rigid bronchoscope (coring out) was the only option and bleeding had to be controlled by tamponade with a rigid scope. The formerly described coagulation devices changed the situation. Laser or APC enable coagulation and precise cutting of tumor tissue.

For palliation of bronchogenic cancers silicone stents or polymer-covered metal stents should be used because they can be repositioned or removed anytime. Airway stenting is justified in advanced stages as a last measure but it can also be used as a prime therapy or a temporary measure e.g., before radiation therapy or chemo-therapy.

Pleural tuberculosis is included in extrapulmonary manifestations of TB which are approximately 20%, and pleural involvement constitutes a quarter of these clinical manifestations.

The gold standard for the diagnosis is the identification of the mycobacterium tuberculosis in biological specimens (sputum, pleural fluid, bronchoaspiration, bronchoalveolar lavage) or the histology with pleural biopsies obtained via percutaneous needle biopsy (Abrams or Cope needle) or by thoracoscopy.

Yield of pleural cultures in literature varies from 7% to 69%.

The only way not to miss the diagnosis is to perform biopsies; although needle biopsies can be useful, medical thoracoscopy is the investigation of choice, since it has limited invasiveness and few side effects, and leads to the identification of other diseases with a very high diagnostic yield.

Pleural effusions are a common problem in everyday clinical practice with more than 50 known causes (pleural, lung, systemic diseases and drug adverse events). Τhoracoscopy has been implemented in the diagnosis and treatment of a variety of pleural disorders. Actually, this method is the gold standard in the diagnosis and treatment of pleural diseases. In the recent years, new tools have been developed such as flex-rigid thoracoscope, narrow band imaging (NBI) and autofluorescence thoracoscopy.

Malignant pleural effusion is one of the most common problems faced by pulmonologists in clinical practice. Approximately one-third of the malignant pleural effusions are related to lung cancer, and metastatic carcinoma of the breast is the second most frequent cause. While mesothelioma incidence began to decline a few years ago in some countries that banned asbestos use early, it is still rising in many countries, and is not expected to decline before year 2020.

Management of pleural effusions essentially refers to application of sclerosants into the pleural cavity to achieve a symphysis between the visceral and parietal layers (pleurodesis), but there are a few other promising options for local intrapleural therapy, such as intrapleural chemotherapy, intrathoracic hyper thermotherapy or gene therapy. Interleukin-8, which reaches very high levels in pleural fluid after talc application, activates coagulation and correlates with survival after talc pleurodesis. The relevance of this finding in clinical practice is still unclear, but some early deaths following pleurodesis may be in part related to undetected thrombosis and/or pulmonary embolism, and not only to advanced neoplastic disease, as it is commonly believed. Tunneled pleural catheters (TPC) are now considered a valid alternative for pleurodesis by some groups, but they are mostly recommended after pleurodesis failure or when this procedure is unsuitable. The combined use of thoracoscopic talc poudrage and simultaneous placement of TPC for rapid pleurodesis has been recently reported; with a 92% success rate and 1.79 days median hospitalization stay following the procedure.

Despite available medication tuberculosis (TB) remains one of the most devastating and widespread infections and a major public health issue world-wide. Several issues regarding TB’s diagnosis and treatment were addressed in the 21st Panhellenic congress on Thoracic Diseases. In Greece TB notification rate is decreasing; however underreporting of the disease is a major issue. The most significant problem globally, regarding the epidemiology of the disease is the increasing frequency of TB due to resistant and multi-drug resistant (MDR) mycobacteria. In these cases patients are treated with a combination of second-line drugs that are less effective and more toxic than first-line drugs. The fluoroquinolones are the first novel drugs since the rifamycins to have significant activity against M. tuberculosis. They are currently being used in the treatment of resistant and MDR-TB and patients receiving the conventional regimen who present severe adverse reactions. On the contrary their use as first-line drugs is not recommended.