GGO is a good prognostic indicator for lung cancer and is useful for physicians to predict prognosis (1-4). Due to recent advances in computed tomography (CT) and refinement of CT, the chances to encounter GGO are rapidly increasing in clinical practice. Studies on radiological pathological correlation have shown that GGO represents pathological lepidic growth and consolidation on CT represents pathological invasive components. Central scar in adenocarcinoma of the lung has been considered to be the origin of the lung cancer (5), but this “scar cancer” concept was corrected by Shimosato et al. (6). Shimosato et al. insisted that the scar was not the origin but rather representative of pathological invasiveness. Based on that concept Noguchi et al. classified adenocarcinoma of the lung into six grades according to prognosis (7). The presence of active fibroblast in the scar indicated invasiveness and the size of scar itself was also prognostic (8). Thus, a small scar represents small consolidation on thin-section CT, and consolidation tumor ratio 0.5 or less indicates pathological less invasiveness for lung cancer (1,9). Some GGOs have scattered consolidation that is difficult to measure in size (10-12), and GGO dominant tumors show excellent prognosis. Pulmonary lobectomy remains the mainstay treatment for early staged resectable lung cancer based on the findings of randomized trials conducted by the Lung Cancer Study Group in 1995 (13). However, quite a few studies have shown that sublobar resection is equivalent to lobectomy for radiological early lung cancers (14-16). Indication of sublobar resection remains unclear as it results in lethal locoregional recurrence especially after wedge resection and that is related to an insufficient surgical margin (17,18). We have conducted a phase III trial of sublobar resection for radiologically non-invasive lung cancers, JCOG0804, and will present the results in the near future. As such, GGO dominant tumors could be cured by local treatment alone such as sublobar resection when an adequate surgical margin was present.

One of the most important missions for physicians who encounter a newly detected GGO lesion on thin-section CT is to perform an observation. The observation discriminates transient GGO from persistent GGO. Transient GGO is one that disappears during follow up (19,20). The optimal follow-up time is two or three months. Approximately 40–50% of GGOs have been reported to disappear. If a GGO remains during the follow-up, the lesion is called a persistent GGO. Management of the persistent GGO should be observation or surgical intervention. Radiation exposure with CT during follow up could be one of the disadvantages of observation (21), and this problem would be emphasized in young patients.

Typical classification of GGOs based on the findings of thin-section CT is as follows: Pure GGO, part-solid GGO, and solid (22). The classification, however, is confusing, as a GGO with consolidation tumor ratio 0.25 is dealt as pure GGO rather than part-solid GGO (2,4,15,23-28) by some. There might be a GGO with a scattered solid part and the solid part of the tumor cannot be evaluated using conventional methods (10,11). The author has attempted to classify those GGOs into six categories (Table 1): pure GGO, pure GGO with a denser appearance, GGO predominant part-solid, GGO with scattered consolidation, solid predominant part-solid tumor, and solid. This is the tentative classification of GGO used in clinical practice at our institute (10-12,29).

GGOs of the lung intact in size are mostly lung adenocarcinomas or atypical adenomatous hyperplasia (30). As mentioned above, we have completed a non-randomized confirmatory phase III study of sublobar surgical resection for peripheral GGO dominant lung cancers defined with thoracic thin-section CT (JCOG0804/WJOG4507L). This study was conducted to analyze relapse free survival (RFS) in patients who underwent sublobar resection for peripherally located radiological early lung cancer. Mode of surgery was basically wedge resection and segmentectomy was allowed when surgical margin was insufficient (<5 mm) or histological invasiveness was present. Radiological GGO dominant lung cancer was defined as lung cancer 2.0 cm or less in maximum tumor dimension and having consolidation tumor ratio 0.25 or less in diameter. All of these lesions were “persistent GGO” and median consolidation tumor ratio was 0 indicating that most tumors were pure GGOs. Histological diagnosis was adenocarcinomas in 90%, and precancerous lesion in 5% (30). As for clinical behavior of such GGO lesions, some stay or increase in size, and others increase in density on thin-section CT. Such a natural history of subsolid nodule (SSN) should be considered when selecting treatment for the lesions. Based on the study in which 1,238 SSNs were followed for a median of 4.3 years, approximately 20% and 50% of pure GGOs and part-solid tumors, respectively, increase in size in five years (23). Predictors of increasing in size were male, age (60 years or elder), maximum tumor dimension 10 mm or more, smoking and history of lung cancer for pure GGOs. Several papers have dealt with stepwise progression from the GGO stage towards invasive adenocarcinoma (31,32). Size of some GGOs remains unchanged for several years and then starts to increase (33). These reports support the fact that follow-up of GGOs should continue indefinitely.

Multiple lung nodules were recently divided into four categories (41). These are second primary lung cancer, separate tumor nodules, multifocal GGOs, and the diffuse pneumonic type (Figure 1). Each TNM staging is needed for double primary lung cancers. TNM staging is needed for the primary tumor for separate lung nodules and multifocal GGOs. Double primary lung cancers should be treated based on the stage of more advanced tumors. Separate lung nodules should be divided into two categories based on nodal status and CT appearance of satellite nodules, intrapulmonary metastasis or multiple primary lung cancers. Multifocal primary lung cancers belonging to separate lung nodules or multifocal GGOs have a dominant lung cancer and separate nodules that have GGO appearance on thin-section CT (Figure 2). Such invasive lung cancers with multifocal GGOs show less invasive pathological findings compared with solitary invasive lung cancers (42). The treatment strategy for those tumors should be considered based on the stage of the dominant lesion. The indication of surgical intervention for GGO is as follows: Pure GGO 15 mm or more in maximum tumor dimension on lung view of thin-section CT, denser GGO, ground glass predominant part-solid with CTR more than 0.25, GGO with scattered solid, and solid predominant part-solid (10-12,29,43). If an additional tumor is located on the ipsilateral side, simultaneous resection of the remaining GGO would be considered. For the remaining tumors located on the contralateral side, staged operation would be indicated. Some GGO lesions could be candidates for observation only, and the risk of radiation exposure should be taken into consideration during follow up especially for patients under 50 years old (21). 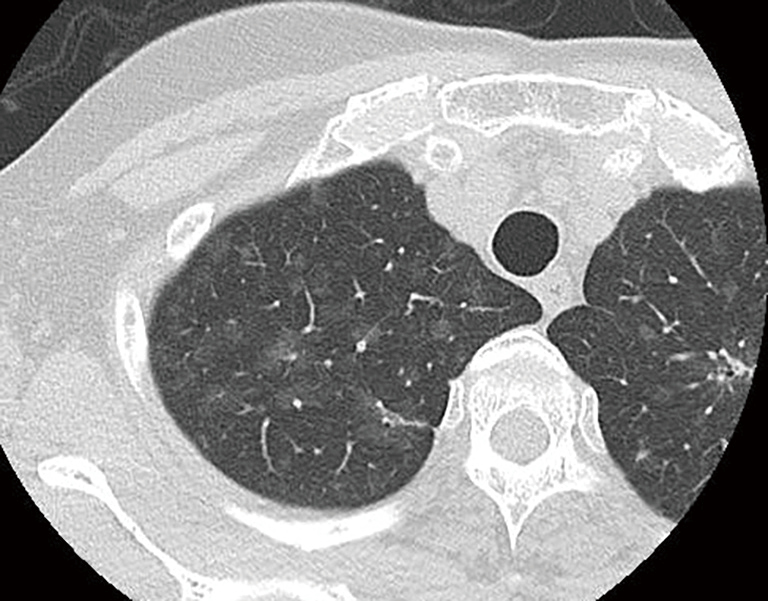 Figure 1 Multifocal GGO which were diagnosed to be combination of adenocarcinomas pathologically. GGO, ground glass opacity.

The goal of the follow up of unresected GGO lesions is to avoid step-wise progression to invasive lung cancer which may result in metastasis (31,32). According to the follow-up data, approximately 30% of patients have multiple lung lesions (23). During the following up of GGOs, some retain their status, and others change in size or density on thin-section CT (23,44-48). As mentioned above, the pathological invasive part correlates with the solid part on thin-section CT, and enlarged solid part should be more serious than enlarged maximum tumor dimension of the tumor (1,8). Surgical intervention should be considered for GGNs where the solid part increased in size or density became higher (Figure 3). Peripherally located GGOs are easy to excise and the indication for surgical intervention is easier to decide. Which sublobar resection is appropriate should be decided based on the surgical margin during surgery in order to prevent lethal cut-end recurrence (17,18). An enlarged pure GGO during follow up is not so invasive pathologically compared with an enlarged solid part. That means more waiting until surgical intervention can be allowed. For elder patients in particular, there is no need to adopt surgery indefinitely. Deciding upon surgical intervention for centrally located GGO is challenging. Surgery for centrally located tumors would be pulmonary lobectomy in most cases except for bilateral superior segments of the lower lobe. Based on our above strategy we have treated 131 patients with multiple lung cancers of clinical N0 status, and 53 patients had multifocal GGO lesions (43). Median for multifocal GGOs ranging from 2 to 41 in number was 3. Five-year survival for patients with multiple GGOs does not differ between the modes of surgery, namely, sublobar resection and lobectomy. Further investigation is warranted, however our tentative strategy is considered to be feasible.