Rhabdomyoma of the pleura: a case report

To the best of our knowledge, rhabdomyoma is rarely found in the respiratory system and the visceral pleura. Only one case of pulmonary rhabdomyoma has been reported in the English literature (2). It is difficult to make a correct pre-operative diagnosis. Herein, we report the first case of rhabdomyoma originating from visceral pleura.

A 66-year-old male presented to our thoracic surgery clinic complaining of chest pain for more than 6 months. He had a history of femoral head necrosis under conservative treatment for more than 10 years. Chest computed tomography (CT) scan revealed a 5-cm solid visceral pleura mass in the basal segment of the right lower lobe (Figure 1). No symptom or radiographic evidence hint the tuberous sclerosis, a localized malignant mesothelioma could not be excluded. 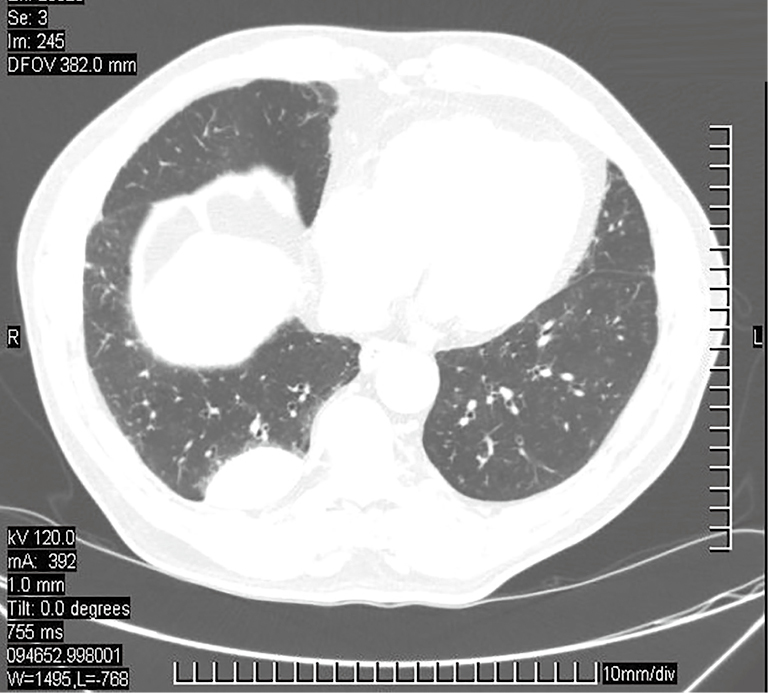 Figure 1 Tumor in the lower lobe of the right pleura.

Video-assisted thoracoscopic surgery was performed. The tumor was found in the visceral pleura in the basal segment of the right lower lobe with mild adhesion to the parietal pleura. It appeared as a solid mass about 5 cm × 5 cm × 3 cm with a well-defined boundary. Macroscopically, it showed a brown color with a jelly-like cut-surface.

Microscopically, the tumor was well-defined and did not invade the surrounding lung parenchyma (Figure 2A). Tumor cells were haphazardly arranged and presented various morphology including elongated, round, oval and polygonal with bright eosinophilic cytoplasm. An eccentric nucleus was observed in some cells (Figure 2B). Cross-striations, the specific symbol of skeletal muscle differentiation, were observed in some tumor cells (Figure 2C). Atypia was not apparent. Irregular mitosis or necrosis were not observed. The mesenchyme appeared to be extensive mucous. Masson’s trichrome staining highlighted the cross-striation in some tumor cells (Figure 2D). Immunohistochemistry for MyoD1 and Desmin, the markers of skeletal muscle differentiation, were positive (Figure 2E,F). All the above supported the diagnosis of a fetal rhabdomyoma. The chest pain had alleviated gradually after operation. The patient was uneventful till now, 30 months after operation. 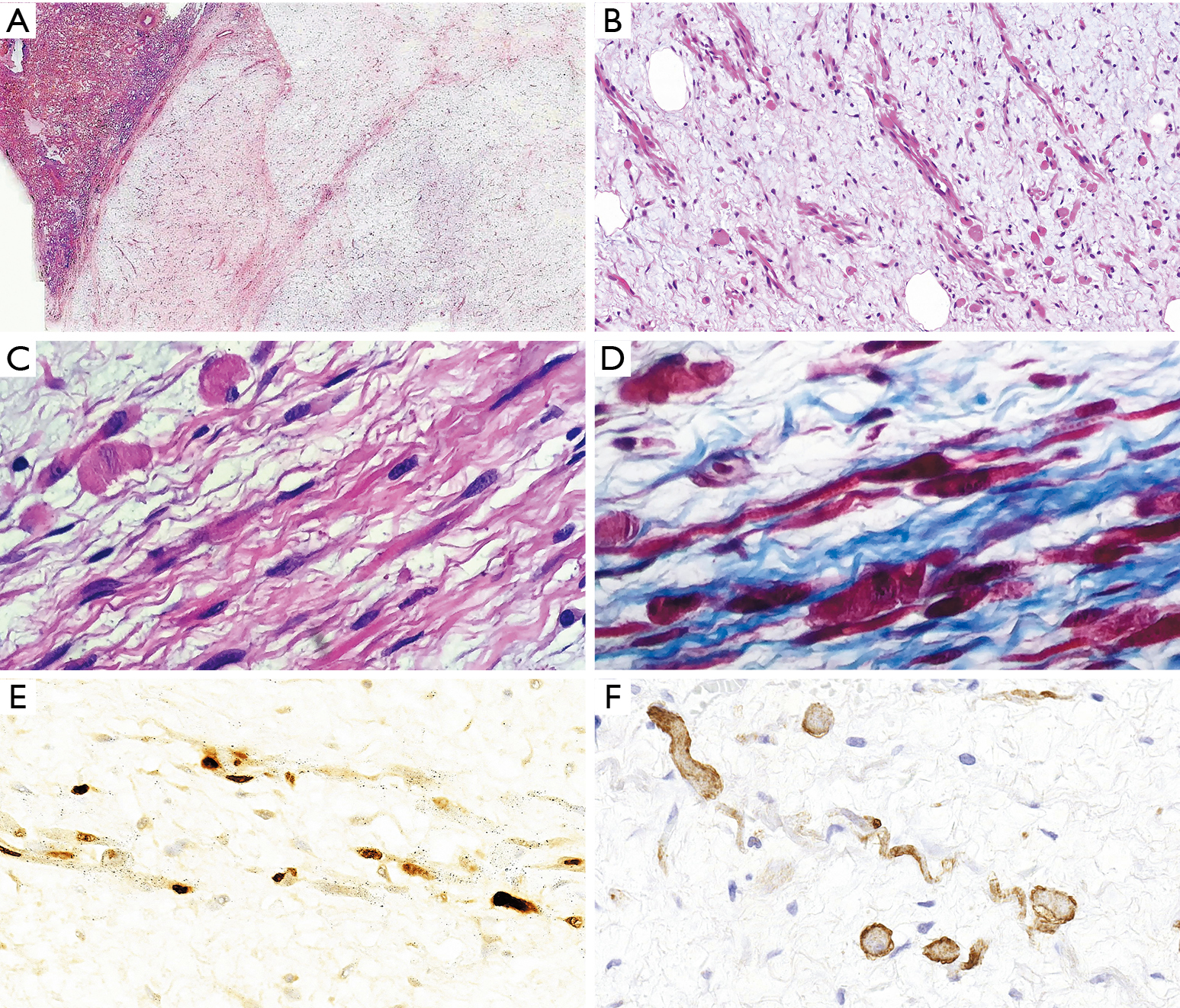 Rhabdomyoma, named by Zenker (3) in 1864, is an exceedingly rare benign tumor that exhibits mature skeletal muscle differentiation. Among different rhabdomyoma subtypes, fetal rhabdomyoma is less common than the adult type. The average onset age of fetal rhabdomyoma is 4 years and it occurs more commonly in males than females (ratio 2.4:1) (4). The lesion usually presents as a smooth, movable, solitary (but occasionally multifocal), round or polypoid nodule in the head and neck region, or as a circumscribed intramuscular mass in the tonsil, epididymis, brain, tongue, sublingual region, lips, cheek, orbit, or submandibular region that is neither tender nor painful (5-8). In the presented case, both the onset age (66 years) and the location (the visceral pleura) are uncommon.

One of the main histological differential diagnoses of the fetal rhabdomyoma is the granular cell tumor, which consists mainly of smaller cells without cross-striations and shows diffuse S-100 expression and negative Desmin. The present case is positive for Desmin and negative for S-100, which excludes the diagnosis of granular cell tumor. Another differential diagnosis is embryonal rhabdomyosarcoma, which is characterized by cellular atypia, irregular mitosis and necrosis. None of these features was present in our case.

Rhabdomyoma can undergo recurrence, while malignancy transformation has not been described in the literature. A previous study showed that the local recurrence rate was 42% due to incomplete tumor resection, which occurred ranging between 2 and 11 years after diagnosis. The preferable treatment is complete resection with a clear surgical margin (9).

In conclusion, we report a rare case of pleural fetal rhabdomyoma. The accurate diagnosis was a challenge both for clinicians and for pathologists. The rhabdomyoma should not be excluded when a well-defined nodule is found in the visceral pleura.