The case was a 51-year-old male patient who accidentally fell 13 hours before admission. Emergency chest CT showed an anterior mediastinal hematoma, pericardial and bilateral pleural effusions (Figure 1). On cardiac color Doppler ultrasound, no obvious traumatic abnormalities were found in the large blood vessels or cardiac structure. Body examination: left edge tenderness of the upper sternal segment was evident. Sounds on percussion were turbid. There were no obvious bone scraping sounds on the chest wall. Heart rate was 113 beats/min and blood pressure was 85/66 mmHg (1 mmHg =0.133 kPa). Considering the patient’s condition, the decision was made to perform emergency surgery. 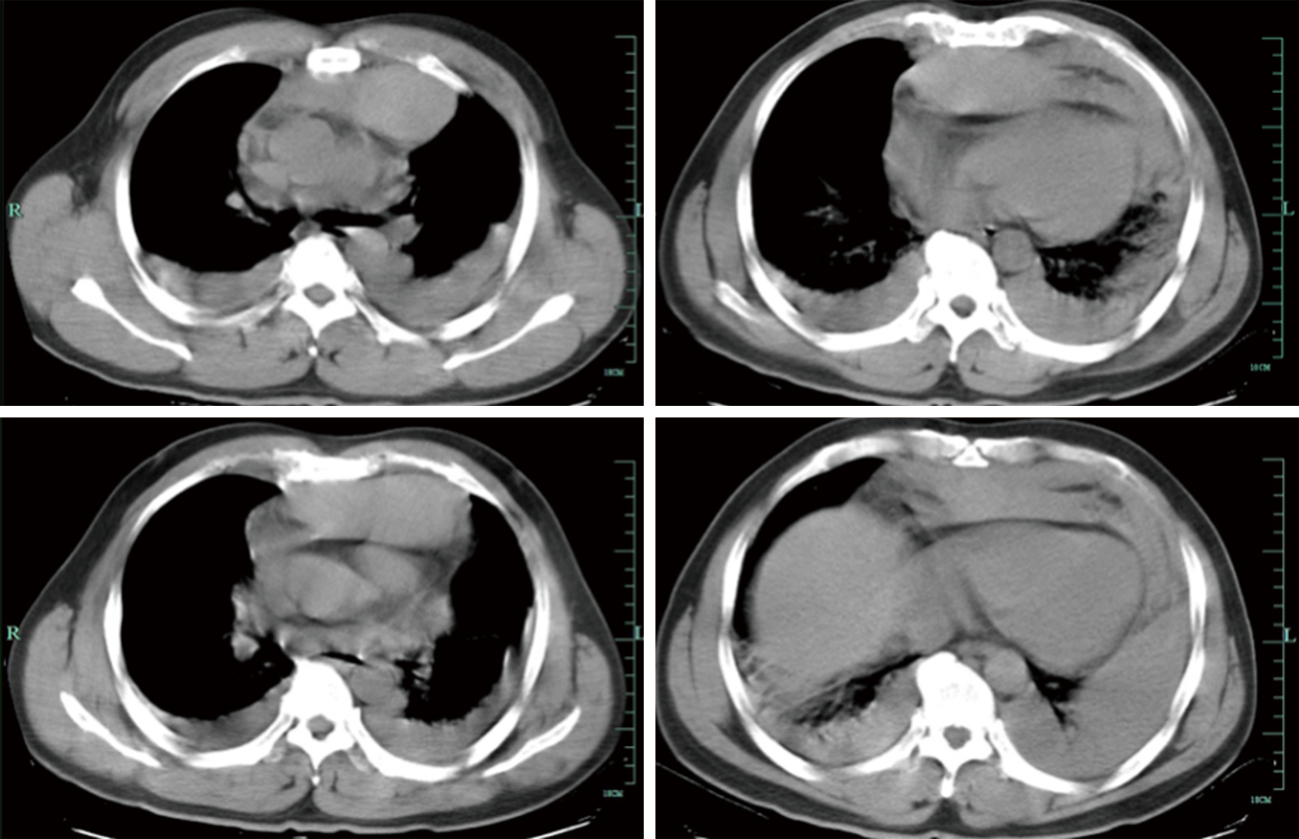 After general anesthesia, the right trunk was elevated, so that the patient tilted to the left 30°–45°. A 1.5 cm incision was made in the fifth intercostal space at the right midaxillary line to insert an endoscopic lens. About 0.5 and 1.5 cm incisions were made in the third intercostal space of the right anterior axillary line and the fifth intercostal space at the midclavicular line for access to the surgical site. The findings were as follows: right thoracic hemorrhage, massive anterior mediastinal hematomas (extending from the superior vena cava to the diaphragm), and a large amount of blood clots within the mediastinal pleura. The hematomas were completely removed along with the thymus and anterior mediastinal fat. Active hemorrhage of posterior sternal arterioles was seen. A titanium clip, prolene thread sutures, electrocoagulation and an ultrasound knife were used to stop the bleeding completely, and the left pleura was opened across the mediastinum to remove left pleural hemorrhage (Figures 2,3). At the end of the operation, the closed thoracic drainage tube was retained on the right side and the thoracic drainage tube on the left side was kept in place after the body position was reversed. 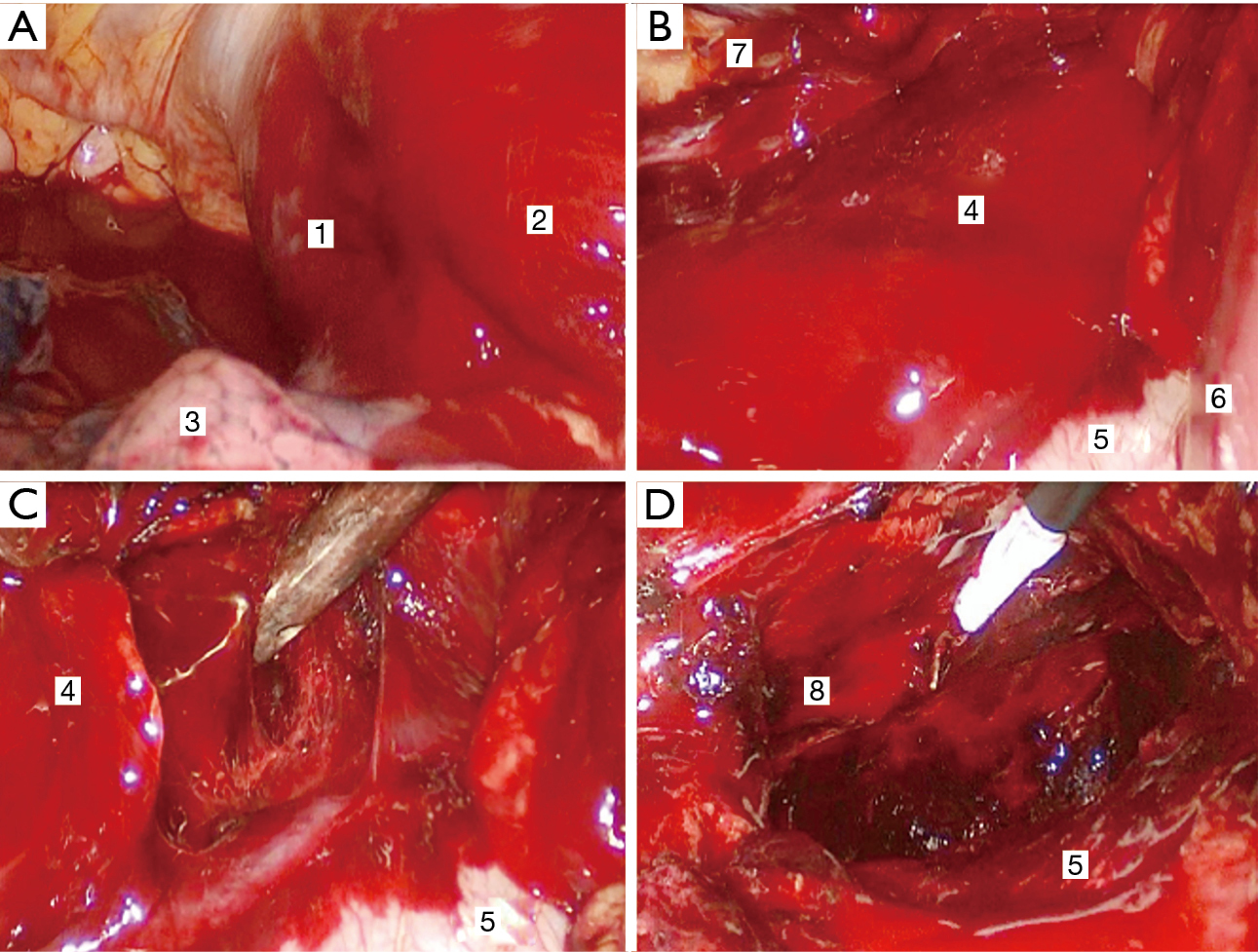 Why was the right chest approach chosen for this thoracoscopic surgery? (I) Preoperative examination basically excluded injury of large cardiac vessels and severe rib fracture, and intraoperative bleeding was expected to be controlled. (II) Patients with massive anterior mediastinal hematomas often undergo median sternal thoracotomy, which may lead to hematoma rupture during sternotomy. (III) Thoracoscopy enters the chest from the minor injury side of the chest wall to avoid the area of trauma and minimize the aggravation of bleeding. (IV) The median sternal incision should be sterilized thoroughly before the operation. If there is uncontrollable bleeding in the anterior mediastinum or left chest during the operation, the patient can be quickly converted to the supine position or the right tilting position. Thoracoscopy has many advantages, however, because of its moderate inconvenience in emergency situations with massive bleeding or requiring fine suturing, it is not often used in the treatment of acute traumatic mediastinal hematomas (4,5).

The thoracoscopic approach should be considered as an alternative surgical option, provided sufficient preoperative evaluation is done and cardiac macrovascular injury is excluded, and emergency thoracotomy is prepared for as a backup option.

Thanks Kaya Petersen for his assistance in language retouching.