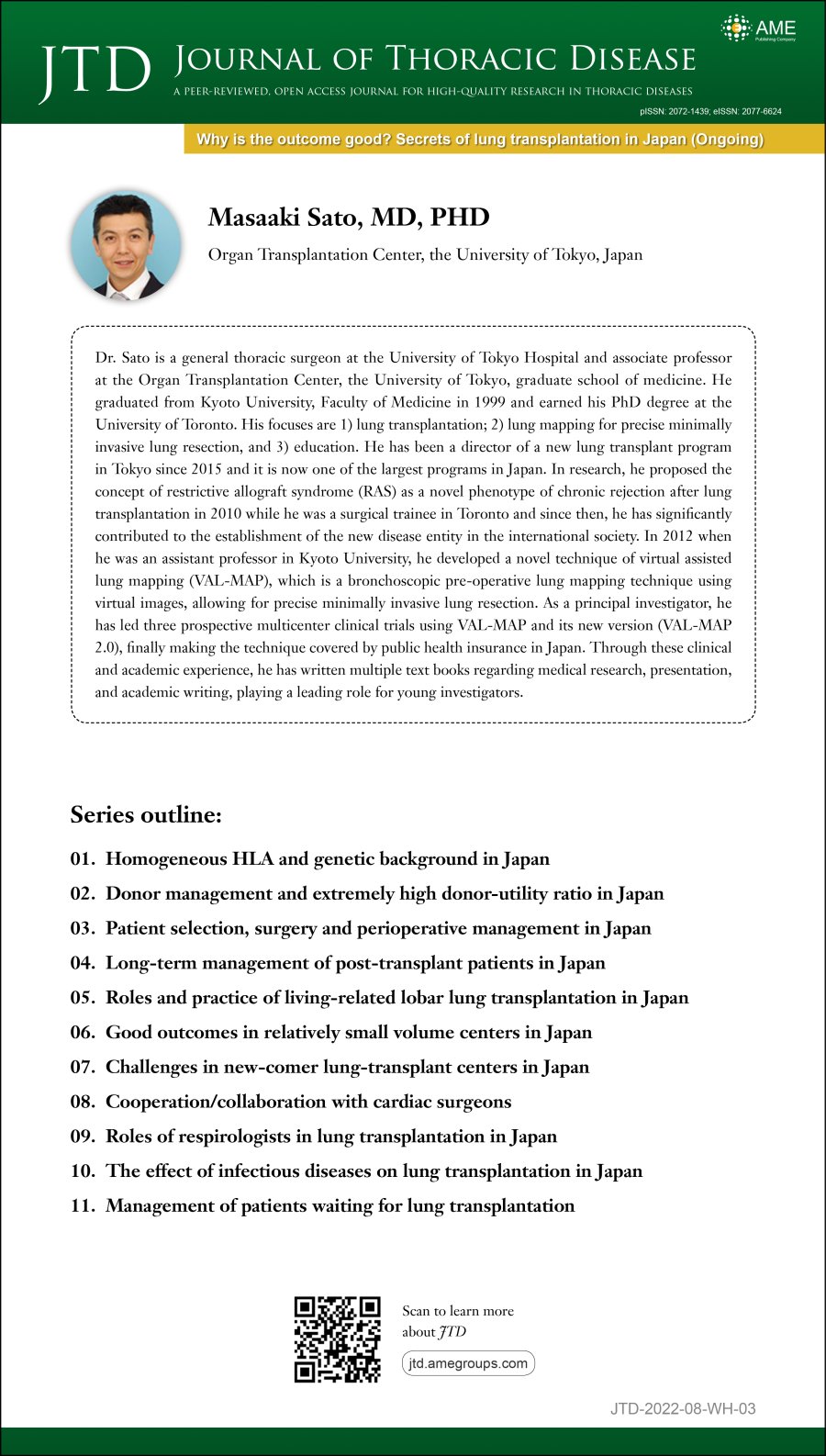 The series on “Why is the outcome good? Secrets of lung transplantation in Japan” is edited by Prof. Masaaki Sato from the University of Tokyo (Japan).

Dr. Sato is a general thoracic surgeon at the University of Tokyo Hospital and associate professor at the Organ Transplantation Center, the University of Tokyo, graduate school of medicine. He graduated from Kyoto University, Faculty of Medicine in 1999 and earned his PhD degree at the University of Toronto. His focuses are 1) lung transplantation; 2) lung mapping for precise minimally invasive lung resection, and 3) education. He has been a director of a new lung transplant program in Tokyo since 2015 and it is now one of the largest programs in Japan. In research, he proposed the concept of restrictive allograft syndrome (RAS) as a novel phenotype of chronic rejection after lung transplantation in 2010 while he was a surgical trainee in Toronto and since then, he has significantly contributed to the establishment of the new disease entity in the international society. In 2012 when he was an assistant professor in Kyoto University, he developed a novel technique of virtual assisted lung mapping (VAL-MAP), which is a bronchoscopic pre-operative lung mapping technique using virtual images, allowing for precise minimally invasive lung resection. As a principal investigator, he has led three prospective multicenter clinical trials using VAL-MAP and its new version (VAL-MAP 2.0), finally making the technique covered by public health insurance in Japan. Through these clinical and academic experience, he has written multiple text books regarding medical research, presentation, and academic writing, playing a leading role for young investigators.

Disclosure:
The special series “Why is the outcome good? Secrets of lung transplantation in Japan” was commissioned by the editorial office, Journal of Thoracic Disease without any funding or sponsorship. Masaaki Sato is serving as the unpaid Guest Editor for the special series.