J.J.B. (Jan) van Lanschot is currently Professor of Surgery at the Erasmus Medical Center and Erasmus University, Rotterdam, the Netherlands. He has held visiting professorships at the Universities of Adelaide, Barcelona, Hong Kong, Los Angeles and Stockholm. He has held a variety of managerial and executive positions both locally and (inter-)nationally including program director for surgical training at the Academic Medical Center (AMC) in Amsterdam, chairman of the Dutch Society of GI Surgery, board member of the Dutch Society of Surgery, chairman of European Digestive Surgery, chairman of the European Society for Diseases of the Esophagus, and secretary of the European Surgical Association. He is editorial board member of several scientific journals, including British Journal of Surgery, Digestive Surgery, Diseases of the Esophagus and World Journal of Surgery. His research interests currently lie mainly in the field of esophago-gastric surgery and particularly upper gastrointestinal (GI) cancers. He has published more than 350 peer reviewed articles and more than 50 books/book chapters.

The 2017 Shanghai International Forum on the Standard Treatment of Thoracic Tumors was successfully held in Shanghai, China from October 19th to October 21st. Conducting a thorough discussion on the hot issues of lung cancer and esophageal cancer as well as gathering both domestic and international thoracic surgeons to have a high-quality and deep-going exchange and study, the combination of which presented a grand feast to every participant.

Prof. J. Jan B. van Lanschot, from Erasmus MC University Medical Center, had two interesting talks on “The current role of lymphadenectomy in esophageal cancer surgery” and “Active surveillance after neoadjuvant chemoradiotherapy in patients with esophageal cancer” in the forum, which drew much attention from the audience. The JTD Editorial Office has the great honor to invite Prof. van Lanschot to have an interview with us, sharing with us his experience and perspectives on esophageal cancer treatment (Figure 1). 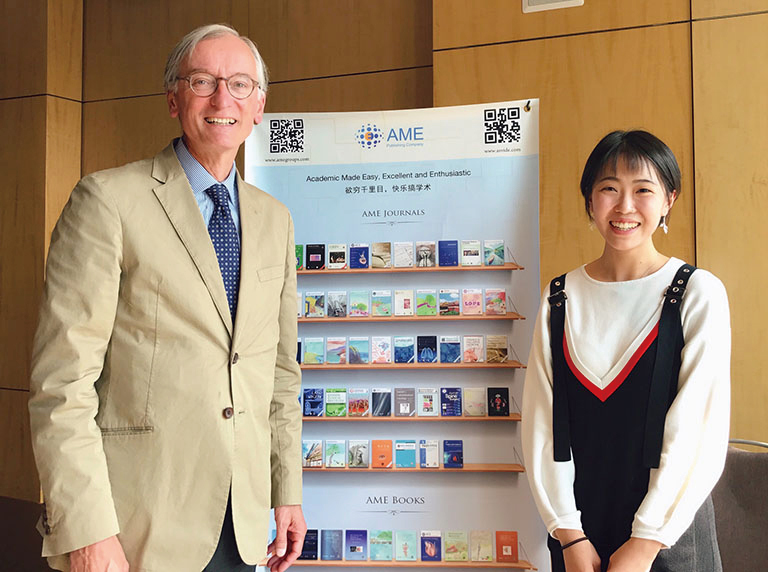 Prof. J. Jan B. van Lanschot, who is devoted to the study of esophageal cancer and upper GI cancer, has been working in the field of surgery for over 30 years. In 2002, Prof. van Lanschot did a randomized trial on “Extended transthoracic resection compared with limited transhiatal resection for adenocarcinoma of the esophagus”, which has been published in New England Journal of Medicine (N Engl J Med). Also, as the main participant in the ChemoRadiotherapy for Oesophageal cancer followed by Surgery Study (CROSS), Prof. van Lanschot enjoys a high reputation in the world.

During these years, he has swamped with a great variety of work, such as teaching students, giving surgical training, performing operations, doing clinical and translational researches and holding a lot of managerial and executive appointments. So, when asked how to keep a balance in work and life, Prof. van Lanschot considered that it is critical to be high-efficient and manage time successfully. And this kind of diversity in his life has made him focus on different aspects at different stages, bringing Prof. van Lanschot a flexible and meaningful life.

In the interview, Prof. van Lanschot briefly summarized the value of neoadjuvant chemoradiotherapy in esophageal cancer by comparing the development status and clinic trials from Japan, China and western countries (Europe, USA) and believed that neoadjuvant therapy plays a significant role of improving long-term survival of the patients. Besides, he shortly outlined the impact of lymphadenectomy on esophageal cancer surgery. Also, Prof. van Lanschot was glad to share his current research on upper GI malignancies after bariatric surgery with us. Over the last decades, morbid obesity has exponentially increased. Thus, bariatric surgery has been effectively performed in inducing weight loss and resolving comorbidities associated with morbid obesity. However, bariatric surgery can also lead to major diagnostic and treatment challenges in patients with upper gastrointestinal malignancies. Given this situation, Prof. van Lanschot started this research, aiming at analyzing and raising the awareness of this problem.

When it comes to the highlights of this forum, Prof. van Lanschot highly esteemed the standardized and skilled practice in endoscopic surgery and open surgery in China as well as considered the standardized treatment is the key to improve surgical outcome. Between the meetings, Prof. van Lanschot had an academic discussion with the experts of Cancer Hospital of Fudan University, thoroughly discussing the development of multidisciplinary treatment and highly appreciated their advanced working modes.

When looking back to the career as a surgeon and director, Prof. van Lanschot has long prided himself on being a good teacher. He enjoys coaching young researchers how to perform scientific and clinical research and develop their professional skills, “I’d love to see that my PhD students are holding important positions in institutions or organizations all over the world and making their efforts to do some valued research. It is the most rewarding thing for me”. 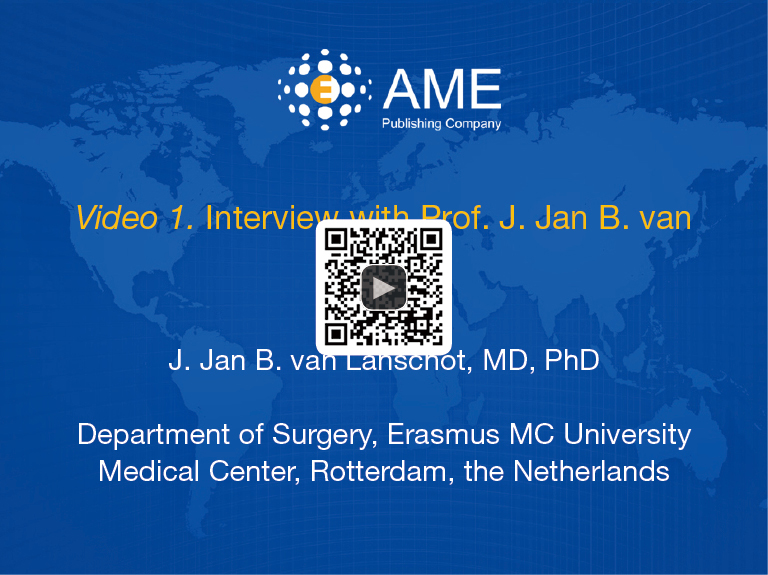 On behalf of the editorial office of Journal of Thoracic Disease (JTD), We would like to extend my gratitude to Prof. van Lanschot for sharing his opinions with us.