Prof. Chung Ming Chu: the potential and burden of ENB in Asia

The 2018 Asian Thoracic Cancer Care Summit was held successfully in Hong Kong from April 13–14, 2018. This summit is joined by internationally leading experts in thoracic surgery from all around the world. The theme of the meeting is “Overcoming Challenges through Collaboration and Innovation”, which is reflected in the diversity of the program with a broad range of topics across different specialties. During the meeting, AME was honored to conduct an interview with Professor Chung Ming Chu from Hong Kong Christian United Christian Hospital.

Prof. Chung Ming Chu (Figure 1) is a Consultant Physician of the Department of Medicine & Geriatrics, United Christian Hospital, Hong Kong. He was also formerly President [2007–2009] and Governor [2009–2013] of the American College of Chest Physicians (Hong Kong & Macau Chapter). Prof. Chu’s primary research interests are in chronic obstructive pulmonary disease (COPD), non-invasive ventilation, home ventilation and emerging respiratory infections. He led the fight against severe acute respiratory syndrome (SARS) in United Christian Hospital in 2003. He introduces electromagnetic navigation bronchoscopy to Hong Kong and pioneers its use. He was one of the authors on an Asian consensus guideline in managing solitary pulmonary nodule. Prof. Chu has published more than 70 scientific papers and book chapters on various aspects of respiratory medicine. He was awarded a Medal of Honor by the Hong Kong Government in 2004 for his work. 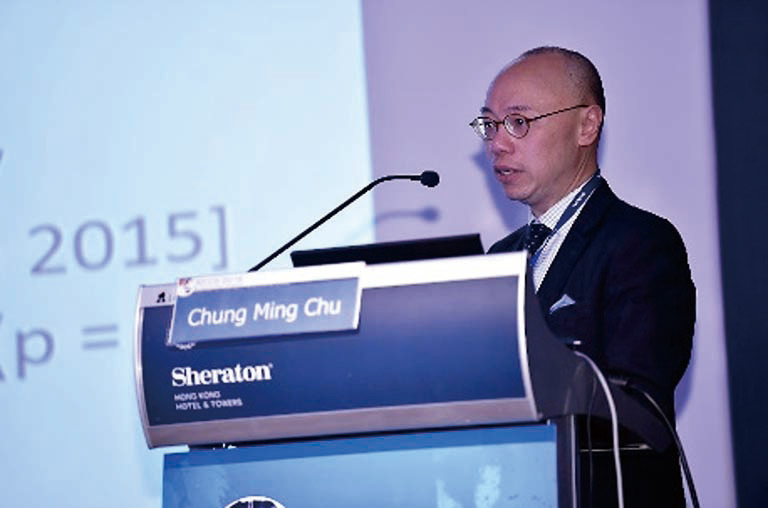 JTD: Out of the various medical disciplines, what makes you decided to particularly engage in the field of respiratory medicine?

Prof. Chu: Respiratory medicine is a very interesting medical discipline, in the sense that respiratory medicine is different from some medical disciplines which are very high-tech (for example intensive care unit, surgery and so on), and also different from other disciplines that are very high-touch in terms of connecting with patients, talking to them, diagnosing them and treating them. Respiratory medicine has a very full spectrum, with both high touch and high-tech aspects. You have various high-tech techniques, such as Bronchoscopy, Electromagnetic Navigation Bronchoscopy and so on. And in day to day practice, you come into contact with various patients, and you have to talk to them and offer them comfort. Patients can benefit more from these combinations of high-tech and high tough approaches. So it becomes a very interesting specialty in that I can work with my full spectrum of capabilities, rather than simply focusing on high-tech techniques or simply talking to patient, so it makes it very interesting for me.

JTD: What are the main development in the researches of ENB?

Prof. Chu: Globally, ENB started as an instrument to target small lung lesions, initially to biopsy these lesions to understand what they are. Nowadays it has moved forward instead of just diagnosing. The ENB platform can be used to treat some of these small lesions, for example, by doing radiofrequency ablation or microwaves treatment, or it can help the surgeon by placing marker to assist the surgeon to locate the lesion for removal. In Asia, I think the need for ENB is much higher than any other Western countries or United States, because we have a very high burden of lung nodules in Asia, particularly in China, Japan, and Korea and so on. And also, in these countries if you have a small nodule, very often we don’t know the nature. It can be a cancer; it can be tuberculosis. And in Asian countries even non-smoking patients can get lung cancer. So, this is the picture in Asia: first, it has a very high burden, and secondly the nature of the lesion tends to be rather indeterminate and we have to t rely on biopsy much more than in western countries to understand the lesion. So, the potential of growth in Asia is very high for ENB and other techniques to target small lesions. And I think the challenge is to train more bronchoscopists and have more hospitals to install similar systems so that more patients can be diagnosed and treated as soon as possible when the lesions are still small. That’s how I see Asian ENB developing.

JTD: What kind of challenges did you come across while introducing Hong Kong to this technique? Any interesting stories?

Prof. Chu: Hong Kong medical system is provided by the government so its revenue is tax-based, and therefore if you want to introduce new technologies, new treatment, and new drugs and so on, you have to go through a very lengthy process of applications and approval because we’re using taxpayers’ money. In the very beginning when I wanted to introduce ENB to Hong Kong, nobody knows what ENB is. The government official didn’t know it, so the first questions they asked are ‘is anybody doing it’, ‘is anybody certified in doing it’. I actually took the initiative of taking my own leave, paying for my own expenses to go to the United States to learn the technique and bring it back to Hong Kong. So that is one part of the challenge—nobody knows how to do it. I have to tackle it first before introducing to Hong Kong. Of course, I have to speak to various boards, various government officials and so on to convince them that this technology will benefit the citizens of Hong Kong in terms of diagnosing smaller lesion in the early stage, so that less patients would have to wait until the cancer becomes inoperable. The cost of that would be even higher than introducing ENB at the earlier phrase of the disease.

JTD: What do you think of the use of ENB in the early detection of thoracic cancer in Hong Kong? Is there any pivotal improvement needed?

Prof. Chu: I think the technique itself required a bit of training. Because even if the hospital has the system, if the doctors are not trained to do it, the system would be only left idling. So, I think one pivotal need would be to train more doctors doing it, and right now I’m training doctors all over Hong Kong and also in various Asian countries to do it. And the other challenge is the problem of anesthesia. In the very beginning when ENB was first performed it was done on the general anesthesia, but if you have to do every ENB cases on the general anesthesia, the volume that you can handle would be much restricted. So, in my center, I’m doing it under local anesthesia as well as conscious sedation, and that represents some challenge because the patient may not be well-sedated enough to receive the procedure so that means a bit of training as well. So right now, I’m training bronchoscopies in Hong Kong, how to do it under conscious sedation and local anesthesia. I’m also teaching that technique to other doctors in various Asian countries as well because in Asian countries the availability of anesthesia is sometimes restricted. If we do every case under general anesthesia, we cannot handle the volume, we have so big a burden. Another challenge would be the cost of procedure. Right now, it is rather expensive, and not too many hospitals or patients can afford it. So, I am hopeful that with the growth in volume, the company manufacturing these technologies can lower the cost to benefit a lot more patients.

JTD: As an experienced specialist and professor, do you have any words to younger physicians who would like to engage in your field?

Prof. Chu: I think first and foremost you always have your patients at the center of your heart, and without that, even if you master very good technologies, you cannot benefit your patients. Secondly, I think you have to strive for excellence and you have to think ahead. Sometimes the technology can bring you to this point but you have to think beyond, what more can be done to your patients, so you have to be forward-looking and innovative. Younger doctors nowadays want to specialize very quickly. They want to specialize very quickly so that they can be competitive, they can get promoted. I think in a way that is not wrong, but if you specialize too quickly, your process is quick but your plateau also, comes rather quick. When I was a junior doctor, I dabbled in various fields of medicine. I do renal medicine, critical care and anesthesia before I become a respiratory physician. Actually, I draw a lot of inspirations from other specialty. Although my development was a bit slower in the beginning, I gain more heights afterwards. I think that is very important to be able to broaden your perspective and horizons before you specialize in your own field. So that’s my word for junior doctors.

For more information about this interview, please check out the following video (Figure 2). 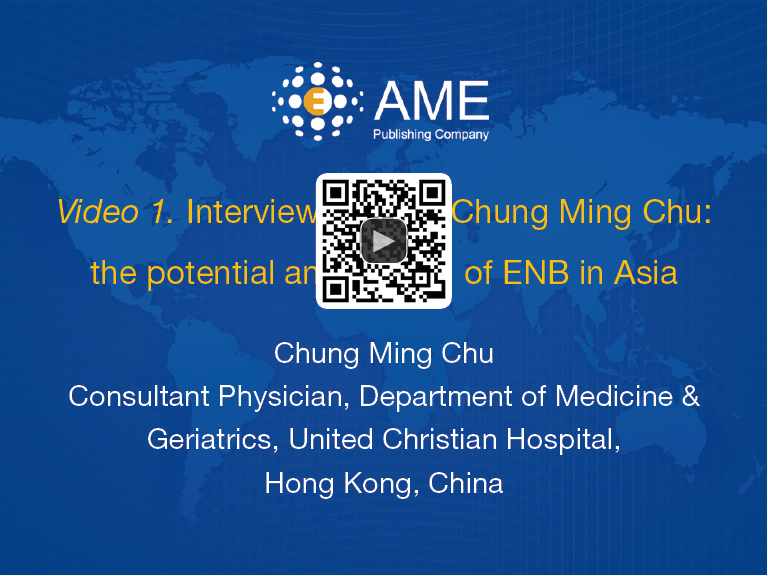