We read with interest the article published in your journal by Zeng et al. (1), reporting a case of infection by the multi-flagellated protozoon Lophomonas blattarum (LB) in an acute exacerbation of chronic obstructive pulmonary disease (COPD) (Figure 1). 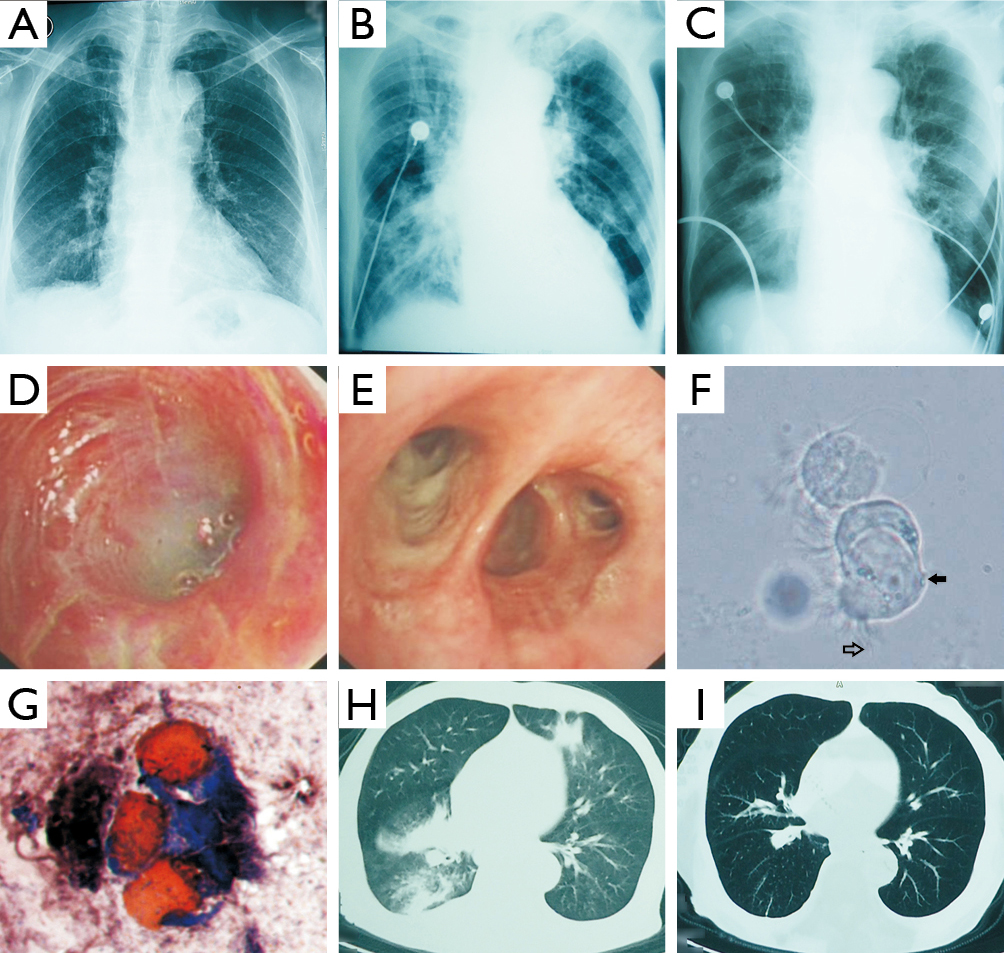 On carefully examination of the two of the images provided in the article (Figure 1F,G), we think that on balance this article may have misidentified respiratory ciliated cells for multiflagellated protozoon. Our concerns are based on a set of morphological features that we have developed to differentiate ciliated epithelial cells from flagellated protozoa under the light microscopy (2,3).

We believe that Figure 1F shows a small group of ciliated bronchial cells (similar to a Creola body) with two large nuclei occupying almost the half of the cytoplasm and numerous short, regular and well oriented cilia (rather than true flagella). Similarly, we would argue that Figure 1G probably represents three ciliated bronchial cells, as the cells are columnar in shape, with large reed nuclei located at the basal end and tufts of cilia located at the apical ends of the cells.

Leaving the morphologic considerations aside, it is true that a positive response to the therapy with albendazole is an important point to consider. However, albendazole and other similar drugs such as nitroimidazoles are highly active against gram-negative anaerobic bacteria (4), which can be the causative agent in acute exacerbations of COPD.

The majority of articles reporting clinical cases of LB have been written by Chinese authors but in a lot of them, as it has been pointed out by Mu et al. (5), ciliated bronchial cells may have been erroneously misidentified as multiflagellated protozoa. We are similarly conscious that the misidentification of epithelial ciliated cells as multiflagellated protozoa needs to be considered when respiratory samples are examined under light microscopy (6,7).

In the absence of culture or molecular techniques, strict morphologic criteria need applied during light microscopy.