From 1993 to 1996, the original Four Chinese Cities (4CC) study was conducted to examine the effects of outdoor and indoor air pollution on respiratory health symptoms and illnesses and lung function growth in elementary school children. Chongqing, Guangzhou, Lanzhou, and Wuhan were selected, as these cities had distinct pollution sources and provided a large gradient in outdoor levels of particulate matter (PM10, PM2.5) and gaseous pollutants (SO2 and NO2). At the time, characteristic sources were sulfur-rich coal combustion in Chongqing, motor vehicular traffic in Guangzhou, and an oil refinery coupled with coal combustion as well as sand/road dust in Lanzhou, whereas Wuhan did not exhibit a single dominant source as in the other three cities (1,2). The study design included an intra-city comparison by selecting one urban school and one or two suburban schools in each city. Respiratory health conditions were assessed via a questionnaire survey of all the participating children (n=7,557) and their fathers and mothers (3,4). In a randomly selected subset of the children, lung function measurements were made using spirometry approximately every six months on each child from 1993 to 1996. Major findings of the 4CC study include the following: (I) across the four cities, significant positive associations were found between the prevalence of respiratory morbidity in children and outdoor levels of PM of all size fractions, although the association appeared to be stronger for coarse particles (PM2.5-10). Children’s respiratory symptoms were also positively associated with ambient levels of NOx and SO2 (3) and indices of ambient air pollution mixtures (5); (II) household coal use for cooking and heating, environmental tobacco smoke (ETS), and poor kitchen ventilation were each independently associated with increased reporting of respiratory symptoms in children (6); (III) increased exposures to ambient PM2.5 and PM10 were associated with both a lower magnitude and a lower growth rate of children’s lung function (7). (IV) household coal use was significantly associated with reduced lung function growth, whereas the use of household ventilation devices (e.g., fume hoods, fans) was significantly associated with higher lung function growth, particularly among children living in households where coal was used as a cooking and/or heating fuel (8).

Since the original 4CC study, each of the four cities has undergone substantial changes in many aspects of the life—increased GDP; expanded city boundaries; population growth; and rapid increases in numbers of motor vehicles that far outpaced the expansion of roadways. These changes, accompanied by changes in lifestyle and behaviour, have inevitably affected outdoor and indoor air quality. All of these changes have raised important public health questions. Do these changes affect people’s health? If so, are people getting heathier while getting wealthier? By leveraging the historical data collected in the 4CC study, a follow-up study, named 4CC2 study, was carried out in 2017–2018 in elementary school children living in the same four cities using the 4CC study questionnaire (with slight modifications to accommodate potential new risk factors such as home dampness/mold, home interior decoration, and air freshener use). The 4CC2 children were recruited from the same schools or when this was not possible, a school as close to the original school as possible. In the case of Guangzhou, since the original suburban area no longer existed, we selected a school from the adjacent city of Shenzhen. From 2017–2018, questionnaire surveys were administered to obtain data on respiratory symptoms and illnesses of all the children and their parents. In total, 9,646 children participated in the questionnaire survey and 2,760 children also underwent spirometry. The goal of the 4CC2 study is to identify new residential (focusing on indoor air quality) and behavioural risk factors for respiratory health and children’s lung function through cross-sectional analyses of the 2017–2018 data and by comparison between the 4CC and 4CC2 data. The findings of these analyses are being reported in a series of peer-reviewed manuscripts accepted by the Journal of Thoracic Disease (JTD). These manuscripts will be organized into two focused issues in the Air Pollution Section of the journal.

As guest editors, JZ orchestrated while HK and HMK managed peer reviews for these focused issues. This issue of the JTD Air Pollution Section contains the first 7 of the manuscripts. (We anticipate another 4 to 5 manuscripts from the additional 4CC2/4CC analyses as part of a future focused issue). Among the 7 articles included in this issue, one reports the trends in ambient air pollution levels and PM2.5 chemical composition in the four cities from 1995 to 2017 (9); one compares prevalence of respiratory diseases in relation to smoking rate in children’s parents between the 1993–1996 period and the 2017–2018 period (4); two articles report socioeconomic, parental, and/or residential environmental risk factors for children’s respiratory health during the 2017–2018 period in Chongqing (10) and in Guangzhou-Shenzhen (11), respectively; two reports address changes in children’s respiratory morbidity across the two study periods in relation to changes in parental and residential risk factors in Chongqing (12) and Lanzhou (13), respectively; and the final article reports the relationship between long-term PM2.5 inhaled dose and children’s lung function in Lanzhou (14).

Taken together the findings reported in these individual articles allow us to conclude that ambient (outdoor) levels of PM and SO2 have substantially decreased, while PM2.5 chemical composition changed in the four cities from the 4CC study period to the 4CC2 period. Based on city-specific analyses of the data from two of the cities (Chongqing and Lanzhou), the prevalence of children’s wheezing was significantly lower in the later period in both cities; and the prevalence of asthma and that of asthma-related symptoms were also lower in the later period in Lanzhou (12,13). While lack of kitchen ventilation devices, coal use for heating, and parental smoking were significant risk factors for children’s respiratory health in the earlier period in both cities, these risk factors were substantially less prevalent in the later period and were no longer significantly associated with children’s respiratory morbidity (12,13). Although the focus of the 4CC and 4CC2 studies is on children, certain parental data collected as part of the studies can be used to assess the effects in adults. Such an analysis found that the prevalence for asthma and chronic bronchitis in the parents were lower in the 2017–2018 period than in the earlier period; a substantially decreased paternal smoking rate may have substantially accounted for improvement in these respiratory diseases (4).

City-specific analyses were performed using the 2017–2018 survey data to identify specific-specific contemporary risk factors for children’s respiratory health and lung function. These have been done so far for Chongqing, Lanzhou, and Guangzhou-Shenzhen. Home dampness and/or the presence of mold was consistently associated with an increased risk for children’s respiratory symptoms and illnesses across all of these cities (10,12,13). Other risk factors identified in Chongqing include poor ventilation, frequent use of hygienic incense and mosquito coils, and frequent use of air fresheners (for lung function). In Guangzhou and Shenzhen, a composite index for household environmental quality was associated with respiratory symptoms and lung function (12). Moreover, several protective factors for lung function were identified in Chongqing, including eating vegetables, fruits and dairy products as well as daily exercise for more than 1 hour (10). Breastfeeding is a significant protective factor for asthma diagnosis and asthma-related symptoms in Lanzhou (13). Analyses of the combined data from the four cities are being undertaken to find common risk factors across all these cities.

In the 4CC study, an effect of ambient PM2.5 (PM10 similarly) was only observed when all the children from the 4 cities were included, as exposures were estimated at the community/school level. Using a recently developed air pollution modelling approach, Li et al. assessed exposures at the personal level and coupled with inhalation rates to generate inhaled doses. This novel approach enabled the authors to observe a significant association between increasing PM2.5 dose (averaged over a year or longer) and reductions of lung function in children from Lanzhou (14). The finding is important as it implies that even across children living in the same city (attending the same schools), those with higher personal PM2.5 exposures due to proximity to localized sources are likely to have lower lung function.

While results are pending from more analyses of the unique dataset to identify city-specific risk factors for Wuhan and to assess all-cities combined changes in respiratory morbidity and lung function in relation to changes in risk factors from the 1993–1996 period to the 2017–2018 period, the manuscripts in this focused issue provide timely city-specific insight as to specific risk factors and health consequences resulting from historical changes. These insights can guide public health policies, guidelines, and practices aiming to improve children’s respiratory health and lung development.

Dr. Kipen was supported in part by NIEHS P30 center 005022 and NIH/CATS UL1TR003017. We wish to thank Ms. Tina Chu Pei and Dr. Guangqiano Zeng from JTD for their persistent support to make this focused issue possible.

Provenance and Peer Review: This article was commissioned by the editorial office, Journal of Thoracic Disease for the series Children’s Respiratory Health and Air Quality. The article did not undergo external peer review.

Conflicts of Interest: All authors have completed the ICMJE uniform disclosure form (available at http://dx.doi.org/10.21037/jtd-19-crh-aq-preface). The series Children’s Respiratory Health and Air Quality was commissioned by the editorial office without any funding or sponsorship. JJZ served as the unpaid Guest Editor of the series and serves as an unpaid editorial board member of Journal of Thoracic Disease. HMK was supported in part by NIEHS P30 center 005022 and NIH/CATS UL1TR003017. The other author has no other conflicts of interest to declare. 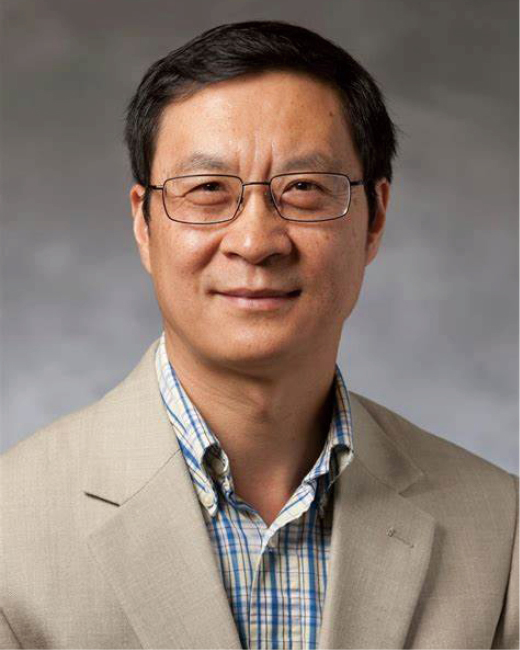 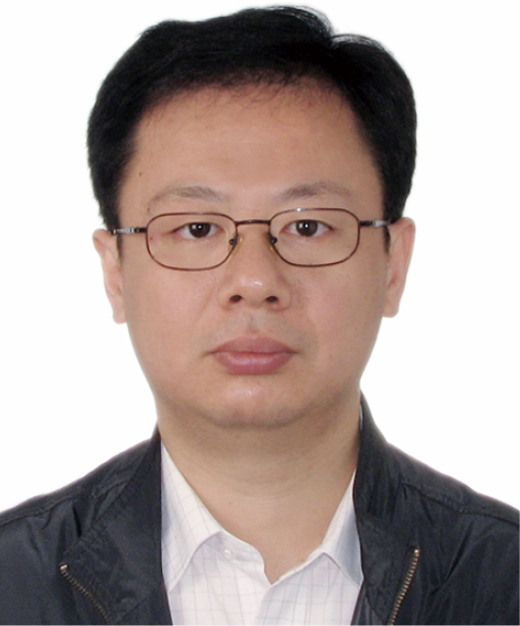